Baidu: The Art of making a Hit 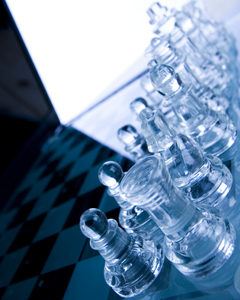 Often referred to as the ‘Google of China’, the largest search engine used in the country -- currently enjoying more than 60% market share there, and pegged as the fourth largest in the world with a market value of US$3 billion, Baidu provides an index of over 740 million web pages, 80 million images and 10 million multimedia files.

Besides images and text search, Baidu also provides these other services:

Also, just like Google, Baidu uses the pay-per-click model for ad revenues.
Aptly named because it means ‘hundreds of times’, Baidu represents the persistent search for the ideal. According to Baidu’s founders’, a poetic Chinese name was chosen so that its heritage would never be forgotten. The Chinese search engine’s popularity boils down to its multimedia support features – it can locate files in MP3, WMA and SWF formats.

Baidu’s success story is nothing short of phenomenal, achieving what no other Internet company has been able to repeat to-date: thrashing search engine giants Google and Yahoo! on home ground.

The company is steadily continuing to gain market share in China, another remarkable feat because it does so in spite of heavy censorship from the Chinese government which tends to give priority to advertising rather than relevant search results. However, in exchange for letting censors oversee its Website, Baidu has gained the support of the Chinese government, which again increases its dominance in the market. Google in China on the other hand, is regularly blocked and is subject to the same strict rules and censorship imposed by the government on other foreign Internet companies.

A Brief History of Time

Baidu was founded by Robin Li (currently the company’s CEO and Chairman) and Eric Xu in 1999 – essentially, on the eve of the dotcom crash. The partners raised US$1.2 million from two Silicon Valley venture capital firms, Integrity Partners and Peninsula Capital, and with their seed money in hand flew to China where they founded Baidu in a hotel room overlooking Beijing University's campus. Nine months later, in September 2000, two other venture capital firms, Draper Fisher Jurvetson and IDG Technology Venture, pumped another $10 million into the startup.

Initially, Baidu started out offering search services to other Chinese portals but it was not long before it shifted its focus to developing its own stand-alone search engine. Some members of Baidu's board of directors opposed the shift, saying it would turn customers into competitors. However, Li stuck to his guns, sensing a shift in the market after watching the success of Overture, a company in Pasadena, California that sold advertising space correlated with search results.

Hence, September 2001 saw Baidu begin its own site - Baidu.com. While it did look almost exactly like Google's no-frills home page, it had a major advantage in hand - even before Google launched pay-per-click, Baidu allowed advertisers to bid for ad space and then pay Baidu every time a customer clicked on an ad. This strategy paid off in a big way as small and medium-size companies in particular loved the idea, resulting in the site attracting huge amounts of traffic. The rest as they say is history. Baidu turned in a profit in 2004. By this time, Li was already pushing for an initial public offering in the United States, insisting it would be a huge branding event for a company that had come to be called "China's Google."

A Path of Roses it has been not

Despite this, there were of course still the company’s detractors and nay-sayers. Many analysts said Baidu's stock was ridiculously over-valued. It eventually tumbled to as low as US$44 before rebounding. In addition, at the time of the I.P.O., some critics attacked Baidu's zealousness for ad revenues. Its critics noted, for example, that a Baidu search for the word "heart attack" turned up ads for hospitals that paid for top spots in results rather than returning information on heart attacks itself. In comparison, Google and Yahoo more clearly separate ads from relevant search results by placing them on the right side of the page.

Baidu no doubt still faces many challenges ahead. For one, their management is under constant pressure to deliver knock-out growth every quarter, and to be constantly ahead of their nearest competitor by a high margin. This will not be easy with both Google and Yahoo! training both eyes on China and aiming to pump millions of dollars into the country’s Internet industry. Yahoo! already has one leg in with its merger of operations with Chinese Internet company Alibaba.com. Google is also not content with sitting pretty and has been focusing on building up a huge research team in Beijing. Analysts note that both Google and Yahoo! will be fierce fighters and warn that Baidu should watch its technical side, which has come under fire before by critics.

A key question many analysts still ask though is if Baidu can continue to withstand competition from two Internet giants which boast superior technology and are more global. China has approximately 130 million Internet users which makes in second in size to the American market. With China claiming the title of the word’s fastest-growing major economy, many analysts surmise that it will be the site of the next great Internet battleground.

Some analysts have noted that entrepreneurs in China have a strong resilience and tenacity to foreign competition and even have a knack for knocking-out many of them. After all, the Chinese market is littered with the wreckage of American Internet companies that have failed to dominate. For example, in 2003, eBay bought the largest Chinese auction company and then promptly lost market share. In 2004, Amazon bought the largest Chinese online merchandiser - and almost just as soon, lost market share too.

Analysts have observed that despite their strong brand names and their money, the globally dominant US Internet companies have yet to take the No. 1 market share position in any category in the Chinese Internet market. Many point to the observation that there is something fundamentally different about the Chinese market. It is this fundamental difference that has led some analysts to believe that Baidu will retain its hold on the No. 1 position in the country and that the real battle is going to be about who’s going to be No. 2 instead.

Li is not fazed by the competition noting that Baidu's model is working supremely well and that the company has built a loyal base of users who value its search capabilities. "At the end of the day, if a user finds relevant information, they'll come back," he quoted.

Profit and revenue-wise, Baidu has made its presence felt. Baidu’s revenue jumped 190 percent in the first half of 2006 to US 49.9 million, with profit soaring to the giddy heights of 550 percent, to US$11.7 million. A major reason for it being such a ‘hit’? Baidu’s website attracts millions of young people eager to download music files, create blogs and search for the most popular images. That Baidu is playing to a whole different drum beat is simply an understatement. Research has shown that the Chinese are far more interested than even the Americans in entertainment. However, having said all this, Baidu’s revenue earnings are still a far cry from Google’s revenues – estimated to be around US$7 billion in 2006.

On the legal side, Baidu has also faced its share of problems including lawsuits by music companies such as Warner, claiming that the Internet company has violated copyright laws on music files. Baidu’s response to this it that it does not believe it should be held responsible for simply offering linking to other sites.

Not surprisingly, in a country rampant with claims of click fraud, Baidu’s name has not emerged unsullied, with a Beijing hospital claiming that Baidu orchestrated a scheme in which a Baidu affiliate kept clicking on the hospital’s ads to increase the fees it had to pay the company. Baidu’s answer to this is that it actively policies click fraud.
Despite these hurdles, it still remains that no Internet company in China is growing as fast as Baidu.

Giving users what they want

Baidu is not being overwhelmed by the obstacles in its way or by the ferocity of its competitors. The company is staying firm to its corporate mission of providing the best way for people to find information in the Chinese language. In order to do this, Li advocates listening carefully to their users’ needs and wants and always asking themselves the following core questions: Have they collected all the Chinese web pages users want to see? Have they returned those search results instantly?

In addition, the company believes in constantly making improvements to their products and services. An example of this, the introduction of “phonetic” or “pinyin” searches, which allows Baidu users to type in Chinese keywords using the English alphabet.

On top of serving individual users, Baidu also serves as a media platform for online marketing customers. The company’s marketing products and services use a Pay for Performance model which it believes is a much more cost effective and measurable model than the traditional flat fee charges of other online advertisers.

Extending this philosophy, Baidu has gone on to forge powerful alliances and aggressive expansions. In December 2006, the company announced a strategic alliance with Microsoft on paid search services. This alliance enables Microsoft to display Baidu's paid search listings on the search results pages of certain Microsoft websites, including MSN, Live, and other partner websites in China.

December 2006 was also memorable for Baidu, because it announced its decision to expand its footprint into the Japanese search market in 2007.

Commenting on this then Li noted, ''Since our successful listing on NASDAQ in 2005, we have been committed to delivering the best user search experience in Chinese language search and creating exceptional value for our shareholders. We believe that our proven strength in non-English language search, the high internet penetration in Japan, as well as similarities between the Chinese and Japanese languages make this market an ideal next step for Baidu.''

Baidu conducted more than six months of extensive research into the development of Japanese language search technology before it announced its decision to enter the market.

It definitely looks like there is no turning back for Baidu and that there is more to come from this Chinese company.