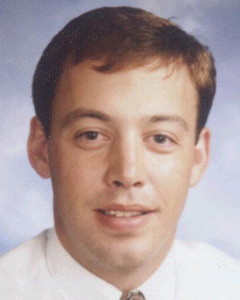 eCRM has been pushed to the forefront as the Internet has become more and more important in business, with many companies considering it an opportunity to reduce customer service costs, better engage and tighten customer relationships and most important, further personalize marketing messages.

Going hand-in-hand with sales force automation (SFA), which uses electronic methods to gather data and analyze customer information, eCRM can in its simplest form be defined as activities to manage customer relationships by using the Internet, web browsers or other electronic touch points. There’s no doubt the fast-pace of Internet technology and its ubiquitous access has been driving the evolution of eCRM. With Software-as-a-Service (SaaS) seeing a lot of traction and adoption, there is also now, SaaS CRM.

To find out more about the current state of SaaS CRM and its major trends, Asian eMarketing caught up with Springboard Research’s COO and EVP, Sales & Marketing, Chris Perrine who gave us his insights on this major technology.

He notes that the current trend of organizations seeking to better manage and ultimately reduce upfront IT-related capital expenditures ensures the continued strong growth of SaaS CRM. “In fact, by 2012 we expect SaaS CRM to represent 48% of the total APEJ CRM market. Nonetheless, the short-term drop in total IT spending has negatively impacted SaaS CRM-specific spending, even as SaaS CRM grows as a percentage of total CRM sales,” says Perrine. However, despite this drop, the research firm predicts that the SaaS CRM market in the Asia Pacific excluding Japan (APEJ) will reach US$570 million by 2012.

In fact, Springboard Research believes that SaaS CRM SaaS CRM will remain one of the fastest growing markets in the region, as CRM penetration is still relatively low. Elaborating on this, Perrine says, “The convenience of the on demand mode, particularly ease of use and management, lower cost of ownership, and simplified deployments, has contributed to the growing momentum in the market. This, coupled with the availability of standard processes and best practices delivered with these applications, make SaaS CRM an attractive proposition for those who do not have any CRM processes internally.”

According to Springboard Research, the SaaS CRM market in the Asia Pacific is further strengthened by steadily expanding broadband penetration, the primacy of business imperatives which drive CRM adoption and the overall dynamism that key markets in the region will continue to experience despite the global slowdown in economic growth. CRM investments have traditionally been confined to larger enterprises. However, there is growing understanding that irrespective of the size of the enterprise, formalizing and optimizing customer-facing processes is critical to business success. Enterprises are also embracing CRM as they struggle to manage strong growth over the last several years; see increased exposure to global best practices, and feel the imperative to meet customer expectations and gain a competitive advantage.

Springboard’s research reveals that that CRM is now the most frequently used on-demand application after email; 29% of all respondents to Springboard’s survey last year state that they use SaaS CRM in their enterprises. The survey also highlighted that a majority of SaaS CRM deals are done direct via face-to-face interaction with an account manager from the vendor, while online sales was the second most popular channel.

Commenting on the challenges facing SaaS CRM adoption, Perrine draws from Springboard Research’s 2008/2009 survey on SaaS yet again. "The single largest barrier to overall SaaS adoption," says Perrine, "is the presence of well-functioning on-premise applications, as cited by 28% of the respondents to our survey, who do not use SaaS and who have no plans to adopt SaaS.  However in 2009, SaaS providers had a favorable external environment for making opportunistic sales by highlighting lower upfront cost and low maintenance issues."

“Not sure about its benefits”, cited by 21%, is the other significant reason that was also frequently brought up in the survey. Commenting on this, Springboard Research advices that vendors therefore must still invest significant resources in marketing activities and reach out to customers through partners to promote understanding of the market.

The highest percentage of respondents (34%) mentioned “Other” reasons when it came to not embracing SaaS CRM. Reasons here ranged from ‘corporate decision’, ‘prefer to build own application’, ‘SaaS is for SMEs’ and ‘SaaS is still a concept’. Springboard Research believes that a large percentage of these enterprises can be converted as vendors expand marketing initiatives and better leverage channel partners with local credibility and market awareness.

What all these statistics show, says Perrine, is that CRM will continue to help drive the growth of the SaaS market across APAC as it is among the most mature market segments. “The acceptability of SaaS CRM is high due to a large existing customer base, a strong vendor ecosystem, and most importantly, a pent-up demand for CRM capabilities and solutions in the region,” he explains.

And just where does Mobile CRM fit in here? Perrine believes that Mobile CRM is an important part of CRM and for anyone with a mobile workforce, it is a key enabler that drives more rapid response and efficiencies from their employees.  “Calling it the future of CRM is taking it a bit too far, but it is a key element and something that will grow in importance as mobility solutions continue to innovate and improve,” says Perrine.

When it comes to the key vendors in the CRM and eCRM space, there are no surprises here. Perrine says that Salesforce.com is the dominating player in the SaaS CRM market and in many ways has been instrumental in developing the SaaS market in the region. “It was the first global brand to have a large presence in the region outside the Australia market. To further drive growth in APAC, the company has announced plans to set up a data center in Singapore (its first outside of the U.S.), as well as a network operating center to monitor its multiple data centers 24x7,” he elaborates.

According to Springboard Research, Salesforce.com accounted for 52% of CRM SaaS revenues in the region, followed by NetSuite (9%), and RightNow and Oracle with 7% each (Figure 10). The rest of the market is comprised of local, regional and global players, including Microsoft, Sugar CRM and SAP in the hosted mode. 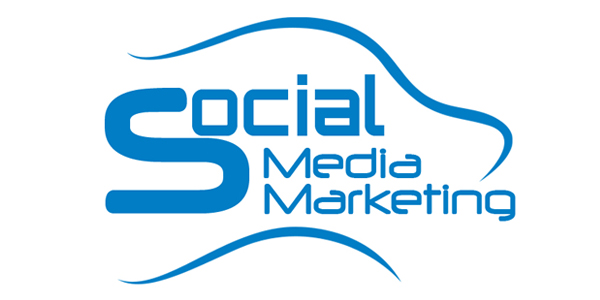