In the Internet Age The Customer Remains More Than Ever King! 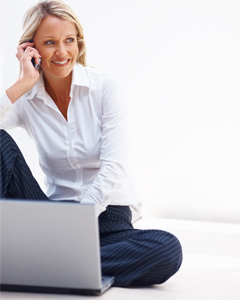 That the customer would be the big winner in the Internet age seemed for many very doubtful just a few years ago, but that’s accepted as general knowledge today.

Even the most conservative supporters of the "old economy" have to admit that the consumers’ of goods and/or services through the Internet accrue such enormous power that they often can show the ropes to vendors. In the age of total global comparability of things such as online auctions, power shopping, electronic price agents and virtual shopping networks, the customer is absolute king. Anyone who dreams of getting a piece of the big cake is well advised to study this phenomenon closely.

It’s especially those who have a traditional education in economics or extensive practical experience as a marketing professional who will be the ones that have to learn and re-learn most, because to some extent the laws of social economy are nowadays rewritten. Many processes and coherencies that we love to take for granted are questioned by the new opportunities global networking has to offer or are even turned into their opposites.

In a nutshell: our supply-oriented economy is transforming itself into a demand-oriented one, evoking that things like credibility and depth of information are more important than big brand awareness. Instead of forcing yourself on the customer, it is now the responsibility of providers to satisfy the wishes and needs of the customer as perfectly and precisely as possible, but especially arranged up-front before someone else does. Customer loyalty is the keyword here.

Knowing your customer counts most

Knowledge is another story, as many mistake it with information and companies usually have quite a lot it. Usually it is hidden in databases or a shoe box in the office basement, in the form of postcards from the last raffle, but regrettably nobody had yet found the time to record it and thus make it digitally available. This is not knowledge, or at best it is useless knowledge. Instead, it is the raw material that can generate some knowledge with a bit of skills.

Today, most owners of information are focusing on technology in order to accelerate this transformation process or at least to set it in motion. They choose for instance software solutions for the so-called customer relationship management (CRM) system, but in practice, many projects remain pure isolated applications. This is mainly due to the fact that in such projects, the technical functionality is in the foreground and not the customer himself. And in doing so, the actual purpose of CRM simply gets forgotten which is increasing shareholder value through improved customer selection and customer acquisition as well as through increased process efficiency. Please keep in mind that the customer should not be “managed” only, although an essential prerequisite is the knowledge of the identity of the customer.

And as we live in the digital age it is more specifically the digital identity, which has advantages and disadvantages. The advantage is that such identities are actually perfectly suitable for electronic processing. The disadvantage is that each of us usually has more than one or even many digital identities which do not always have to reflect the reality. Or to describe it with a common saying: "On the Internet nobody knows you're a dog". The anonymity of the Internet entices many to tell untruths about themselves, as nobody seems to be able to figure out what's true anyway. This fact creates a blur, which can become annoying, if items are sold over the internet or online deals get closed.

Among experts of the so-called identity and access management scene, a sub-discipline of IT security on the one hand and of eBusiness and eCommerce on the other hand, a fierce debate has unfolded over something that is fought out under the first somewhat confusing term “user-centric identity”.

It’s a matter of complex technical system descriptions such as OpenID or Identity Federation on one side, but on the other about the prevailing trend of the “participatory internet” in the wake of Web 2.0 that puts the user/customer in the center of efforts and gives on top most extensive freedom in the choice of means and goals of communications. In its essence, "user-centric identity" is about giving the user the control over his identity information (back).

The digital identities of users are nowadays usually stored in many different places. Each time the user wants to use a new website or a new application, he is forced to type in a combination of his username and password. Since the different systems rarely use the same syntax, a different combination is needed as well. The consequences are forgotten passwords and frustrated consumers, or even worse, a higher degree of uncertainty, which everybody should be able to relate to as it is only human.

If the user can’t remember things, he usually writes it down, which means that usernames and passwords are often clearly readable on sticky notes, posted directly on the screen or in the top right desk drawer. Instead of a reasonably secure password, which consists of random letter and number sequences, the average consumer uses the first name of his wife, his favorite car brand, or the name of his pet.

Several computer companies have started to fight this "identity chaos" - spearheaded by Microsoft with its system called "CardSpace" that has been presented with their operating system "Windows Vista". CardSpace” provides users with the ability to define electronic cards and save them on their hard drive. These can be used like a "real" credit or debit card, which means that if the user reaches a Web page that requires personal information of him, the request of the provider automatically triggers a response from the customer's PC. It just pulls out the card which contains the necessary information - not more, not less. The customer will even be asked if he is willing to pass on this information beforehand. If not, the browser stops the process immediately. But this is only the beginning. Part of the OpenID concept, which is also pursued by Microsoft, is the creation of authentication points, where the user can get the authenticity and veracity of his digital identity information certified, as for instance his CardSpace cards. In this case, there is no need for the user to give any identity information to the operators of online shops. Instead, the request is diverted to the certification authority, which solely confirms the information of the user, as for instance: “I am female".

The potential of such virtual customer cards goes far beyond the simple registration on a website. The fact that information can be aggregated from various identity stores and provided in any summing-up makes it more and more easy for the customer to release personal information - or not. Some shortsighted vendors already complain by claiming that this could be the end of CRM according to the motto: “Now we have bought these expensive systems whose purpose are to gather as much information about customers as possible and now the customers start to refuse giving them out." In reality, user-centric identity is a great opportunity for vendors to develop with his customers a basis of mutual trust. If I know what my provider knows about me and if I am sure he will use such information only to my advantage - for example, better book recommendations, such as from Amazon, based on an always more stringent customer profile - then I most probably will be much more willing to enter into a regular customer relationship with this vendor.

In the world of Web 2.0, the supplier will have to play with open cards. Who gives control back to the customer creates a new form of transparency, which is actually a pre-condition for successful online business. Your customers will thank you with loyalty and most probably additional sales and thanks to automation, this can even be achieved at very low costs and be a win-win for all. 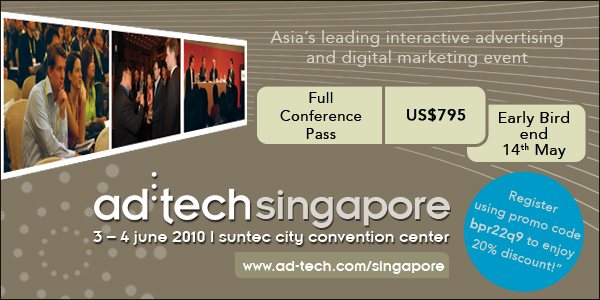