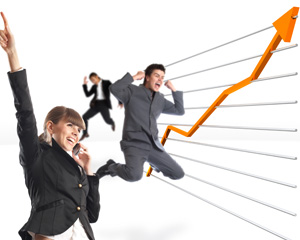 The independent search marketing specialist and technology firm Greenlight reveals the big winners and losers, visibility-wise, from Google’s Panda algorithm update, which has been designed to improve Google’s ability to detect and devalue “low quality content”.

Because of the widely held perception that Panda was designed to tackle content farms, Greenlight chose a broad keyword set that reflected the kind of informational searches that content farms tend to target. These informational searches were split across 10 verticals: automotive, beauty, fashion, finance, health, home improvements, marketing, sports, technology and travel. As rankings were tracked on a daily basis, Greenlight built up an accurate picture of the sites that tended to consistently rank for a large number of keywords in the data set, which it compared to ranking data after Panda.

As soon as Panda was released, Greenlight built a sample keyword set and started tracking visibility for this keyword set on Google.co.uk on a daily basis, revealing now that the winners are largely made up of well known news sources such as The Guardian, The Telegraph, Yahoo.com, Times Online and The BBC, along with YouTube and a couple of other sites.

Meanwhile, big losers appear to include article and content directories such as HubPages and Ezine Articles, review sites like DooYoo.co.uk, "how too" sites like Videojug and eHow. Most devastatingly of all, another review site, Ciao, has lost 99% of its search engine visibility in Google.co.uk.

“Naturally in an algorithm update of this scope, there have been numerous smaller niche sites that have both gained and lost from Panda, many of which would appear in the table below if we focus only on pure percentage gains or losses in reach”, say Adam Bunn, Director of Search Engine Optimization (SEO) at Greenlight. “Whilst the data is available, we feel the most immediately interesting stories are to be found in the fortunes (or misfortunes) of the bigger, more well-known sites that appear in the list.”

Greenlight notes the effects of big algorithm updates tend to last a while, with ranking fluctuations occurring for several days or even weeks. Given this being early data, Greenlight will be following up once things have had a chance to settle down, to see if anything has changed.

The average aggregate reach of sites pre- and post- Panda is shown in the table below along with the percentage change in reach. 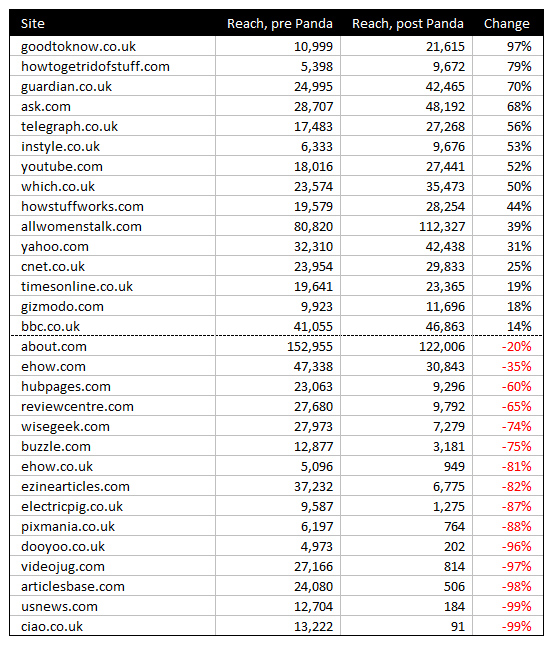