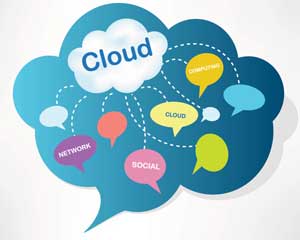 According to Frost & Sullivan’s predictions, the coming year will be a significant year for the ICT industry globally and in Asia Pacific respectively, as many trends in the industry gain momentum.

Andrew Milroy, Vice President, ICT Practice, Frost & Sullivan Asia Pacific says, “Against this background, the market for public cloud computing is set to reach US$5.8 billion by 2015, growing at a CAGR of 39% between 2010 and 2015."

“The impact of the shift to cloud computing will become apparent. One of the first obvious effects of this type of technology is the cloud-driven transformation of whole industries. The IT industry itself is being transformed by cloud computing as consumers and businesses depend, to a greater extent, on smartphones and tablets.”

Platform-as-a-service (PaaS) is set to be the new battleground in the cloud computing industry as PaaS vendors seek to attract developers to their platforms. Today, Force.com has a huge advantage over other platforms as a result of its early entry into the market. Over the last 18 months or so, however, new platforms have come online, supported by major vendors such as Microsoft, Amazon, IBM, Google and VMWare. Two or three platforms can be expected to dominate as a critical mass of applications is developed on each. Other areas with high potential growth include Enterprise Communications and the Telecom sector.

The Enterprise Communications market for the entire Asia Pacific was valued at US$4.32 billion in 2010 and the industry is growing in general at about 10% year-on-year, which is very positive. There has been increased consolidation as the industry matures, driven by key players like Cisco, Microsoft, or IBM. In general the services side of enterprise communications and UC (utility computing) has seen increased interest from corporations, who are now more open to having a utility based pricing model on the cloud (pay depending on usage or over a period of time) as compared to CAPEX investment which was capital intensive.

According to Pranabesh Nath, Industry Manager, ICT Practice, Asia Pacific, Frost & Sullivan, “This allows them to better manage their finance in a predictable fashion when it comes to technology adoption or upgrades. There is still concern about the security and privacy of data in the cloud, and this is largely a question of trust. Service providers are focusing their efforts in this area, as well as offering corporations private and hybrid clouds to alleviate some of their concerns.”

IP Telephony is expected to see high growth compared to analog based telephony in 2012 and growth is expected to be 14.5%. While IP penetration has been increasing it is still quite low in emerging countries such as China, India, or Thailand, for example, when compared to Australia, Japan, or South Korea. Major cities in emerging economies are better connected via IP in relative terms versus Tier 2 and 3 cities.

The emergence of new and innovative solutions in the marketplace is another important factor, as is interoperability of solutions between different players in the market. Enterprise Video growth is forecasted, for instance, to be around 18% to 23% in 2012.

Service providers will definitely become more important next year and the focus will shift from customers buying hardware/software based solutions from resellers to buying a managed service from service providers listed earlier in a cloud delivery model. Even so, this shift is expected to be gradual and take place over the next three to four years. Conferencing services in 2012 for audio and web is expected to be around 15% to 25%

Nitin Bhat, Partner and Senior Vice President of the Frost & Sullivan ICT Practice Asia Pacific observes that increased smartphone and tablet usage also paves the way for mobile cloud and consumer social networking, which would continue to gain momentum and particularly in enterprise social networking. He adds further that “fixed broadband will make a comeback as the promised speeds and availability begin to be more ubiquitous in more countries in Asia Pacific. On the other hand, telco transformation will initiate intense evolution as more telcos come under revenue growth pressure even across emerging markets. Choice of play in the market would be a decision that can no longer be postponed.” (Source: Frost & Sullivan)