Fournaise: Due to marketing and sales misalignment 92% of prospects are not closed in 2011 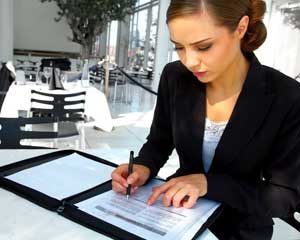 The Fournaise Marketing Group (Fournaise), one of the global leaders in Marketing Performance, tracked that it helped its marketer clients generate +39% more prospects through their cross-channel marketing and advertising campaigns in 2011 compared to 2010, but claims that 92% of the total prospects captured were not closed by sales forces, according to their CustomerGenerator™.

Fournaise CustomerGenerator™ is a unique 3-in-1 Prospect Acquisition & Tracking TURBO-BOOSTER™:

a)    Zooming into selected media types, the prospect-generation effectiveness of traditional ads increased by +30% compared to 2010 - with referrals (+38%), direct marketing (+35%), print (+23%) and public relations (+20%) performing particularly well. Online continued to slow down with a -10% year-on-year decline in prospect generation, with display ads (-38%) and keywords (-12%) delivering worrying performance results. Mobile failed again to live up to its “next big thing” status and only delivered a small +0.3% growth in the amount of prospects it was able to generate.

b)    The Business/Revenue Potential Generated by Marketing (BizPM™) grew by +40% compared to 2010 - representing a solid increase in the value of prospects automatically captured and fed real time to the Sales Forces of its Marketer clients by Fournaise: confirming the notion that Marketing can be a solid, quantifiable revenue generator.

c)    90% of the prospects captured by Marketing were Engagement-ready: they fit the profiles Marketing was going after, had a need to be fulfilled, had started looking for solutions, were exposed to the Marketers’ ad campaigns, raised their hands and said “Talk to me, I am interested”. While they may not have a budget in mind yet, they had voluntarily entered the Marketing & Sales Funnels of the advertisers.

d)    The 10% balance of prospects captured by Marketing were Sales-ready: they were already at an advanced stage of their decision-making process, had a budget and an implementation timing in mind, were considering several solutions/providers and were not far from signing on the dotted line.

a)    Sales forces only converted 8% of the marketing-generated prospects on average.

b)    80% of prospects were not followed up on by sales forces within 48 hours of their capture - highlighting the need for sales forces to react faster to gain a bigger competitive edge.

c)    10% of the marketing-generated prospects were scored “hot” by sales forces because of their high conversion potential within the short term. These were the very sales-ready prospects sales forces were understandingly interested in, and in which they invested more than 80% of their time and efforts following up on.

d)    The 90% balance of marketing-generated prospects were scored by sales forces “warm” (60%) and “dry” (30%) - highlighting the need for these prospects to be nurtured over time before they potentially become sales-ready.

Fournaise measured that with current sales commission plans and sales performance targets being often short-term driven, sales forces focused less than 20% of their time and efforts following up on and nurturing these early-stage “warm” and “dry” prospects. The consequence: the vast majority of these prospects ended up forgotten or lost within a few months of their capture.

With the sales pipeline needing to be continuously fed, Fournaise also identified that the key to reduce loss rates and increase conversion rates down the line for “warm” and “dry” prospects was to better align marketing and sales expectations/processes, and to either move the nurturing of these prospects under the responsibility of marketing or under that of a pre-sales team dedicated to grooming engagement-ready prospects into sales-ready ones.

e)    70% of the prospect conversions could be attributed to the top 20% sales representatives, confirming that Prospect Acquisition Performance Boosting solutions like Fournaise CustomerGenerator™ make the performing sales representatives shine and put the spotlight on the under-performing ones, creating a natural performance-driven ecosystem within organizations, and enabling top management to implement more business-effective sales force reward and motivation programs.

“Given the tough economic environment, the key to solid business growth is to ensure that marketing and sales work as one single unit to be 100% aligned on the type of prospects they are looking for (engagement-ready and/or sales-ready), on the type of follow-ups they should implement, the type of nurturing programs they should deploy, and have clarity over who is responsible for what parts of the nurturing and conversion process. This marketing-sales alignment can only be put in place by the ultimate business drivers: the CEOs”, he added.

“We’ve performance-tracked that prospect conversion rates can be up to three times higher in organizations where marketing and sales are aligned compared to those where both groups work in silos and with different agendas” Fontaine concluded.

Sales and marketing have been complaining about each other for the longest time: for sales, marketing is not delivering enough qualified prospects; for marketing, sales is wasting too many prospects and is not converting enough and it’s good to know that Fournaise’s solutions can track and boost the performance of any marketing strategy and any ad campaign, in any media (traditional, online and mobile), on any audience, anywhere in the world - automatically, seamlessly and in real-time for 13 vertical industries by FORTUNE 500 companies, Large Corporations, SMEs and Advertising Agencies. (Source: The Fournaise Marketing Group)