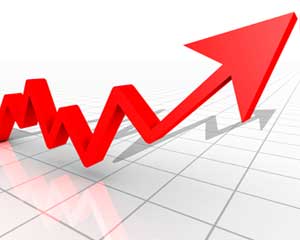 The banking industry in the Asia Pacific region will show good growth, despite a potentially turbulent year for the financial services industry worldwide, according to the IDC Financial Insights report Asia Pacific Banking Top 10 Predictions.

Michael Araneta, Research Director for IDC Financial Insights Asia/Pacific says, "There are several mistaken generalizations about what will happen in Asia Pacific banking in 2012. We correct the notion that many institutions will either fold up or exit the industry, leaving fewer players across the sub-regions, including Asia Pacific. Instead, we expect that even more institutions will compete in our region and drive yet more ferocious market competition, even in already mature banking segments." Araneta continues, "We expect around the same growth of 5.8%, as predicted the year before, in the number of banking institutions in 2012."

Several trends from the list of IDC Financial Insights' top ten predictions point towards a dynamic market in the region in the year ahead, such as:

In the area of IT spending, IDC Financial Insights expects banks' external IT budgets to expand by an average of 7% in 2012 over 2011. The growth rate is lower than what the industry has been accustomed to in the past, reflecting a wait-and-see mindset taking hold in the industry at large. However, Araneta adds, "There are also some industry segments and functional IT areas that will see robust IT spending growth. In general, we see healthy IT spending from banks in large, geographically dispersed markets, as well as mid-sized banks that are attempting to become Tier 1 players."

Other areas of high spending growth include phased investments in new core banking systems, and their follow-on projects in channels, business process management, and product management systems. Araneta highlights plans of banks to further invest in risk management and compliance, representing a second round of spending on critical systems and process standardization activities that allow banks to cope with adverse economic conditions. (Source: IDC)