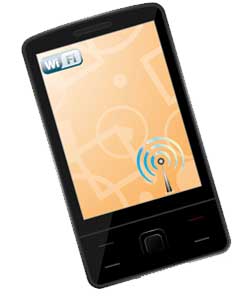 Through in-depth consumer insights on current internet trends, the evolving digital landscape and online behavior, Yahoo! is able to deliver unique and compelling content experiences which in turn create powerful opportunities for advertisers to connect with their target audiences, in context and at scale. As part of its annual Net Index 2011, Yahoo! conducted a study on mobile internet habits, in conjunction with Nielsen in the Philippines, Synovate in Malaysia, Kantar Media in Vietnam and TNS in Indonesia. Their report revealed that mobile internet is on the rise across Southeast Asia with feature phones, costing less than US$200, playing a significant role in driving this growth. Nokia holds the lead position in the region beating its competitors such as Samsung, Sony Ericsson, Motorola and other smartphone manufacturers.

Uniform across the region, the youth segment, from 10-29 years of age, is using inexpensive handsets bundled with bite-size voice and data plans, for emailing, social networking, Instant Messaging and search. The vast majority of users, with the exception of Malaysians, are on pre-paid plans and spend somewhere between US$12.50 to US$20 per month.

Interestingly, home is the most common mobile internet access point, compared to other outdoor locations such as a friend's place, restaurant, school, work and whilst on the move shopping, travelling or waiting. Users "snack" content such as facts, trivia, images, news and graphics.

According to Yahoo! it is the second most frequently visited website on a mobile device, following closely behind Facebook and in some markets Google.

Indonesia, in particular, has seen a remarkable growth in individuals accessing the internet via their mobile, increasing from 22% in 2009 to 58% this year. This phenomenal growth, owing to the availability of and access to low-cost affordable devices with 'smartphone' functionalities and a low monthly mobile Internet spend (US$12.50 on average), makes Indonesia the most mobile internet ready market in the region.

Vietnam has also shown tremendous growth in individuals accessing the internet via their mobile, from 19% in 2010 to 30% this year. Interestingly, this growth has been witnessed in the second tier cities of Da Nang (46%) and Can Tho (61%), where users are leapfrogging from fixed-line internet access to the mobile Web.

The Philippines stands apart as the only country where women (57%) make up a higher proportion of mobile internet users than men (43%). It is also the only country where mobile internet is still in its infancy. However, with 90 million mobile phone subscriptions in the country, the country has a high penetration of internet-capable low-cost feature phones and users are increasingly dependent on these as a Web access device.

Malaysia distinguishes itself from other regional markets by having a higher proportion of users on post-paid plans and accessing mobile internet out-of-home. Malaysia should be seen as a country where marketers can leverage the latter end of the purchase funnel and target consumers on the move.

"The phenomenal growth of mobile internet in Southeast Asia offers a range of opportunities to brand marketers to tap into the entire journey of a consumer's purchase path," said David Jeffs, Head of Insights for Yahoo! Southeast Asia. "Marketers must start adopting mobile as a platform for building their brand's awareness, consideration and ultimately purchase intent. Whilst mobile marketing is currently in its infancy, we see that this will become a popular channel to complement other mass media platforms." (Source: Yahoo!)