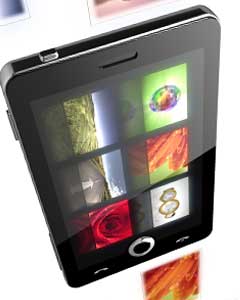 "Standardization will make mobile advertising easier to include in the marketing mix," said Rohit Dadwal, Managing Director, Mobile Marketing Association Asia Pacific. "These guidelines will simplify the mobile ad landscape by creating six standard ad unit sizes out of the tangle of the more than sixty unit sizes currently in use in the marketplace."

Now the full marketplace will have the chance to review the new standards during a 30-day public comment period. After comments are incorporated, all ad networks and publishers will have until the end of 1Q 2012 to become fully compliant. At that time, the MMA will promote compliant companies by issuing MMA Universal Mobile Ad Package Compliance stamps for member use on web sites and marketing materials.

With support from ImServices Group, MMA analysed hundreds of billions of mobile ad impressions delivered across the global mobile advertising marketplace in 2Q 2011, before starting to create the Universal Mobile Ad Package v.2.0. The data, which has been sorted by smart phone and feature phone, networks and publishers, and including mobile web and app, helped determine the six unit sizes which have been agreed to as the standard Mobile Universal Ad Package v.2.0.

The final standards mark a true collaboration between the sales side, including networks, rich media vendors and publishers, and the buy side at global ad agencies. MMA is now seeking public comment and encourages all members as well as those in the industry to visit http://mmaglobal.com/whitepaper?filename=MMAUniversalMobileAdPackageDec2011.pdf to read the proposed Universal Mobile Ad Package and submit their comments. Feedback will be reviewed and the Universal Mobile Ad Package will be finalized and released in January 2012.