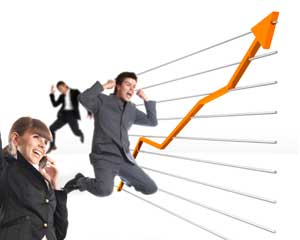 The 70-country forecast also predicted that global ad spending in 2012 would reach $522 billion, a 6.4 percent increase over 2011 spending. The figure is down from an earlier worldwide forecast of a 6.8 percent increase made in July.

“Spending growth in 2012 will be driven primarily by local media where we expect $2.5 - 3 billion dollars in political campaign advertising and advocacy initiatives”, said Rino Scanzoni, GroupM’s Chief Investment Officer. “National media will see a slowing in growth as the economy continues to face head winds.”

The study is part of GroupM's media and marketing forecasting series drawn from data supplied by parent company WPP's worldwide resources in advertising, public relations, market research, and specialist communications and has been released by GroupM Futures Director Adam Smith at the UBS Global Media and Communications Conference in New York.

“Japan's advertising recovery has proved substantially more vigorous and resilient than we forecast in our mid-year report,” said Smith. Additionally, the so-called ‘quadrennial effect’ of American elections, Olympics and European football are worth an estimated one percent of incremental growth in 2012.

Smith also pointed out that the report’s forecasts across most of the faster-growing world in 2012 were unchanged from the previous report in July and that those nations account for 66 percent of global ad spending.

Measured digital media investment is predicted to provide 43 percent of the global dollar growth in 2012, according to the report. Global digital ad spending is expected to reach $84.7 billion in 2011, a 16 percent increase over 2010, and $98.2 billion in 2012, also representing a 16 percent hike.

Global ad spending on paid inventory in social media is likely to be around $5 billion in 2011 or about six percent of measured online ad investment. Smith said this is probably the largest single growth component in paid-for digital today, on a trajectory which could double to $10 billion within two years.