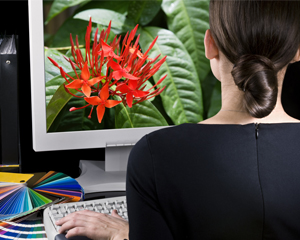 The new service utilizes TV Genius’ award-winning Content Discovery Platform to measure engagement through the social network, providing live feedback and statistics that enable broadcasters and content owners to understand more about how audiences are reacting to programming and which episodes are most talked about.

“There is no doubt that Twitter is complementing the TV viewing experience and our own research has shown that new media is increasingly having a direct effect on content discovery as people tune into what their friends and connections are giving their opinions on,” said Tom Weiss, CEO, TV Genius.

“TV viewing figures tell us a lot about which shows are most popular, but they do not give any indication towards people’s opinions and levels of engagement. If they are tweeting about a show, we know they are engaged and that it is relevant to them and not just running in the background. Our new analytics service enables operators or content owners to learn more about their programing and make strategic decisions based on the knowledge they receive”, he added.

TV Genius’ Twitter analytics shows the top twenty shows that were tweeted about in the UK each night. Each top show can be clicked on, which reveals real-time tweets about the show, an episode summary, and a graph presenting how many tweets that show has received over time. While the service currently monitors UK activity, it can be deployed anywhere across the globe, providing powerful information for TV executives, operators, and producers by presenting a new way to discover popular TV content.

On the other hand, the social TV features will also encourage viewers to find new content and become more engaged, making TV a more social experience.

Let’s not forget that TV Genius is already powering the personalized recommendation feature of the ITV Player app for ITV, the UK’s biggest public service commercial broadcaster on Facebook. Let’s just recall a Research Now study, sponsored by TV Genius in September 2010, showing that while traditional media remain dominant over consumer decision making, newer media are also having an emerging influence, especially among the younger generation of ‘Digital Natives’.