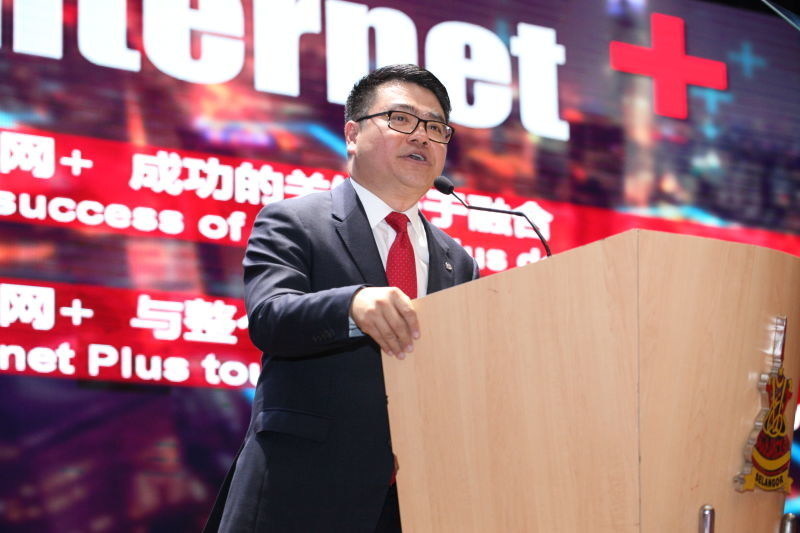 SY Lau, Senior Executive Vice President of Tencent and President of its Online Media Group (OMG), spoke at the 2015 Malaysia-China Entrepreneur Conference (MCEC), themed "Advancing the Modern Maritime Silk Road, Building a Harmonious ASEAN", saying that Internet Plus represents a whole new mindset that can help overcome the challenges confronting the ASEAN today, especially in a time of economic slowdown.

The Internet Plus plan had been unveiled on March 5, 2015 by Premier Li Keqiang “to integrate mobile Internet, cloud computing, big data, and the Internet of Things with modern manufacturing, to encourage the healthy development of eCommerce, industrial networks, and Internet banking, and to get Internet-based companies to increase their presence in the international market.”

SY Lau is pointing out that China hit its lowest growth in almost 25 years, with an expansion of only 7.4% last year, and that he joined the group of supporters that include Tencent Chairman and CEO Pony Ma as well, who once emphasizes that “the internet has opened new frontiers including internet finance, medical services and education that didn’t exist before”, and that he therefore encourages to extend it to traditional industries like manufacturing, energy and agriculture, too.

During his speech at the 5th Malaysia-China Entrepreneur Conference (MCEC), SY Lau emphasized however, that the critical success factor of Internet Plus lies in the word "integration." Entrepreneurs, he said, should embrace Internet Plus as a bold approach to steer a new kind of growth. They should develop an Internet Plus mindset to think from Zero to One, from competition to cooperation, from "minus" to "plus."

To exemplify his statement, SY Lau explained: “Manicure and massage services offered through mobile accounts within WeChat are performing traditional businesses in an innovative way. They cancelled their brick-and-mortar shops, and instead they use online booking to send masseurs and manicurists to customers' homes, and even offices.”  Another example he gave is the fact that about two months ago, Tencent has partnered with insurance companies to offer insurance against flight delays. Users can conveniently purchase by shaking their smartphone under WeChat shake feature at some airports. If one's flight is delayed by more than 30 minutes, the insurance automatically deposits compensation into the user's e-wallet within Weixin, WeChat's sister app in China. This seemingly simple function actually requires complex cooperation between various data networks, showcasing the integration of traditional business practices with the Internet with the common goal of creating consumer value.

"I believe the Internet and Internet Plus Initiative is China's blueprint to bring the 'Internet of Things' into reality. It also brings hope for the eventual possibility of the 'Internet of Everything'", said SY Lau. Tencent’s drive to evolve with the Internet is obvious, always investing in innovation and providing a hospitable environment for partners. Let’s see, if the new Internet Plus strategy will make an impact and censorship won’t get into its way to kick-start China’s economic transformation.