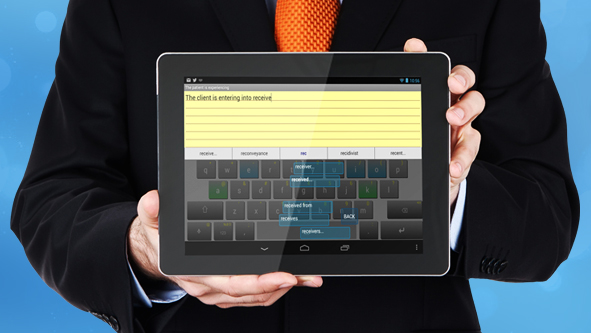 Advertising is basically all about the data and the attention of users, which in times of digitalization, however, is increasingly difficult to obtain. After all, users have recognized their power and learnt to make use of it. They want to consume content and pay with their data and their attention, whereby publishers are wondering how to monetize their content. On top of that, the number of users who speak out against advertising steadily grows, not only because online advertising has already been used ad nauseam but often simply no longer wows.

The marketing and advertising industry is definitely in a rut, although their technology is constantly getting better, especially since ad blocking apps have become the best-selling software in the App Store. After the technology giant announced it would allow them on its latest operating system update iOS9, the concerns about mobile ad blocking in particular are growing even larger. Although to date, mobile ad blocking is only at about 2%. However, most likely this number will significantly increase, since the recent iOS9 release enables app developers to block ads on Safari.

Maybe the impact won’t be so serious, considering that ad blocking has been around on desktop for years and didn’t manage to kill digital advertising. Or let’s just think positive and believe that advertisers will actually see fewer wasted ad impressions that way, as disinterested parties opt out. Besides, improved ad relevancy through audience targeting is definitely a good first step in discouraging ad blocking. In general, publishers should encourage more native, engaging and contextualized formats, to reduce the number of people installing ad blockers in the first place. Not to mention that placement of banners, interstitials and pre-roll video, have to be considered carefully not to annoy users and to offer a non-disruptive experience.

Another countermeasure could be to educate web users on the economics of advertising, since it seems that many still don’t understand that advertising is the primary revenue stream for many publishers. Surveys prove, that given the choice, people tend to choose advertising rather than paying for content.

And when all else fails, you can always fall back on WordLogic Corporation, the global leader in predictive text input technology, that announced being able to provide Ad block immunity from Apple IOS 9. The company is specializing for a decade now in developing, marketing, licensing and selling advanced predictive platform software, and holds patented solutions for mobiles, tablets and desktops. Its innovations operate on a wide variety of devices including smartphones, PCs, cell phones, Smart TV, media players, automotive navigational systems, infotainment and game consoles.

Wordlogic's patent pending Reach technology was developed for Apple’s iOS platform and briefly appeared in the Apple app store. Upon seeing that the Reach technology could search their platform without needing Apple's approval, Apple initially refused WordLogic's Reach technology access to the app store. However, Reach does not require any approval to search any platform and offer ads, contact information and pay per click searches, for anything within the ecosystem of the touch screen. So, WordLogic Reach truly seems to be the first technology to solve the problem of monitoring keystrokes in real-time in order to return contextual and location-based marketing messages in a timely and efficient manner while remaining unobtrusive and maintaining privacy of the user.

As you may know, Reach technology was in the initial iKnowU iOS keyboard. According to WordLogic, even today Apple technology still lacks the same capabilities to reach into contacts and retrieve information in just a couple clicks like the iKnowU keyboard. The Reach patent-pending technology also provides context-aware search – including advertising search – within every app you are working in through the WordLogic predictive keyboard or embedded within applications, superseding the need to exit core applications. Hence, users would no longer have to navigate through numerous applications to obtain information such as directions, restaurant listings, ratings and reviews, travel information and other contextual data from Google or other mobile and content sites.

But coming back to the pros and cons of ad blocking, how about making a self-experiment? Surf a month without advertising through the net, armed with an AdBlocker plugin. I guess you will hardly be able to recognize advertising campaigns and the brands behind them. Then decided what you think is best for you.