From celebrities to influencers to opportunities and risks 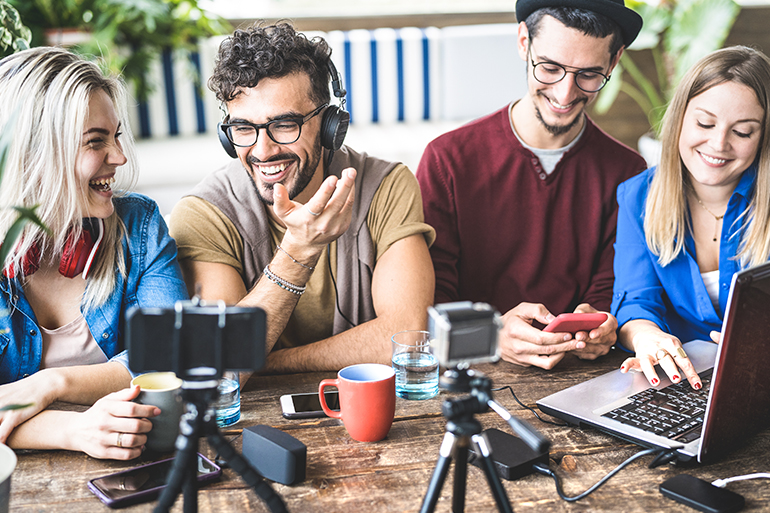 More and more companies, brands and institutions rely on influencer marketing: just think about  George Clooney promoting Nespresso, Beyonce working with Pepsi and Taylor Swift with CocaCola, or Cristiano Renaldo lending his face to various big brands like Nike or even Asia-based Shopee.

Apps, social media, and the Internet shower people with information and advertising, making clear that we live in an era of information overload and multi-channeling. And since it is becoming increasingly difficult for brands reaching their customers and gaining new ones, they rely on prominent celebrities that provide their testimonials: the celebrity plays a leading role or role model within society, such as e.g. athletes, politicians, but also actors and other media stars and influencers for a sales-promoting effect.

In addition to the classic celebrities from film and television, the increasing importance of social media has established another interesting group: the influencers. They have their own online channels, a huge number of followers, and reach a specific target group that makes them attractive from a marketing point of view. Since influencers take their followers often along and give them close insights into their everyday lives, they are predestined for effective product recommendation, offering new brand staging options.

What most people agree on is that ‘celebrimonials’ (celebrities providing testimonials for products) attract attention, which justifies the high costs they usually create for advertisers. Consumers assume that the product must be really good and delivers what’s promised, if a celebrity promotes it. Many consumers, especially younger ones, buy the product just to emulate the celebrity or to feel at least a bit like the star. However, a downside could be that a campaign with a celebrity can make big waves and become a big scandal, too.

Anyway, consumers recall products easier if they associate it with a celebrity. In other words, the recognition value of advertising with a celebrity is significantly higher. The reputation that precedes the celebrity is automatically transferred to the advertised product (image transfer): e.g., if a Michael Jordan, Kobe Bryant, or LeBron James advertise Nike shoes, they seem credible to customers who connect the sporty look of the influencer with the shoes besides feeding them the belief of being able to achieve similar goals as the Baskeball stars.

Depending on which celebrity or influencer is used, it can be controlled which specific target group is addressed. In the mentioned case, sports and Basketball enthusiasts respectively. While social media influencers are more likely to win over younger audiences, the older generation trusts in familiar faces from the show business. But besides the age criteria, selections can be based on other reasons, too.

Social media influencers in particular have very specific target groups. In general, it can be said that the characteristics of the influencers can be transferred one to one to those of their followers. Hence, the choice of the celebrity is crucial for the success of the advertising campaign.

The body care brand Dove, for instance, came up with an extraordinary path when choosing their testimonials that’s worth to mention in this context. True to Dove’s belief that in addition to the skin, the beauty of a person is complex, too, therefore choosing their testimonials solely based on their personal life story, which the applicants sent to the company in advance - before they came to the studio. Dove had no information about body measurements, skin and hair color. This approach seemed to fit the brand image perfectly, so the advertising campaign was a complete success and the support of a celebrity was superfluous.