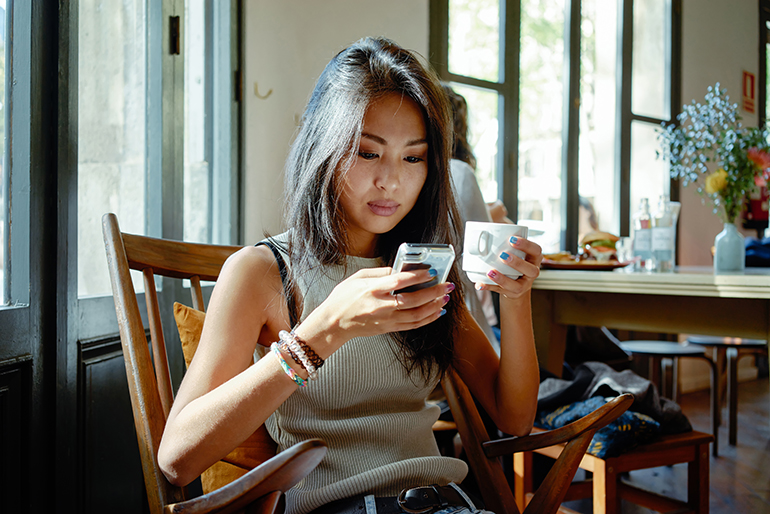 Influencer marketing on Instagram is constantly growing and represents by now a significant proportion of the content in the users’ feeds. New opportunities for brands, marketers and influencers are added every day, which not only change the platform itself, but have an impact on how brands will advertise with influencers in the future. We try to predict the effect of this evolving Instagram trend on the marketing industry in the following:

Lasting partnerships instead of varying contracts

Partnerships are increasingly being formed between brands and influencers in which both brands and advertisers are looking for long-term commitments. More and more influencers reject short-term and one-off campaigns, opting instead for a closer relationship with a selected brand over a longer period of time. A partnership gives influencers the opportunity to position themselves clearly with the beloved brands and promote the development of products in cooperation with them. Certainly, the brand benefits from the fact that if the influencer gains more trust among his/her fans by spending more time with products from the brand, the promotion is more effective and sales will increase. By not only briefly reporting on specific products, as part of large-scale campaigns, but instead by doing so permanently, influencers increase their credibility. By emphasizing real affinity for the product, they represent a trustworthy and authentic source of information for decision-making when considering a potential purchase.

Real interaction instead of faked reach

In early development phases, social media platforms integrated the so-called "vanity metrics" that refers to social media indicators such as follower reach, likes, shares and comments. Marketers focused heavily on these visible metrics that (supposedly) allowed statements about reach, but the industry metrics already started to change since marketers became aware that such flashy analytics are just satisfying on paper, but don't move the needle for the business goals.  They offer positive reporting, but no context for future marketing decisions -- something actionable metrics can do. Hubspot, for instant, started to invoke more than two years ago to stop measuring these vanity metrics in your marketing campaign. What the expert points out is that marketers shouldn’t get blinded by the large numbers but look closely as they will find out that the vanity metrics don't say much about the actual “success” of an influencer.
Instagram already started to hide the number of likes (e.g. in Australia, Ireland and Canada) which bringing the end of the vanity metrics near. In general, social media platforms evolve to support influencers and marketers in creating key figures that enable a deeper impact measurement and make the relevance of advertising messages measurable. This way, specific key figures become interesting, e.g. the number of direct messages in response to a story, how often a photo or video is saved, the degree of brand relevance in the comments of a post or the emoji reactions to a story.

IGTV video is an app that essentially is Instagram's answer to YouTube in that it's designed for the mobile-optimized viewing of long-form videos. Any user can set up his/her own channel and share video content that's up to an hour long. Since the introduction of the video function on posts on Instagram itself in June 2018, the number of views has increased significantly and the format is booming. Given the similar growth on other social media platforms, it is becoming clear that longer videos are the next big growth driver for influencer marketing on Instagram. Because influencers will be able to connect with their followers even more intensively - in a way that only YouTube or comparable video platforms previously made possible.

It can be expected that IGTV will continue to grow and become more important in the future, especially since monetization options are finally being introduced in addition to the support of influencers: Influencers can currently include affiliate links to the brands shown and their products in their IGTV videos. In the future it will be possible to introduce a direct in-app checkout in IGTV. Overall, Instagram is increasingly becoming a one-stop shop in which brands and opinion leaders can depict or at least start a complex customer journey: from the announcement of a new product by influencers to the exchange of experience in comments and tutorials IGTV up to the purchase through links to shops. It is high time for companies and brands to deal with this development.

Unfortunately, standards for content licensing between advertisers and influencers are still in their infancy, though cross-channel advertising with influencer content is becoming increasingly popular. Many marketers are already highlighting the potential for broader content usage, but there is often uncertainty about the exact ways in which licensed content can be used. Influencers, on the other hand, already started to use professional technologies more often to ensure high-quality content.