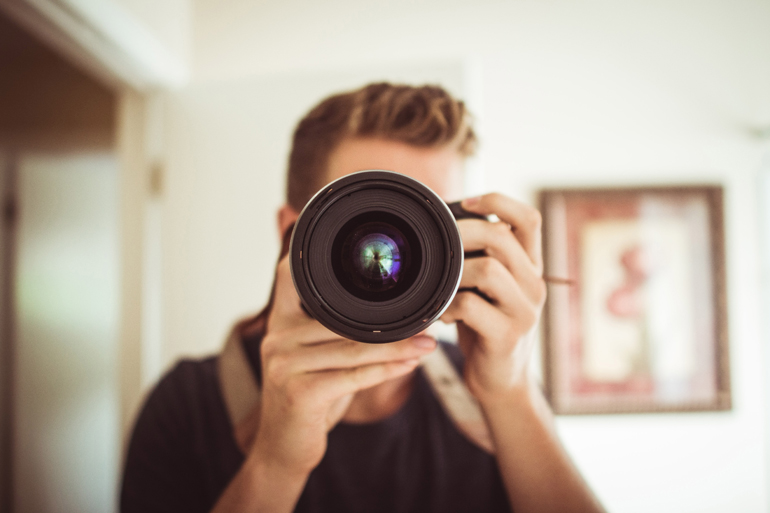 Cinemagraphs, a term that was supposedly coined in 2011 by two American photographers, who used the technique to animate their fashion and news photographs, act on the assumption of being a video but are made by taking a series of photographs or a video recording, using image editing software that composes the photographs or the video frames into a seamless loop of sequential frames.

Currently, cinemagraphs lead to a revival of the animated GIFs - the rapid sequence of stored images-  that gives the illusion of watching an animation. The difference is that a part of the image area is fixed and the focus of the viewer is on what’s left in motion.

Cinemagraphs can be created with numerous online tools or apps, but also with the Photoshop at hand. The creation of the moving image online is not only artistically and advertising psychologically valuable. Compared to traditional GIF-animations, cinemagraphs can be transmitted with a smaller amount of data, which makes them particularly interesting for email marketing.

Whoever wants to make effective use of animated GIFs or cinemagraphs in email campaigns, however, should keep the following three simple tips in mind:

By the way, the integration of GIFs in the source code of a mailing is quite easy, since the common code of image integration is adopted. You might want take a look at the blog of Communicator or Spoon Graphics for additional reading, make use of ezgif.com’s video to GIF converter, or get some inspiration from commercial provider like Cinemagraphs, Shutterstock or Flixel, before you start your project.