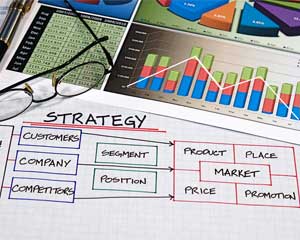 The Fournaise Marketing Group tracked cross-channel advertising campaigns of its Large, SME and Agency clients across all media - including traditional and online - in 20 countries worldwide and found out that 19% less customer response and engagement in the first half of 2011 has been generated compared to the first half of 2010.

Fournaise used its cloud-based Next Gen Demand Generation Tracking solutions - Fournaise CustomerGeneratorTM and Campaigns Performance SoftScoreTM - to get insights into the real-time ability of its clients’ cross-channel advertising campaigns to generate direct and indirect engagement with their target audience.

Based on the critical campaign performance tracking data and target audience analyses, Fournaise identified three key reasons for this fall in customer response and engagement, supporting their clients to take appropriate corrective actions:

“At a time when CEOs and stakeholders are asking marketing to achieve better results and a better marketing ROI to get more customer demand, a 19% decrease in advertising response is alarming” said Jerome Fontaine, CEO & Chief Tracker of Fournaise.

“We noticed a real down-to-earth effort from ROI marketers to try to correct that trend, but we also noticed that too many traditional marketers lost sight of the fact that the job of their ad campaigns is to generate customer demand for their products/services, not to just look pretty and clever in the media” he added.