Business Social Networking and the Marketer 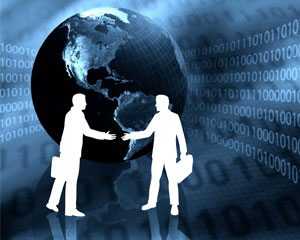 There is no denying that things move and change very rapidly on the Internet.  One of the hottest things right now in the online marketing world is social networking. Supporting this is a statistic reported recently by CNN writer/producer John Sutter: the largest new group of Facebook users in 2009 is females over 55 years old. In addition, Twitter has emerged with publicity from athletes, celebrities and many notable politicians. Other websites such as MSN, Linkedin and Bebo also continue to advance their social networking angles in attempt to capture as many users in their network as possible.

One thing’s for sure: Social networking via the Internet is on the rise and for good reasons. Many small businesses, entrepreneurs, personal business owners and independent contractors are finding the online social networking a significant and viable option to building their business. Some of the most common uses for online social networking include building new sales, researching companies to prospect, job hunting and finding employees – be they virtual or real life (RL in online speak).

The most popular networking sites for business purposes are LinkedIn, Xing, Zerodegrees and Ryze.
Some of the sites require you to register by sending the site a name and other vitals before browsing it. Other sites such as Ryze will allow a user to look around before signing up. Some sites also charge fees to belong. The best site for a particular business depends solely on the needs of the business and the need for social networking.

There are also specialized or targeted networks available as well such as Banktastic for bankers or Mywomenownedbusiness for women entrepreneurs. One of the newer sites to come online recently is Chamberfish

The reason for the fundamental shift in the business world to social networking comes as wireless telecommunication technologies merge with the Internet to maximize information accessibility. On a large scale, people now have the ability to interact with each other in a way that is different than filling out website forms and sending emails.

The savvy marketer is therefore the one who looks at capitalizing on the sheer volume of users that frequent these social networking websites.

Marketing and Advertising on Social Networks

More and more organizations are looking at social networks to raise their profile, visibility and brand(s).  However, there have been some well-documented challenges in trying to advertise to social networks. One such example is Wal-Mart, which saw an ill-fated attempt to advertise on Facebook as their pages soon became a collection of comments aimed at labor policies.

Like any marketing attempt, simplicity and focus cannot be understated when it comes to social networks. Advertising on social networking websites requires a firm understanding of the target demographic, a focused campaign that adequately communicates value to the target audience, and a call to action that tells the users how to take the next step, regardless of what that step may be.

So we come to the crux of the question: Is creating a social networking presence for a company really important?

Creating a presence should not only be seen as vital to nearly any business, but it should be considered a starting point for each and every marketing campaign. It should contain a message that reinforces brand value with a focused approach that targets the specific demographic and has a call to action which can allow for quantifiable results.

Whatever it is, social networking is definitely becoming a viable application with consumers and business users alike. From a marketing and promotion standpoint, social networking can raise a company's profile, not to mention a brand or product profile.

There are many factors that go into a successful campaign and knowing what to avoid is as important as what to do in terms of opportunity cost and dollars spent. Each industry is different, but one common bond holds true throughout: research and continual evaluation of results are vital to creating a successful campaign.

As a marketing strategy, social networking relies upon web 2.0 techniques such as sharing and commenting on information. Technology opens up a broad world of contact through social network marketing.

Let the numbers do the talking and disregard any previously conceived notions of what social networking is. It isn’t just teenagers talking about music anymore; social networking is here to stay and is only beginning to unveil the advertising potential that was once restricted to conventional marketing, SEO and organic keyword usage.

Tips in Using Social Networking as Part of a Marketing Program

Give people time to understand personal details and become friends. As with a face to face networking event, not everyone will be a connection, nor will everyone wish to do business. Over time, as people read posts and learn more, they will be attracted to the business or person posting and seek to do business together. And in the long run, that leads to more profitable, long lasting, and better business contacts.

This is only the beginning of the social networking advertising industry, and some early birds can still catch a worm before saturation becomes a factor. Just be sure to remember who you are talking to and don’t fall into the trap of thinking that social networking is the next killer app of Web 2.0. Doing this could take you off target. Instead, see how social networking can best suit your company’s marketing strategy and goals; how it fits with your whole marketing mix, than use it well.