E-Commerce: This is It! 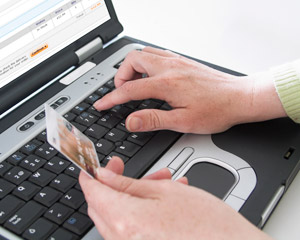 The Internet has established itself successfully as a mass medium and the old and new economy can no longer be separated, this is a fact. Almost every business is online today and e-commerce has increasingly become an important source of income in the past few years.

The golden years from 1995 to 2000 followed by the crash and the burst of the dotcom bubble, caused several Internet and technology companies to suddenly lose their high stock ratings and the New Economy’s collapse.  Scepticism and disillusionment started to spread among Internet companies however this also paved the way for a healthy realism which critically questioned the commercial potential of the Internet.

In this phase, viable business models started to be developed that seem to be prepared for crisis and encouraged the industry to think positive again. At first slowly, it raised the tempo steadily, supported by fibre optic cables and broadband technology. Meanwhile, there has been a growing hype going on since Web 2.0 came into play.

The Change of Media Usage

Indeed the second spring of the Internet has been triggered by a number of changes and developments and terms like blogs, Twitter, YouTube, and Facebook represent this transition. They all arose from the mentioned philosophy which is called Web 2.0 - a coinage that describes a new stage of evolution of the Internet, namely that everyone can both consume and produce content, thus a kind of Internet everybody can participate in. Of course, such a radical change leaves its mark in the media world and has caused the Internet to end up in second place before radio and magazines. Nowadays, millions of people worldwide cavort regularly on the web and growth potential can actually only be tapped by eyeing the over-50 year old, the so-called silver surfers. For the digital natives, referring to Internet users below 25 years of age, a world without Internet is unthinkable as they have simply grown up with the medium. Digital natives communicate almost exclusively via instant messenger (ICQ, MSN or Yahoo Messenger) or online communities while the “silver surfers” are glad to be able to send finally e-mails smoothly.

Online Trading Booms despite All Crisis

Fact is that the Internet seems to be the only sales channel that promises growth in these times of crisis, as more and more products are purchased online and the battle for customers and markets seems to have transferred to the Web. No wonder then that companies plan to invest more in e-commerce.

According to the “eResult decision maker survey 2009” of Altrada AG, a subsidiary of the Deutsch Telekom, companies substantiate positive growth prognosis for eCommerce and look optimistically into the future. By interviewing around 250 on the meaning of eCommerce for the own business decision making, on expectations of eCommerce solutions, as well as on future investment intentions the survey revealed that most of the respondents (61.6 %) agreed on eCommerce being a strategic core component of the own business and therefore treat it as a management issue.

Expectations regarding the online channel are especially led by the intention of gaining additional market shares and in particular, new customers (72.1 %). Half the companies surveyed would like to reduce costs through eCommerce (45.6 %), followed by further goals to create steady buyers and making customer approaches more flexible. Among other things, one fifth stated that eCommerce contributes more than 50 percent to their total sales. The positive growth prognosis is at the same time associated with decisions about expanding or optimizing existing eCommerce solutions in the companies. To meet future requirements, nearly 80 percent are therefore investing in consequent actions, while 20 percent would like to take initial steps in the eCommerce arena.

Around one fourth of the decision makers surveyed state that they count on the extension of present sales channels via online platforms, just because of the commercial crisis.  In detail, the planned measures affect various sections of eCommerce: From further shop development (45.3%) and new shop technologies (32.4%) to the integration of customer service solutions (29.7%) as well as online payment systems (25.7%) on to the optimization of online marketing activities (24.3%) and the integration of inventory control systems (20.3%) or CRM solutions (19.6%).

“The eResult survey elucidates not only the persisting and even increasing significance of eCommerce in companies, but rather shows that many of the shop systems currently used have reached their limits regarding increasing requirements and upgraded”, says Konstantin Waldau, CEO of the Atrada AG on their Website. “This is where companies benefit from the so called “Managed eCommerce” on a large scale”, he adds.

Taking hereinto consideration a global survey conducted by The Nielsen Company, where over 85 percent of the world’s online population has used the Internet to make a purchase and more than half of Internet users are regular online shoppers, making online purchases at least once a month, we can expect a lot more to come. Especially as the world’s most avid Internet shoppers hail from South Korea and Japan, not to mention the expected flood coming from China and India.

There are many reasons for shopping on the Internet but the simple formula for success is "customer value". Nowhere, does a buyer find his way quicker and easier to the counter than in an online shop, while the range online surpasses all offers in a mall: The stores are open around the clock and prices can be compared with little effort. Furthermore, there is neither any buying pressure nor unfriendly salespeople. A large selection of choices and a simple ordering process are particularly alluring to Web shoppers and the opportunity to pay anonymously in instalments seems to be for many quite attractive, too.

The Internet as a selling machine is certainly the dream of every trader. But not only in direct online sales is the strength of the medium. It is proven that the Internet plays an important role before and after a purchase, too. Already every fourth purchase in retail stores is actually prepared online. Products and prices are compared on the Web and reviews and tests read there as well before an appropriate shop is picked and entered. So, please make sure that you get found by optimizing your website for search engines. Now more than ever, regional search especially is enjoying ever growing popularity, not only because of the functional map display on Google, but because purchases will be offline in the near neighbourhood, where products can be seen, touched, smelled, and felt.

E-retailers must understand how consumers are interacting with their brands as this will have a substantial impact on how their operations will evolve in the future. Furthermore, they have to take into consideration that consumers are more and more making use of technology that allows them to customize the shopping process for their specific needs.

You may want to consider some extra services for your precious customers: make instruction manuals available as downloads and allow arranging service appointments online, or similar things. In the era of Web 2.0 it is of course quite common to exchange experiences and tips as well, so by putting product and merchant reviews online you definitely score high in your customer’s eyes, too. 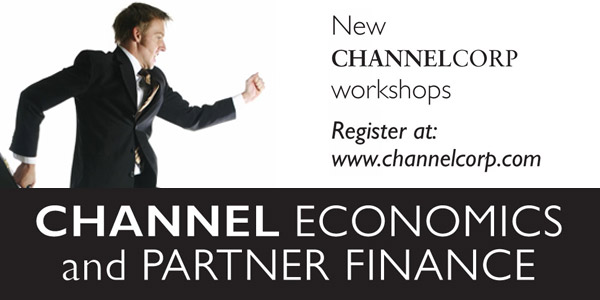