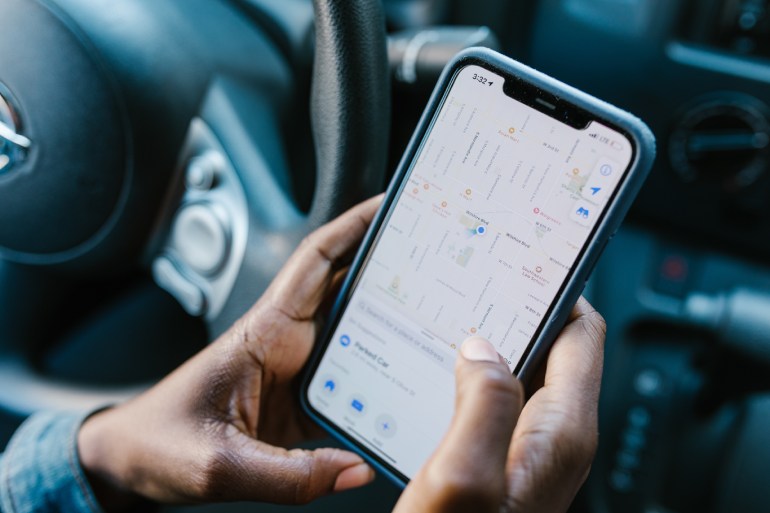 From Google Ads to social media and native advertising, almost every marketing channel offers a certain form of geofencing, seen as a means within regionally limited guerrilla marketing campaigns. What many marketing managers do not have on their radar, however, is the fact that even for account-based marketing, the procedure is increasingly turning out to be an ingenious move to address the desired target group.

In the following you will find some tips on how those responsible for marketing can effectively integrate geofencing into an overall account-based marketing (ABM) strategy and use synergies.

Let me give you an example by recalling a situation: as soon as stepping into a busy sporting-goods store, the notification tone sounds in your pocket, a new email is displayed on your smartphone screen – coincidentally with special offers on football boots, tennis rackets and the like from the specialty store you are in at the moment. Most marketing managers think of this scenario first when they encounter the buzzword "geofencing".

Incidentally, the dream of many retailers has not really materialized, yet. However, with the marketing trend account-based marketing (ABM), the technology is experiencing its Indian summer. And maybe it could become, especially in the B2B environment, one of the most important weapons for marketing managers in the fight for the favor of the desired target group.

Geofencing in the ABM strategy

Generally, account-based marketing (ABM) describes the targeted approach of previously defined desired customers with individually tailored messages. These companies are localized in digital B2B marketing with the help of data that were collected either individually or by third-party providers. First, a classic ABM strategy requires that marketing and sales employees work together to create a list of companies that they would like to win as customers. In general, there are many ways to define target accounts in the ABM. A pure clustering of companies according to characteristics such as size, number, and type of contact person or phase in the sales funnel is also possible. Alternatively, you could choose specific companies that you would like to address with your products or services.

Experience has shown that many agencies and marketing departments rely on a few selected channels such as Google Ads or Facebook, but a 360-degree omnichannel approach to address target groups from several sides with the desired message is probably the most promising approach: within the overall strategy. The desired positions of the companies can be approached directly, for example via the detailed target group settings of LinkedIn or emails. A clustering of the target groups defined at the beginning can also be used to address them via native advertising campaigns, for example via the publisher networks plista or Outbrain.

Like an ace up the sleeve, geofencing is often used in indirect targeting in a place where other measures do not work, e.g., advertisements can be restricted to previously clearly defined locations such as the headquarters of the desired company.

Geofencing in B2C and B2B

After downloading an app, you have certainly already received an automatic request as to whether it is allowed to access your current location. As soon as you have agreed, the app can access your GPS data – regardless of whether the app is currently open or not. With Google Maps, for example, you must agree to be able to use the app at all. As said before, from Google Ads to social media to native advertising, almost every marketing channel offers a certain form of geofencing. Most of the time, however, the targeting settings are rather “rough” in nature. A certain country or state can be set in almost every channel, which is useful if the campaign is limited to one language, or the goal is to advertise the cars of a regional car dealer. Google Ads and Facebook currently have the most precise targeting options, namely not only on city but street level.

As mentioned at the beginning, geofencing in the B2C environment is mostly used for local branches or specific locations. For example, push messages with special offers or discount codes can be sent to potential customers as soon as they enter the store. Similarly, advertisements with a target group-oriented approach can be displayed at marketing-relevant locations. For example, advertisements for sport shoes for users who are often in the gym.

In the B2B environment, the aforementioned targeting lists are the focus of geofencing. Such lists often also contain publicly accessible location addresses of the target companies. For example, if you want to target the employees of the major automobile manufacturers with your advertising in the future, you can use the targeting functions to target Google Ads and Facebook ads directly to the company's exact location. In combination with other target group settings, the ads can be tailored even more precisely to specific groups of people.