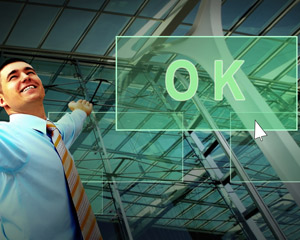 A mobile operating system serves as an interface between the end user device (hardware) and the application (Software).

The increasing importance of mobile devices has triggered intense competition among technology giants, like Google, Microsoft, Apple, and Nokia in a bid to capture the bigger market share pre-emptively. Palm, Research In Motion (RIM) and Ericsson are also significant firms in the mobile platform sector. In November 2007, Google formed a Linux-based open source alliance to make inroads into this mobile platform market, raising consumer awareness of the growing mobile platform frenzy.

The most common operating systems (OS) that can be found on Smartphones are:

So far, with Microsoft's Windows Mobile, Nokia's Symbian S60, RIM's Blackberry OS, Apple's iPhone OS, Palm's webOS and Google's Android mainly six operating systems for Smartphones could established themselves. Besides, there are also various Linux ports and proprietary systems of the device manufacturers. Three of these operating systems - Symbian S60, Windows Mobile and Android – are designed for being used by several handset manufacturers, while iPhone OS, Blackberry OS and webOS are only available in combination with manufacturer's own end devices.

The operating system appears to users especially via Graphical User Interface (GUI), which controls the interaction with the user-application and provides a uniform appearance. It delivers, besides the user interface, basic utilities such as e-mail client, web browser and PIM-applications. Of crucial importance for the performance of an operating system is the ability to run multiple programs simultaneously.