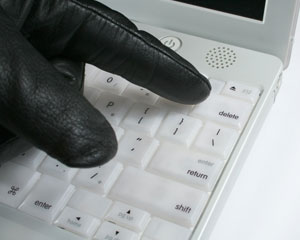 Digital Rights Management (DRM) is a class of access control technologies that are used by hardware manufacturers, publishers, copyright holders and individuals with the intent to limit the use of digital content and devices after sale.

DRM is any technology that inhibits uses of digital content that are not desired or intended by the content provider. Copy protection which can be circumvented without modifying the file or device, such as serial numbers or keyfiles are not generally considered to be DRM. DRM also includes specific instances of digital works or devices. Companies such as Amazon, AOL, Apple Inc., the BBC, Microsoft and Sony use digital rights management. In 1998 the Digital Millennium Copyright Act (DMCA) was passed in the US to impose criminal penalties on those who make available technologies whose primary purpose and function is to circumvent content protection technologies.

DRM technologies attempt to give control to the seller of digital content or devices after it has been given to a consumer. For digital content this means preventing the consumer access, denying the user the ability to copy the content or converting it to other formats. For devices this means restricting the consumers on what hardware can be used with the device or what software can be run on it. Long before the arrival of digital or even electronic media, copyright holders, content producers, or other financially or artistically interested parties had business and legal objections to copying technologies. Examples include: player piano rolls early in the 20th century, audio tape recording, and video tape recording (e.g., the "Betamax case" in the US). Copying technology thus exemplifies a disruptive technology.

The advent of digital media and analog/digital conversion technologies, especially those that are usable on mass-market general-purpose personal computers, has vastly increased the concerns of copyright-dependent individuals and organizations, especially within the music and movie industries, because these individuals and organizations are partly or wholly dependent on the revenue generated from such works. While analog media inevitably loses quality with each copy generation and in some cases even during normal use, digital media files may be duplicated an unlimited number of times with no degradation in the quality of subsequent copies. The advent of personal computers as household appliances has made it convenient for consumers to convert media (which may or may not be copyrighted) originally in a physical/analog form or a broadcast form into a universal, digital form (this process is called ripping) for location- or timeshifting. This, combined with the internet and popular file sharing tools, has made unauthorized distribution of copies of copyrighted digital media (digital piracy) much easier.

DRM technologies enable content publishers to enforce their own access policies on content, like restrictions on copying or viewing. In cases where copying or some other use of the content is prohibited, regardless of whether or not such copying or other use is legally considered a “fair use”, DRM technologies have come under fire. DRM is in common use by the entertainment industry (e.g., audio and video publishers). Many online music stores as well as many e-book publishers also use DRM, as do cable and satellite service operators to prevent unauthorized use of content or services.

The use of digital rights management is controversial. Content providers claim that DRM is necessary to fight copyright infringement online and that it can help the copyright holder maintain artistic control or ensure continued revenue streams. Those opposed to DRM contend there is no evidence that DRM helps prevent copyright infringement, arguing instead that it serves only to inconvenience legitimate customers, and that DRM helps big business stifle innovation and competition. Further, works can become permanently inaccessible if the DRM scheme changes or if the service is discontinued. Proponents argue that digital locks should be considered necessary to prevent intellectual property from being "stolen", just as physical locks are needed to prevent personal property from being stolen.

Digital locks placed in accordance with DRM policies can also restrict users from doing something perfectly legal, such as making backup copies of CDs or DVDs, lending materials out through a library, accessing works in the public domain, or using copyrighted materials for research and education under fair use laws. Some opponents, such as the Free Software Foundation (FSF) through its Defective By Design campaign, maintain that the use of the word "rights" is misleading and suggest that people instead use the term "digital restrictions management". Their position is that copyright holders are restricting the use of material in ways that are beyond the scope of existing copyright laws, and should not be covered by future laws. The Electronic Frontier Foundation and the FSF consider the use of DRM systems to be anti-competitive practice.

Restrictive Licensing Agreements: The access to digital materials, copyright and public domain are controlled. Some restrictive licenses are imposed on consumers as a condition of entering a website or when downloading software.

Encryption, scrambling of expressive material, and embedding of a tag: This technology is designed to control access and reproduction of online information. This includes backup copies for personal use.

An internationally renowned security technologist and author has written about the futility of digital copy prevention and says it's an impossible task. He writes "What the entertainment industry is trying to do is to use technology to contradict natural law. They want a practical way to make copying hard enough to save their existing business. But they are doomed to fail." He has also described trying to make digital files uncopyable as being like "trying to make water not wet".

The Association for Computing Machinery and the Institute of Electrical and Electronics Engineers (IEEE) both have historically opposed DRM, even going so far as to name Advanced Access Content System (one DRM standard) as a technology "most likely to fail" in an issue of the IEEE Spectrum magazine.

Not all piracy is undesirable to digital rights holders!

Microsoft has stated that if someone is going to steal software, they want it to be their software they steal. There can be real benefits to software makers to theft, since the unit cost of digital theft is zero, or near-zero, and their belief is that some software pirates will become trained in their software and eventually pay for it. A study of digital rights management for eBooks showed that relaxing some forms of DRM can be beneficial to digital rights holders because the losses from piracy are outweighed by the increases in value to legal buyers.