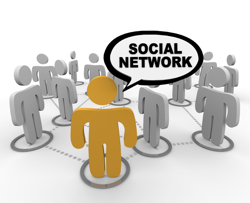 The Social Exchange Theory implies that all human relationships are formed by the use of a subjective cost-benefit analysis and the comparison of alternatives and has its roots in economics, psychology and sociology.

The Social Exchange perspective argues that people calculate the overall worth of a particular relationship by subtracting its costs, that can be time, money, effort ec, from the rewards it provides.

While costs are the elements of relational life that have negative value to a person, rewards have positive value, like a sense of acceptance, support, and companionship etc.

The Social Exchange Theory assumes that the major force in interpersonal relationships is the satisfaction of both people's self-interest. Self-interest is not considered necessarily bad and can be used to enhance relationships. Interpersonal exchanges are thought to be analogous to economic exchanges where people are satisfied when they receive a fair return for their expenditures.

Benefits include things such as material or financial gains, social status, and emotional comforts. Costs generally consist of sacrifices of time, money, or lost opportunities. Outcome is defined to be the difference between the benefits and the costs:

Note that because individuals have different expectations of relationships, an individual's satisfaction with a relationship depends on more than just the outcome. For any two people with the same outcome, their level of satisfaction may differ based on their expectations. One person may not expect very large outcomes, and therefore would be more easily satisfied in relationships than someone who expects more. This notion of satisfaction is formalized as the difference between the outcome and the comparison level.

All relationships have give and take. We weight the rewards and we compare them with the costs of developing a relationship and take part in those that maximize our benefits. For example, being really nice to someone that we may not like or care for, but we put on a front because they have something that we want to get a hold of. At work you may have to go out to get a drink with your boss if you know that you want a pay raise.

Currently, Social Exchange Theory materializes in many different situations with the same idea of the exchange of resources.

In general we are all selfish so we will do what we have to do in order to get what we want in the end., thus, the Social Exchange Theory in actively in use in our everyday life, as it influences us in choosing to end or to continue relationships. Emotion enters the theory when we finally feel the joy from the reward. We feel the sense of completion and accomplished. We also feel good, satisfied, relieved, excited. Throughout this process we can create bonds, meaning we see each other as beneficial to each other and that makes for relationships in the end.

The theory also applies to Social Media from a marketers‘ perspective, because it breaks down the main human factors involved in forming relationships with a gain to both sides. It is certainly valuable to keep these factors in mind when analyzing and monitoring social media marketing efforts. Especially the emotion of a „valuable“ social media relationship should not be underestimated in a world of often difficult interpersonal relationships. The social media hype of the last years could be attributed to the partial illusion which is created of „being connected“, of „being able to share“ that creates an emotional experience. The desire of belonging to a group and the wish to share experiences and to connect is such a great emotional benefit that it has made Facebook, Twitter and Co. successfully beyond what anyone could have imagined. (Source: Wikipedia)