Priceless® experiences rolling out for League of Legends esports community 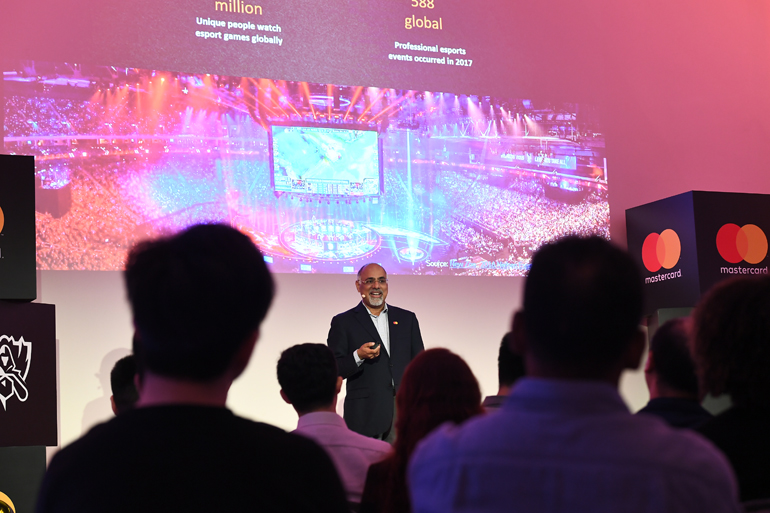 Mastercard announced a multi-year partnership with Riot Games to become the first global sponsor for League of Legends esports, the largest esport in the world. This first-of-its-kind global agreement signifies Mastercard’s support of the esports community and further diversifies the technology company’s world-class sports and entertainment portfolio.

“We’re thrilled to team up with Mastercard on this groundbreaking partnership that will provide meaningful and long-term value to our fans,” said Naz Aletaha, head of esports partnerships at Riot Games. “Mastercard is among the first of world-class brands to take such a big step into esports at the global level, and we’re proud to have them support League of Legends esports events alongside their other premier sports and entertainment sponsorships.”

As the exclusive global payment services partner for League of Legends global esports events, Mastercard will focus on three annual global tournaments - the Mid-Season Invitational, the All-Star Event, and the pinnacle of all esports events, the World Championship. Mastercard will curate unforgettable Priceless experiences and offers across onsite event activations, priceless.com and through other various promotions to bring fans closer to their passion and everything they love about League of Legends events.

“Esports is a phenomenon that continues to grow in popularity, with fans that can rival those at any major sporting event in their enthusiasm and energy,” said Raja Rajamannar, chief marketing and communications officer, Mastercard. “Our Priceless platform is built around connecting with people through their passions. We are excited about the experiences and benefits we can bring to the world’s largest esport - both in-game and to the millions of League of Legends fans that watch and attend the tournaments each year.”

The first live-event activation will take place at the League of Legends World Championship this October in South Korea, and the first experiences available on Priceless.com will include:

“We’ve long been impressed with Mastercard and their fan-focused approach to partnerships,” said Jarred Kennedy, co-head of esports at Riot Games. “Our community has made League of Legends the biggest esport in the world, and we’re excited to work with Mastercard to bring them new and innovative experiences for years to come.”

Other exciting promotions and ticketing programs will continue to roll out globally throughout the partnership, and Mastercard will also work with its customers to offer unique League of Legends co-branded products in select markets, starting in 2019.

For more than two decades, Mastercard has been a sponsor of sports and entertainment. League of Legends is the latest sport to join Mastercard’s impressive roster of premier partners, including Major League Baseball, the PGA TOUR®, The Open, The Australian Open, Roland-Garros, Rugby World Cup and UEFA Champions League, among others.

League of Legends esports games are broadcast live to millions of fans in 18 different languages across the globe, with viewership of the regular season averaging 90 million hours-watched live, week-over-week worldwide. Its World Championship tournament consistently reaches new viewership milestones each year, easily rivaling those of major traditional sporting event finals; for example, Worlds 2017 reached a total of 1.2 billion hours watched over the course of the 21-day competition, with the most-watched match pulling in over 80 million live unique viewers.