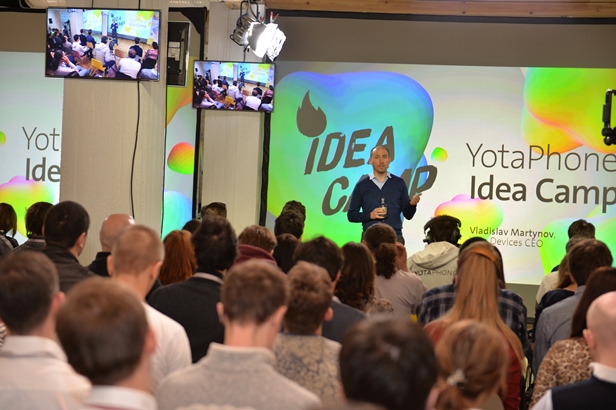 Dedicated to developing and producing high-tech consumer LTE devices, Yota Devices gained international prominence with the introduction of YotaPhone, the world's first dual-screen, always-on smartphone, which was named the Best of MWC 2014 by more than 20 media outlets.

But, the company doesn’t rest on its laurels and recently started to make use of crowdsourcing to improve the gadget and for getting a fresh breeze of ideas.

"I've always believed that two heads are better than one. There's power in collective thinking, brainstorming and problem solving. I also believe that two screens are better than one, particularly when one of the screens is always on. And, my third belief is that the future of mobile communications is always-on displays," said Yota Devices CEO Vlad Martynov, when heralding the company’s idea camp in Moscow where more than 200 YotaPhone users, developers, creative directors and gadget fans gathered for resourceful and creative brainstorming on new uses and applications for the dual-screen, always-on YotaPhone.

I cannot more than agree, as it is a proven fact that people working together have a better chance of solving a problem than someone working alone - so you can imagine what incredible results a crowd of 200 can achieve. In the end, the company has chosen two winning ideas from more than a dozen generated at the unique crowdsourcing event, namely:

Besides all that, the event featured presentations by Daniel Sieberg, the bestselling author of "The Digital Diet," and Tim Olsen, who is a leading international expert in the field of crowdsourcing and Associate Professor at the WP Carey School of Business at Arizona State University. The latter pointed out that more and more companies, like Yota Devices, are employing crowdsourcing for the development of consumer products and devices. "Collaborative technology has enabled the power of the crowd to help develop new products, ideas and solutions", he said, and Yota Devices will evaluate and pursue many of these ideas for both the first generation YotaPhone, currently on sale in Russia, Germany, Austria, France, Spain, and the UK, and the next generation that goes to market in Q4 2014. 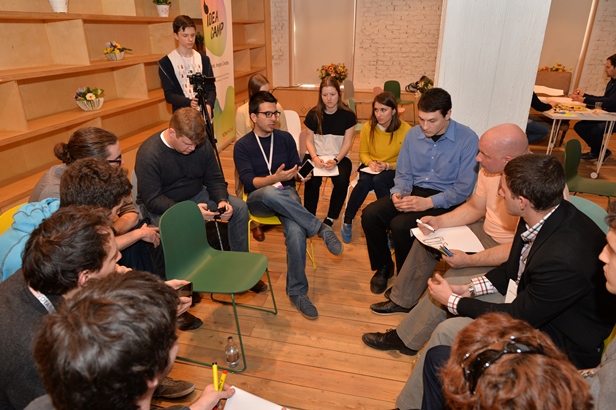