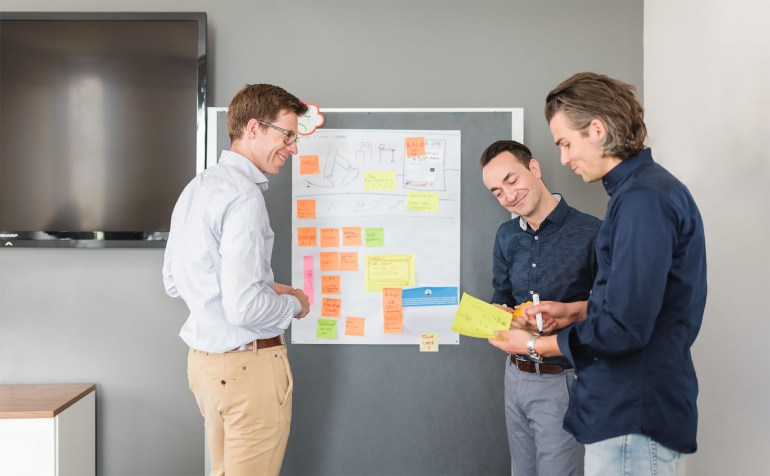 Every company wants to offer their customers a unique customer experience, which is one of the main reasons why they are increasingly trying to differentiate themselves from the competition with voice assistants or chatbots.

But the so-called Conversational User Interfaces (Conversational UIs) are often not optimally geared to customer needs, resulting in customers not feeling supported in their decision-making. They become frustrated and break off the dialogue since a technically perfect functionality is assumed by customers nowadays and is not a decisive quality criterion.

If voice assistants and chatbots really want to make an impact in a customer experience, findings from behavioral psychology help by talking into consideration that people rarely act rationally, rather decide based on intuitive, unconscious behavior patterns—and certainly applies to our purchase decisions too.

Findings from behavioral psychology prove that 95% of decisions are made by humans with their intuitive decision-making system. In other words, if you really want to respond to the needs of customers, you must focus on their unconscious behavior patterns.

In the PsyConversion study, elaboratum was able to demonstrate a positive effect on conversion when websites were optimized for unconscious behavior patterns and their findings can be transferred to the design of conversational user interfaces.

With the approach of the so-called behavioral bot design, user needs and the decision context are brought into focus. Based on this, selected behavioral patterns are used which should place coherent triggers in the bot that triggers the desired behavior of the customers.

Behavioral bot design describes the holistic, customer-centered conception of conversational UIs. The aim is to improve user experience and thus, make it easier for customers to make decisions.

The use of such patterns was tested in a pilot experiment by elaboratum in collaboration with the University of Göttingen. The result of an AB test showed that the use of patterns made the 347 test subjects 42.2% more satisfied on average during a purchase process, as it creates a more natural experience, and 81.3% of people would use such an optimized assistant to buy products in the future.

In five steps to a user-centered conversational UI

1. The right use case: Are you asking yourself where a bot represents the greatest added value for the customer or which tasks can be made easier for the customer? Good questions, since the selection of a sensible use case lays the foundation. The customer glasses should always be put on to respond well to user needs.

2. The right technique: Depending on the use case, there are different requirements for the functionality of the bot. Even if the basic functions of all providers are very similar, differences can be made depending on the focus. A thorough comparison of providers is therefore essential.

3. Behavioral bot design: The PsyConversion method focuses on the user and his needs. By developing a user persona, suitable behavioral patterns can be selected, and triggers designed. In the entire process, the top priority is to make the decision-making process as simple and intuitive as possible for the user.

4. Testing and optimizing: Behavior patterns work, but the respective context is decisive. For a user-centered approach, it is therefore important to continuously test the effect of the patterns and, if necessary, to optimize the design. In the first step, the goal should be to achieve a high interaction rate of the user with the conversational UI. The bot then needs to be trained to provide a suitable answer as often as possible. The quality of the content should be continuously improved with the help of using ratings (thumbs up / down).

Conversational UIs offer the user several advantages that can become important competitive advantages for companies in the long term. The prerequisite for this is that the interface supports the user in the decision-making. Obstacles and objections must be removed in a dialogue, and the user must be kept in a natural flow. This can only be achieved through consistent user-centricity with behavioral bot design to adequately address the behavior patterns and thus, fully exploit the potential of the conversational UI.