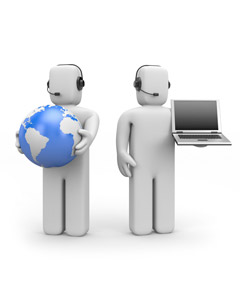 I think by now almost everybody has bought at least once something online, simply as doing so has many advantages. For online shoppers, it is not only because of the high level of convenience, but also because of the broader selection, competitive pricing, and easier access to information and amenities - especially attractive for the younger crowd. Friendster is jumping on the bandwagon of online shopping with the launch of virtual gifts and the Friendster Gift Shop, which is the first in a series of forthcoming products utilizing the new Friendster Wallet for their more than 115 million members globally.

Since most youth consumers in Asia do not possess credit cards, the availability of alternate payment methods is essential for Friendster’s core user base to spend and transact within the community. So, the Friendster Wallet will offer critical alternative payment methods such as prepaid “top-up” cards, which can be purchased at readily-accessible convenience stores such as 7-Eleven. Users can buy a physical pre-paid card at thousands of offline locations throughout Asia with cash, and then enter the unique code from the card into the Friendster Wallet to receive the money as credit into his or her account. Friendster will store account balances and allow users to make purchases on Friendster.com for gifts, games, goods and services.

Before Friendster users can send gifts, users must create their Wallet by logging into Friendster and clicking on the Wallet link in the upper right of any page. The quick step is necessary for security purposes so that each user can select a second password called a “Wallet Key” to keep their Wallet secure.

Friendster will give each user 1,500 free Chips upon creation of their wallet to allow them to send gifts to friends and family while learning how easy the Friendster Gift Shop is to use. After users have spent the free Chips, they can send more gifts by either earning more Chips through participation in special promotions, or by buying Friendster Coins. According to Jeff Roberto, Friendster’s Director, Global Product “there are a variety of gifts in the shop already and more will be added over time. Currently, Friendster users can choose from virtual birthday gifts, collectibles, greeting, premium, romance, seasonal, thank you gifts and more. All gifts are accompanied by a note, allowing the gift giver to add a personal message’ adding that the best part would be, “when gifts are sent, they arrive wrapped for the recipient, which makes unwrapping the gift more fun and exciting just like the real thing!” For the costs of 200 to 500 Friendster Coins the community members can send gifts to one another, quickly and conveniently, as part of their Friendster experience. Recipients can choose to display the gifts they have received on their Friendster profile in their Treasure Chest module, a new, special section of the Friendster profile page for a user’s favorite gifts. Additionally, premium gifts will automatically be displayed in the Treasure Chest for seven days, for all friends and family to see.

It seems as if Friendster has understood the techniques needed to lead their venture to success and the future will show how successful it is. It looks like they have the right business model in place that supports their organization’s culture and brand name, which will most probably satisfy their member's expectations by staying very user centred, too.

The expectations of the company are high and Jeff Roberto anticipates wide adoption of this new feature. He is convinced that it will be used regularly by millions of active users, but as the Gift Shop just launched in Malaysia and will be rolling out shortly to additionally countries and globally, he thinks it is “still too early to share specifics on usage and adoption”.

Asked what it takes to build, provide and implement such a virtual gift shop for such a large number of users globally and what he sees as the main challenges his company has to master, he said: “Back on October 15, 2009, Friendster announced a global partnership with MOL AccessPortal Berhad (MOL), a leading payments provider leveraging a network of over 500,000 physical and virtual payment channels worldwide, to power the Friendster Wallet and a payments platform enabling micro-spending for over 115 million users on Friendster. This partnership is the foundation of the Friendster Gift Shop as our relationship and integration with MOL has enabled us to leverage their infrastructure and payments platform to sell goods and services, such as gifts on Friendster.” He also told me as well that Friendster would be focused on the launch of additional products and services that will utilize the Friendster Wallet, and that there would be many new gifts in the making and hundreds of gifts live today on Friendster. A series of marketing campaigns should get the word out to millions of their Friendster users.

An ambitious approach considering that the Friendster Gift Shop is managed by a relatively small team from both Friendster and MOL.

According to Jeff, Friendster made the gift giving process a highly personalized and special experience for both the sender and the recipient which is in line with the personalized experience they have created on Friendster.com.

For the first time many of their users will buy and give gifts online, so I was wondering how Friendster intends to take on the educational role. We all know that it isn’t just about developing the application and putting it into the hands of the user, but that it is important to figure out means to support and educate the different target groups.

Jeff agrees and explained that that’s the reason why “every Friendster user’s wallet comes with 1,500 complimentary “Friendster Chips”, Friendster’s play money (promotional currency), that will let users make purchases and give gifts before they buy gifts with their own money. The complimentary Friendster Chips were created to teach Friendster users how to send gifts their friends, and to be used in a variety of upcoming promotions on Friendster.” He believes further that online shopping, and specifically, the pre-paid card model, will continue to be successful in Asia, affirming that they had seen the success of the pre-paid card model, offline, in their major markets, like the Philippines, Indonesia, Malaysia and Singapore. “With the Friendster Gift Shop and Friendster Wallet, we’re extending that model to work on Friendster and we’re applying it to a variety of products and services that have realized success in other micro-payment ecosystems, in other parts of Asia and around the world. We believe this will be a win-win-win for our users, for Friendster, and for our partner, MOL”.