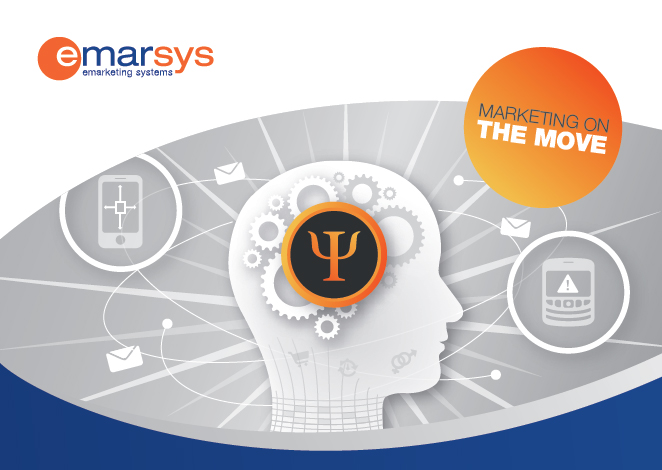 Today’s businesses are struggling to keep pace with consumers’ rapidly shifting patterns of consumption, especially since the Internet is increasingly being accessed on the move. Messages are reaching people anytime and anywhere via mobile devices that we take it for granted to get distracted. Interestingly, emarsys’ latest whitepaper “The Psychology of e-Marketing to Smartphones”, is eying exactly this issue, concluding that mobile marketing has become a whole new discipline and marketers need to understand what this means for them and their content to be able to adapt their strategies accordingly.

In fact, emarsys identified that the key to successful mobile messaging can often be found in the users’ unconsciousness, which distinguishes the potentially interesting from the dull. And indeed, we all know that a lot of the email and social media messages we receive are facile, dull and instantly delete-able. However, enough have something juicy in the content that fires off the reward circuits of our brains: we develop unconscious heuristics to distinguish the potentially interesting from the almost certainly dull, without even realising.

Thus, emarsys reasons the key challenges for successful eMarketing in the age of the media multi-tasker as follows:

“This means, making sure that your eMarketing is implicitly associated with something that lights up the reward centres of your customers’ minds often enough to be worth scanning: you need to offer a reward and be a release from the things people have to do, rather than another contributor to the stress of digital media. Put another way, you need to feed the habit”, emarsys states.

This conclusion makes perfect sense when you consider the nature of the unconscious mind. While we like to think our thoughts are our own, abundant evidence points to the fact that we are susceptible to priming. In other words, the way we think about something is influenced by what we were exposed to beforehand. So, if we’re consciously aware of being directed to do something, we are more likely to appraise it at a rational level and be resistant to the message.

The right approach can guarantee success

The best way to get guaranteed success is experimentation. According to the paper, there is no substitute for trial and error, whether you choose A/B testing, split testing, test and learn, field trials or others. It gives you room to evaluate your content in the right context, covering ground that traditional market research might miss out.

“The joy of an experimental approach is the opportunity it affords to be creative. Ultimately, it may be a whacky idea that generates the response you’re looking for”, emarsys claims.

Developing sufficiently sophisticated data profiling to identify the context in which eMarketing is received is without doubt the best approach. Simple measures, such as open and click rates, sharing and conversion are a great place to start, and are still significantly underused by many organisations. Not to mention that more developed analysis could help to identify when messages have been received, where people were and what they were likely to have been doing at the time.

“Even in the short time that eMarketing has been around, we can begin to see that the real prize awaiting the most forward-thinking organisations is not building up a database of contacts, but the ability to really understand and connect with their audience, through an understanding of how it behaves and reacts, and which is revealed in the data that can be collected about what they do”, emarsys elaborates in its whitepaper.

Impact on Asia Pacific is enormous

These findings are especially crucial in Asia Pacific, a region where more than 226 million mobile phones were sold to end users in the first quarter of 2013, increasing the region’s share of global mobile phones to 53.1%year-on-year. In fact, ‘mobile broadband’ subscriptions in APAC, which allow users access to the web through mobile devices, are growing at a rate of 30% per year, and will triple the number of conventional fixed-line broadband subscriptions by the end of 2013.

“With more time spent on mobile devices, the potential of eMarketing on smartphones in APAC is great for brands to reach current and future customers,” said Ohad Hecht, Managing Director of emarsys APAC. “With sufficiently sophisticated data profiling to find out what context the eMarketing is being received in, we can find out what nuanced message would best compete with all other messages that could distract your consumer”, he concluded.

With media multi-tasking and eMarketing being viewed in a more challenging context, it is indeed arguably more important than ever to consider the psychological impact your communication is making.