Five downsides of a viral launch 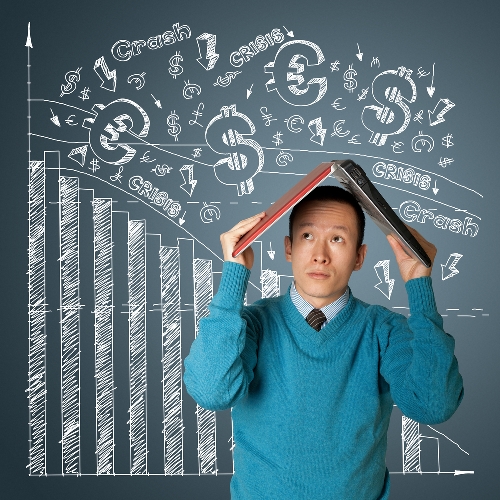 Lots of time has been spent on how to achieve viral campaigns in the past couple of years. Many articles and blog posts talk about the marketing genius needed to engineer a viral product launch. Very few are being specific about it. Most of them seem to assume that the benefits and risks are well known to everybody. So I decided to take a different angle on the subject and look at the pain aspects of achieving a viral campaign.

How do you protect yourself from the potential pit falls? Why isn’t it always a good idea? Those are a few questions that I plan to address, thereby hoping to help digital entrepreneurs to focus on the right things and avoid common mistakes.

What are the downsides of a viral launch?

On August 1, 2014 my team and I launched a niche ecommerce site for high quality socks and socks subscriptions called www.thesocks.com – simple value proposition - simple technology - simple marketing strategy. As we were eager to tell the whole world about our new business, we prepared a little pre-launch page announcing our products and offering gifts to people who invite enough of their friends to sign-up for our launch announcement. We did the ground work, announced our terms and conditions, ensured some level of security to protect ourselves and our users from abuse and clicked the share button.

Nothing much happened in the first week, until one day, on August 7, a deal hunter site featured our promotion and it suddenly spread like wildfire. Over the next two weeks, we had (an estimate of) over 400,000 exposures, 120,000 unique site visits, and about 35,000 sign-ups. Several blogs had written about us, numerous deal sites in US and UK featured us, 20+ topics about us were started on reddit, and thousands and thousands of social media shares carried our links. We even tried to slow it down when it started happening, by introducing extra steps and checks in the process to demotivate abusers and bot attacks.

This all sounds great, but it also somehow threatened the very existence of our company, caused a lot of stress for the team, and derailed our focus for multiple weeks in a row. There were countless positives outcomes as well, but instead of telling you about them, which I am sure you can imagine or read about someplace else, I will focus on the five biggest downsides of our viral launch.

Viral is relatively random. Someone shares some information with their social network, and then a small proportion of the group decides to share it forward. This process repeats numerous times and kicks off multiple other side factors (media features, blog features, etc.). There is very little you can do to control the spread, except to narrowly target your value proposition, but then why would you want to take anything niche and make it go viral? You have to accept that viral is a spray and pray technique where you hope that you’ll reach some of your target market through making a lot of noise. Our socks-site was mainly targeting males (or their spouses) aged 30-50, living in the big European cities, having an above average salary, and an office job… Only about 10% of those we reached fit that description, while about 40% were women aged 20 to 40 who live in a rural area (often outside of Europe)… and own a cat.

2. Overexposure – once you expose yourself to the masses, you lose control over your brand and its message:

On the positive site, overexposure allows you to crash-test some of your hypotheses, infrastructure, communication and value proposition.

On the downside, if the attention you get is very high in a condensed period of time, you turn to crisis management mode, which makes it difficult to learn, adapt, and be strategic.

If you have chosen to attempt a viral launch, you just have to accept letting the elephant into the shop and hope it’s not going to break something. For TheSocks, one of the biggest issues was that countless 3rd parties took our promotion, added some interpretation of its goal and value proposition and featured it on their sites, blogs, forums, and social media. This is when we learned the biggest lesson – “in the age of social, your brand is not your own anymore, it belongs to the audience!”

3. Administrative weight – your organization will be stressed:

It’s important to note that if you intend to be noticed by hundreds of thousands of people (or more), you will need dedicated customer support and a crisis management team. Communication is key, and if you are not on top of it, someone else will take the lead (e.g. customers who are overly excited to draw conclusions).

Our team was fully thrown off course when the viral spread started. Imagine 1.5% of our traffic sending us an email. That’s over 1,500 emails in 2-weeks-time. It’s a lot and you have to be prepared!

4. “Haters are gonna hate” – you will be publicly abused, for that is the nature of trolls:

Trolls are the second largest population on the web, after cats! Somewhere, someone, somehow will decide to twist your message, your terms and conditions, or your value proposition and start producing tons of hateful content about it. You can’t do more than to keep your ears open and politely, professionally, and non-confrontationally respond only to the accusations that you find worthy of a response. We managed to turn a number of conversations around, when some forums tried to convince people we were a scam. However, some conversations you must stay away from, because haters are gonna hate and that’s life in the web.

5. The hangover – life will come back to normal with the force of a dropping anvil on your head: A launch is a time-boxed event. It is a blip in the lifecycle of your product, and it only lasts until it lasts. It is very much like a great night out on a weekday – it is fun, you have a lot of emotions, but once you lose control you’ve destroyed your whole week. Soon all the traffic will go back to normal and your old priorities will resurface. You will have to handle orders, manage suppliers, and speak to investors – all of that while still having to manage the ripple effects of the launch. Worst of all - your organization will be tired and stressed. So if you plan a viral launch, make sure you plan a break for the key people involved as well.

The marketing opportunities that our connected world gives a start-up nowadays are immense! We can reach almost anyone, anywhere, any day in no time and almost for free. More interestingly, viral gives us the ability to leverage people’s friends in order to place a message before their eyes. However, we must not forget that it is no longer our message – it is owned by the people of the web. We have no control over what’s going to come our way as a result of a viral campaign. The only thing we can control is how we respond to it. This respond will undoubtedly drain energy and resources from the organization, and we need to be aware and prepared for that. Hence, it is mission critical for a business, especially a fragile start-up, to consider both the upsides and downsides of a viral launch, before deciding to embark on the journey.