Initiated by the former president S. R. Nathan in 2004, YRP’s mission is to help ex-convicts to integrate in the local society. The annual Yellow Ribbon Run, the Project’s key flagship event, is aimed at raising awareness and triggering real actions of acceptance of ex-offenders into work, communities and families and is slated to be held on 14 September 2014 this year. 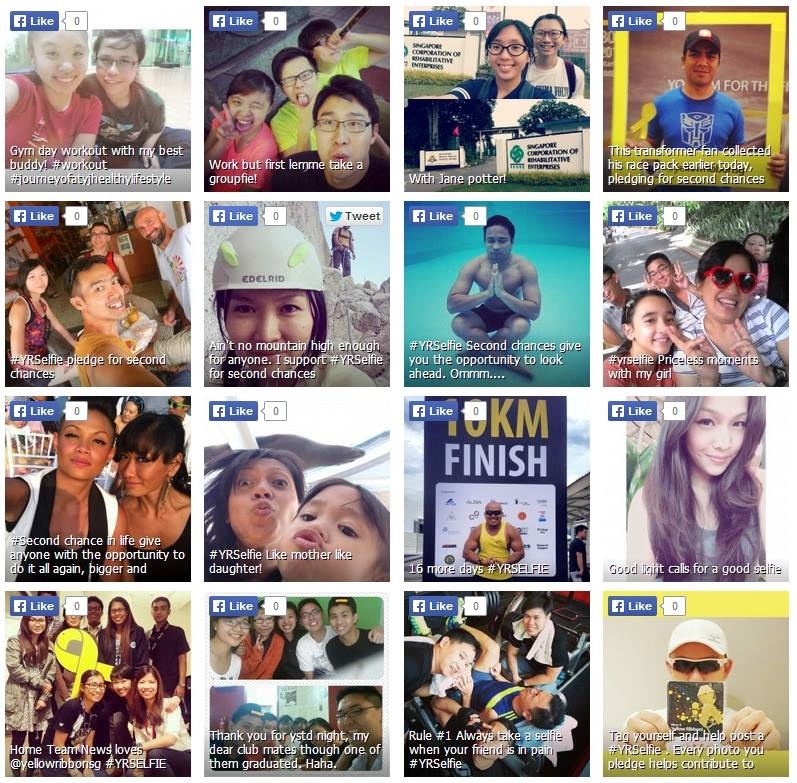 Leveraging Clear Channel’s very first full-screen interactive selfie booths at selected bus-stop locations, the campaign seeks to engage an average “Singaporean”, irrespective of age, gender, income, status or lifestyle to evoke their emotions and bring the community closer to the ex-offenders. The booths allow participants to take a selfie and personalize them by adding borders, ribbons and icons. Participants can also include speech bubbles, consisting of motivational messages for the offenders in four different languages. These selfies are then uploaded onto Yellow Ribbon Project’s Facebook page.

To reward those who have supported the cause, the most creative selfies stand to win prizes in the YRSelfie Challenge. A selection of the winning selfies will also be displayed on 10 different digital photo-walls across Singapore daily. This year, YRP is targeting SG$100,000 worth of donations through corporations towards the Yellow Ribbon Fund. Every photo taken and shared is a pledge in support of the cause that will help contribute to the targeted donation amount.

The campaign is also supported by 6 sheet posters that allows users to immediately download a starter kit on how to be a volunteer and help ex-offenders. Each of the elements will culminate with the Yellow Ribbon Run on 14 September, where an Instagram printer – another media first - will be launched at a key Clear Channel bus shelter along the race route.

“Photo booths give commuters the opportunity to place themselves at the very heart of the campaign and share their emotions and words of encouragement as a way of showing support towards the offenders,” stated Pat Lim, Managing Director of UM Singapore. “Never before have photos held the power to attract viewers’ attention amidst a sea of information. They are also an integral part and parcel of social media. Combining Clear Channel’s media touch points and the power of words and smiles, we aim to rally support for YRP and look forward to being a part of their unique cause.”