There is Strength in Numbers, so what’s all the Fuss about SOPA and PIPA? 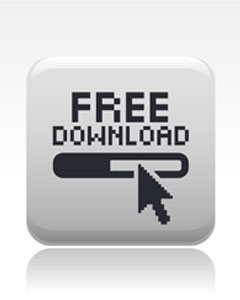 Statutory provisions always seems to lag far behind the technology or the complexity of the issue, as seen with the current on-going protests of the Wikipedia community that is shutting down its English-language sites for 24 hours on 18 January – Internet Blackout Day - to express its discontentment over the proposed federal anti-privacy legislation Stop Online Piracy Act (SOPA) in the US House of Representatives and the PROTECT IP Act (PIPA) in the US Senate. The open-source encyclopaedia website, Wikipedia, regards it as a threat to free speech and a road block for public knowledge and know-how.

SOPA supposedly seems to have support among both lawmakers, Hollywood studios and pharmaceutical companies, who claim that they apparently lose hundreds of billions of dollars due to pirated material. Meanwhile IT and Web companies, such as Wikipedia, Microsoft, Google, Yahoo, WordPress and others – including the White House - interpret SOPA and PIPA as acts of "Internet censorship” that jeopardizes their business and openness of the internet. Indeed - if passed - the bills could seriously damage the free and open Internet that has so brilliantly spun its success around a body of largely, freely acquired knowledge over the few short decades of its existence.

Wikipedia is definitely one of the biggest creations and contributors to the Internet. Driven by the non-profit organization, Wikimedia, it welcomed and organized user-contributed knowledge and gave it back to the masses. Taking the credo “Knowledge is Power” the organization has worked hard to provide its service to the world by embracing the zeitgeist of our Web 2.0 era. The free encyclopaedia now has some 474 million unique visitors per month, making it the fifth-most popular web property in the world (comScore, November 2011), it is available in 282 languages, and it contains more than 20 million articles contributed by a global volunteer community of more than 100,000 people. I think these figures speak for themselves and reflect the spirit of the Internet world perfectly. Wikipedia is a knowledge source created by the public to be used for the benefit of all and that’s simply in line with Internet philosophy! Providing access to educational material on a wide range of subjects to those that can’t afford paid content can’t be wrong! There is and must be a “give-and-take” thinking that only a free and open Internet can guarantee.

History has already proven, quite often, that when you regulate one area, another area of opportunity opens. In the case of Wikipedia, Digital Rights Management (DRM)  technologies should actually provide a solution, tackling an old problem for businesses and their legal objections to copying technologies. There is no doubt that there are, as everywhere else, some bad guys in cyberspace - commercially motivated and only out to make money. “Still, that doesn’t necessarily mean that Web companies in general don’t have a desire to make the world a better place – many do!”, Founder of Wikipedia, Jimmy Wales believes, adding: “All around the world, we’re seeing the development of legislation intended to fight online piracy, and regulate the Internet in other ways, that hurt online freedoms. Our concern extends beyond SOPA and PIPA: they are just part of the problem. We want the Internet to remain free and open, everywhere, for everyone.”

His call has actually been hotly debated for quite some time and is not really new, besides the worries over Internet privacy. But are we not already at the point where the “power to the people” screams can’t be overheard? The Internet world demands its right of free speech and knowledge and even accepts in return that supporting companies might monetize their efforts.

Just look at the new Web code HTML5, for instance, that promises to usher in a new era of Internet browsing within the next few years. It enables users to view multimedia content without downloading extra software, to check email offline, or support finding a favourite restaurant or shop on a smartphone. The reason why it was hotly debated was not because of the many benefits it definitely provides, but for the fact that HTML5 discloses privacy issues. Although its additional features are most probably extremely attractive for most of its users, like resolving the common doubt of “cookies with a very long memory”, others will be more cautious as the new Web language and its additional features present more tracking opportunities. Some companies in the US, for instance, have already been accused of violating users’ privacy by tracking their online activities even after they took steps to prevent it, which gives us another hint of what could come.

Considering all the free content and services that consumers now enjoy because of advertising revenue, it is imperative that any possible new laws are carefully tailored or questioned whether they are needed at all. Are we not mature enough to know that we can’t embrace free-for-all services and content and at the same time shield ourselves completely from the curiosity of others?

Let’s be honest, not all piracy is undesirable, considering that only valuable things get stolen. Therefore it is actually a complement - or as my sister recently described it: “Pity you get for free - envy you have to earn”. So, we should let the future development of the Internet take it’s own natural and free course and not hinder or hobble it with too many protective measures. We all know that rules and regulations can always be bypassed with new concepts, innovations and technologies – we just have to become progressively more sophisticated. Let’s not close the door to the growing world of knowledge just to stand alone in our own light. There is strength in numbers and if we work together the light can shine on us and all we do if we work together now!