Generation Z are masters of adaptation on Social Media 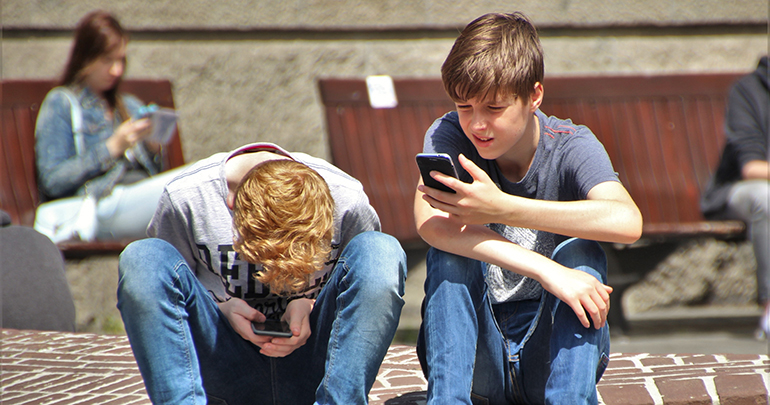 Many 16 to 23-year-olds don’t seem to be driven to stand out as a personality from the masses in the context of their social media appearances. On the contrary, the so-called "Generation Z" seems to be surprisingly homogeneous: as far as aesthetics and poses are concerned, they are more likely to submit to the valid norms and rules that receive the most approval from the social media community.

At least, this is an overall result of the study “Digital Self vs. Real Self" of the society for innovative market research in Heidelberg, that examined how 16- to 23-year-olds present themselves in social media.

According to their findings, the neo-conformism in the web produces similar dreams and ideals of beauty for the Gene Z. This means specifically that the 16- to 23-year-olds try to look as styled and experienced as possible in their posts. To achieve these effects, 66% of them use apps for image editing and girls also resort to increasingly drastic beauty measures, such as gel nails and artificial eyelashes.

The main reason they do that has a lot to do with the desire for social recognition: anyone who presents himself on the Net Gen Z-compliant receives many "likes" from peers. Recognition by the peer group is already regarded by Gen Z as an achievement.

Accordingly, many 16- to 23-year-olds see themselves in the social media world as a professional: one third say that their biggest dream would be to earn money with posts in social media; at the same time, a high-performance pressure on the target group relies on the ideals of social media.

The GIM study continues to analyze the role of social media in product purchasing, revealing that girls are mainly inspired by fashion and cosmetics, while boys are inspired by sports, gaming and technology.

The source of inspiration for a specific product purchase is above all Instagram: for fashion, 68% say they have been inspired to purchase their products here in the last six months. At the same time, social media tend to be decisive for product purchases for younger people.

Anyway, in the area of social media, a change in user behavior is already obvious and this development will continue in the next few years: interest is decreasing, and people spend less time on social media or deactivate their accounts altogether. For instance, 32% of all UK and US users say they have disabled or closed a social media account in the past 12 months, GlobalWebIndex stated.

So, what does this mean for marketers? First, there is a clear need to create content that promotes user interaction, for example, using VR and AR technologies. Second, other channels such as email marketing and PR are gaining in importance again. In fact, AI technologies will play an increasingly important role in digital marketing and so we can just keep an eye on the role social media will play in the marketing of the future.