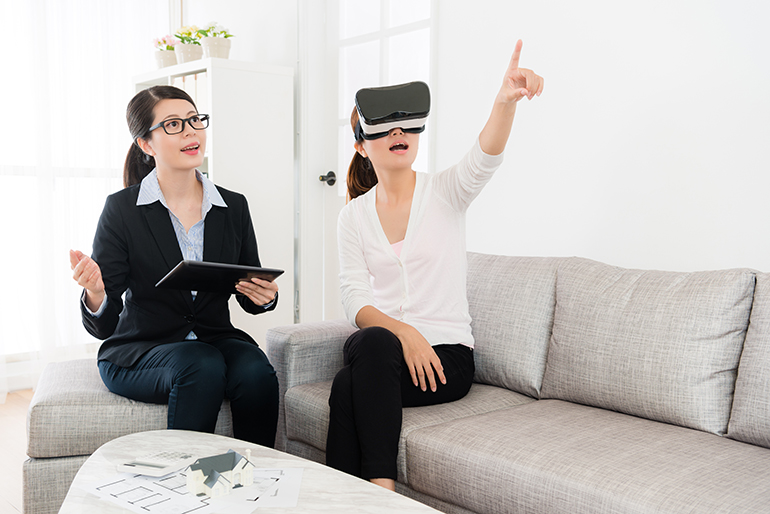 The forced inaction of the past weeks triggered companies, institutions, and users to look into augmented reality (AR) and the opportunities it offers. They simply had time to get used to changing work processes and to test new tools and techniques.

In countries where COVID-19 has broken out on a large scale, the software company TeamViewer reports to have identified a significant increase of AR usage - especially in China. The company started out with a very simple principle: people that are in need of help can call a potential helper with a smartphone and show the problem via camera. The helper can then use simple drawing tools to place digital information on the real image, thus offering instructions on how to solve the problem. For instance, by simply drawing an arrow on the screw that the layperson (person in need) is supposed to turn at the other end. In general, this form of assisted remote maintenance has no limits and can bring swift relief and handy solutions. For instance, the approval process e.g. for marketing material could be implemented in a similar way: the "distant" employees show each other drafts and "comment" on them with digital crayons.

The exciting question remains whether AR will also become more interesting from the perspective of the end customer. Since Pokémon Go, there has been nothing getting people as excited about this technique on a large scale. But analysts see an opportunity now because people are adopting a different reading and media consumption behavior these days. Especially high-tech à la AR has received a boost that will most likely not go away even after the crisis.

Important for marketing departments is of course that not only the users adapt new formats, but potential advertisers are open for new ideas, too. AR could, for instance, become part of the future of sports marketing, since the stadium areas are fully booked. Added value can only be increased by coming up with additional offers or virtually replacing the stadium banners, as various football leagues already do.

Due to social distancing rules and bans on bigger gatherings, there are currently no trade shows taking place. Ultimately, organizers and keynote speakers might question in the future whether they should continue working together virtually, meaning if a physical gathering is ‘really” needed, or if they could e.g. send their avatar instead of speaking on stand in person.

If you have a Snapchat account, you might want to look at what happens when you are using the camera to scan a dollar bill. With the help of the Covid-19 lens, the bill can be donated directly to the solidarity fund of the UN and WHO. I think there is no better way to use new technology and to showcase how augmented reality bridges the gap between the real and the digital world and back.

Snapchat is a well-known pioneer in AR. Since the company made the technology easily accessible to millions of customers. Facebook has followed with SparkAR and AR can also be used on Instagram. In addition to Google, YouTube can now also play AR content. There is even a first AR advertising format.

My point is, after the COVID-19 crisis, there will be many users who have tried AR, for example in Google search. Access to technology using a smartphone camera is becoming trivial. At the same time, however, many users will also have recognized that most AR applications do not go beyond the status of a gimmick. yet.