Retinal projection and XR glasses will be screens of the future 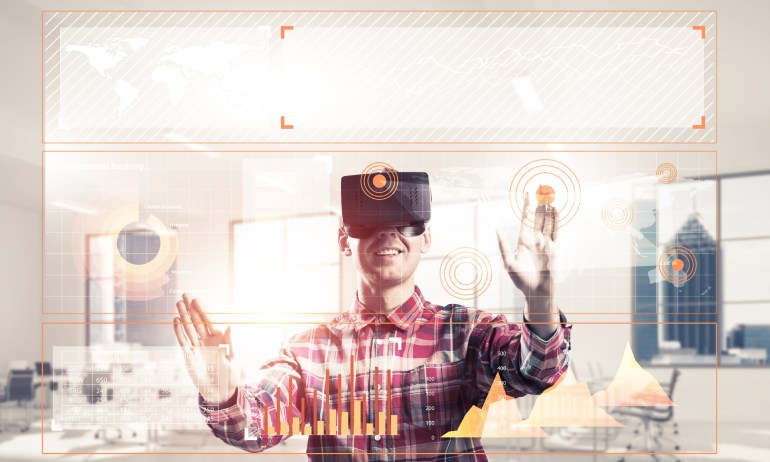 Since we always carry a around smartphone, we constantly have a screen at our disposal. That fact prompted the technology experts at Deloitte to think about the role screens will play in our lives in the future.

To get a picture of that, Deloitte’s Center for the Long View worked with scenario design in order to be able to imagine what our everyday digital screen life could look like in 2030. They opted for this method since it allows to go beyond the usual planning horizon of three to five years. In this case, it is not about predicting the future in detail but analyzing the risks and opportunities of certain strategies.

Deloitte created four extreme but plausible future scenarios for the "Future of Screens" in 2030, which differ primarily by means of two factors: the number of screens that a consumer uses in everyday life, and whether entertainment and media consumption or functionality are the stronger drivers for use.

Ultimately, user acceptance, data protection and ecosystems are the three main factors that determine the role that screens will play in the future.

1. An armada of interfaces

In this scenario, screens are omnipresent - even in public spaces. The "Internet of Things" (IoT) pervades everyday life and so functionality is the focus when using screens. Data can be used extensively whereby the digital platform providers play a central role in this, since they collect and process large amounts of data and are used to centrally link the screens. Consumers also use a variety of screens for many different applications. However, this scenario does not come up with major hardware innovations. On the consumer side, there is just little acceptance for technologies such as virtual reality or even retinal projection displays.

This scenario can be summarized as ‘one screen for everything’. Every consumer has his own high-end device that makes additional screens superfluous in both private and public areas. Besides the particularly powerful smartphones, augmented reality (AR) glasses gain momentum, hence, the big winners are the device manufacturers. In addition to the hardware, they provide the operating systems, which means that they also hold the consumer data. App developers or digital platforms can only reach consumers through the manufacturers.

In this scenario, screens are a "private matter" and primarily used for entertainment. Strict data regulation prevents both the omnipresence of screens in public life and functional application possibilities. Consumers therefore rely on a small number of high-quality screens in the private sector, such as AR glasses or large, high-resolution TV sets. Quality is also the key when it comes to content.

This scenario is probably the most exhausting variant for everyone involved - especially for consumers – since screens are omnipresent and due to strict data protection regulations, there are just few options for functional applications. Instead, consumers everywhere are bombarded with non-personalized and therefore often irrelevant content. Hardware is also more about quantity than quality, so that large, digital display boards are perhaps the most exemplary screen form of this scenario.

Klaus Böhm, Head of Media and Entertainment at Deloitte explains that the direction in which we are moving depends primarily on three factors: “Which technologies do consumers accept? New forms such as retinal projection or augmented reality glasses require getting used to. Technology must not only be a means to an end. For it to be accepted by consumers, either the functionality or attractive media content must be convincing." 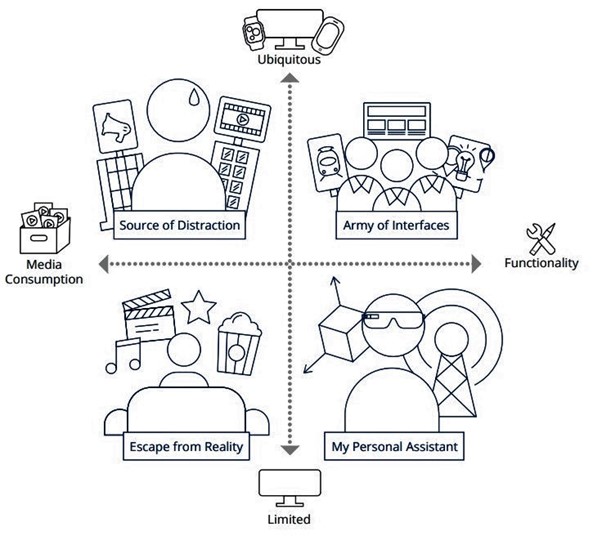 Last but not least, the issue of data protection is crucial. It requires the trust of consumers which means the digital platform providers must accept ethical limits.

"The creation of ecosystems is also important because screens combine functional and media applications as a central user interface for the consumer. In an open ecosystem, media companies, device manufacturers, digital platforms, app developers and advertisers can bring in their individual strengths in a meaningful way - and in the end everyone benefits from it", Klaus Böhm concludes.

The complete study "Future of Screens 2030" can be downloaded free of charge.