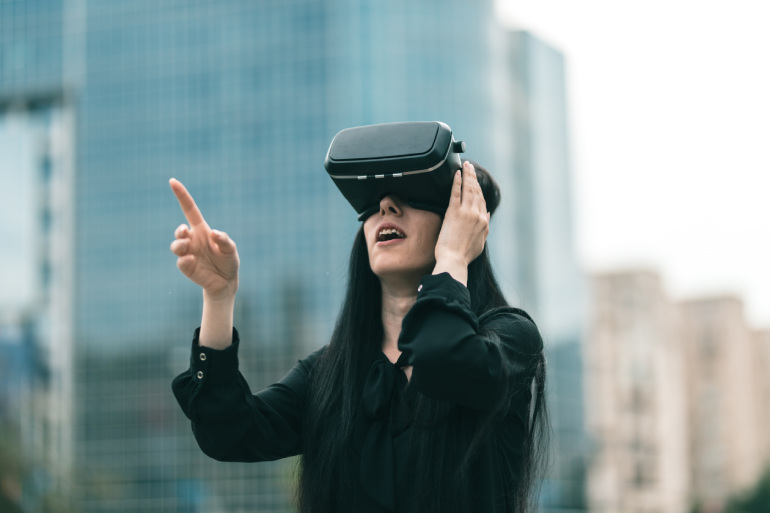 Extended Reality (XR), the umbrella term for what is currently perhaps the most fascinating consumer technology, is becoming an exciting new candidate for the next big trend in the industry, since it includes virtual (VR), augmented (AR) and mixed reality. VR takes you into a strange, virtual world using closed glasses, while AR and mixed reality complement the real environment with digital elements—be it via smartphone or tablet or with special glasses.

"The topic of VR came up around five years ago", Klaus Böhm, Head of Media & Entertainment at Deloitte explains, as at the time the technology was expected to have a similar potential as the smartphone. So far, however, VR has not been able to live up to this hype.

For the latest edition of Deloitte’s Consumer Technology study, Klaus Böhm took an analytical look at virtual, augmented, and mixed reality, since they remain highly exciting technologies with enormous potential for the consumer sector—beyond hype and disillusionment.

Be it PC- or smartphone-based AR, consumers are particularly interest in navigation and travel guides (24%), games and shopping (16% each) as well as learning content (15%), social media (12%) and advertising (8%). Not least because of the enormous success of Pokémon GO in the AR area, games have so far been the most prominent field of application of Extended Reality (XR), but the figures show that consumers are open to try out other applications.

"Games will continue to be a decisive factor for the success of Extended Reality," explains Klaus Böhm. "The tech-savvy gamers are important early adopters and the current foundation of the customer base. Manufacturers should, however, take advantage of the open-mindedness of customers and place the content on offer on additional pillars, such as e.g., the concert area, where there have already been initial attempts. Especially during the current Covid-19 pandemic and our “new normal”, XR concerts could be an attractive compromise between safety and experience.

However, investing in XR is still an investment in the future. The costs for elaborate VR film productions, for instance, are likely to initially exceed the revenues, which is why not only innovative start-ups, but also the large media and platform companies with solid financial resources are needed to make the technology more attractive for consumers.

More than just a gimmick

These investments are expected to pay off, in fact to triple in the next four years, even without new impulses—same as with augmented and mixed reality. However, two requirements must be met: a new killer app, such as Pokémon GO, and innovative killer hardware must mobilize the market.

"Establishing Extended Reality is not a sprint but seems to become a marathon. Nevertheless, it is worth investing here," Klaus Böhm says. "In recent years, the consumer technology industry has not been able to come up with any innovation that promises comparable potential. Our forecasts show that XR can become a billion-dollar market. We have an ideal showcase for the media and telecommunications industry here. The applications require high-performance hardware, tailored content and fast networks.

The future is within reach

5G will take XR applications to a new level and allow to exploit its potential. It is just important to inspire consumers and create a "must have" effect in order to turn the fascinating, innovative technology into a commercial success. Definitely, 5G will introduce a new wave for immersive technologies with more people downloading virtual content on the go and these technologies could be as ubiquitous as mobile devices in only a few years to come. So, expect to see XR technology applied in several areas, such as retail/e-commerce, video games and entertainment, as well as in general the educational, medical and military field. And with immersive technology becoming more mainstream, it will likely infiltrate more and more industries.