The unstoppable and steady rise of e-commerce in India

E-commerce in India has grown by 68% during the last three years, while in China and the United States it has only grown by 23% and 12% respectively.

As one of the most populated countries in the world, India is an important online market with currently more than 50 million online shoppers and this number is growing exponentially. There is a new Internet user every 3 seconds, which means that every month nearly 1 million Indians use the Internet for the very first time in their lives in some way.

Besides that, Indian online shoppers spent an average of $288 every year, so it is not a coincidence that e-commerce in India is worth more than $22 billion today and expected to be worth over $100 billion by 2020.

It all started around 20 years ago (on August 15, 1995) in India with the release of free internet that was embraced quickly by the population and included in Indian’s daily lives. With an increase in the number of e-commerce websites, diversification of small businesses, and a growing internet penetration, India’s e-commerce market is therefore predicted to increase exponentially in the coming 5 years.

Anyway, the country differs from most developed markets, where consumers are making the shift from desktop to mobile for shopping online, by skipping the desktop phase altogether.

Although digital shoppers in India are increasingly accessing the web for the first time via smartphones, their willingness to make purchases on mobile devices is remarkable. In fact, India’s status as a mobile-first market is reflected in its impressive retail m-commerce figures.

As said, the e-commerce revenue of India is also expected to increase, namely from 30 billion to more than 120 billion dollars by the year 2020. The sector is growing at an incredible rate of 51% and is the highest in the world, pushed by a huge number of millennials and a young population as the driving factor of this growth.

Striking is the fact that compared to Western markets and China, that have seen slowdowns in their economies, India is expected to experience healthy GDP growth due in part to infrastructure investment and ongoing economic reforms. In addition, India has this massive population with a relatively young median age and as this cohort joins the labor force, they will also add to the country’s new, expanding consumer class. Besides that, mobile’s share of e-commerce will continue to grow over the next few years due to the implementation of robust 4G networks by mobile carriers and the increasing working population and growing number of middle-class households.

DealSunny.com created a detailed infographic that shows the incredible growth of e-commerce in India (see below): 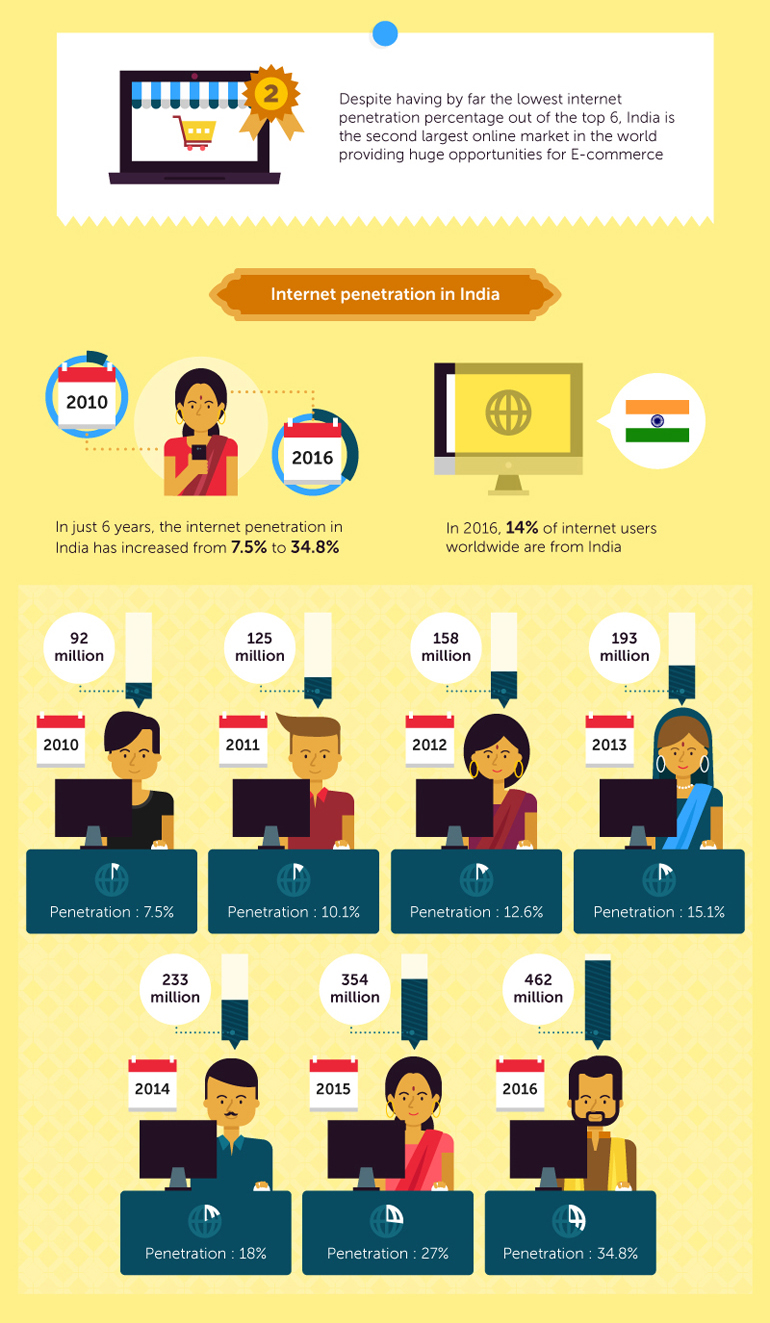 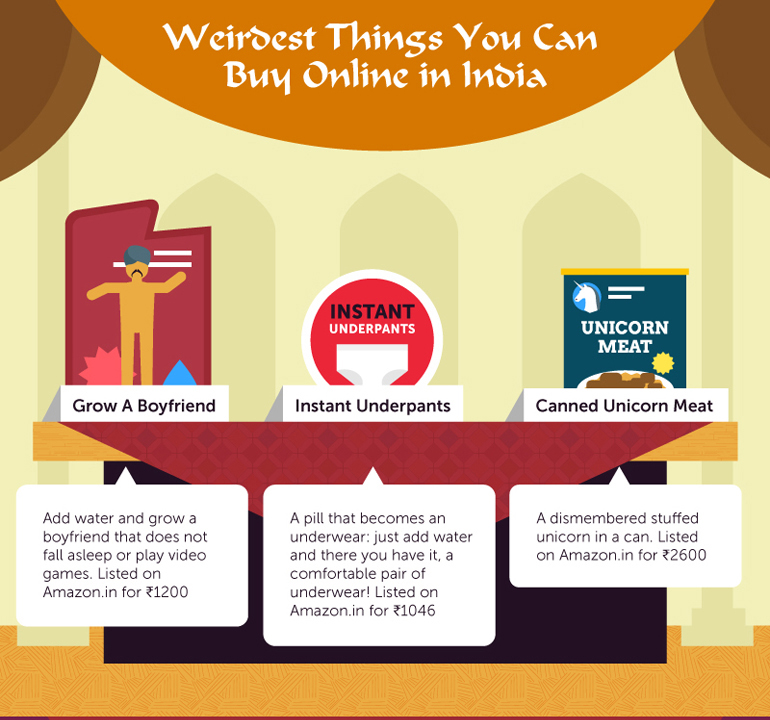 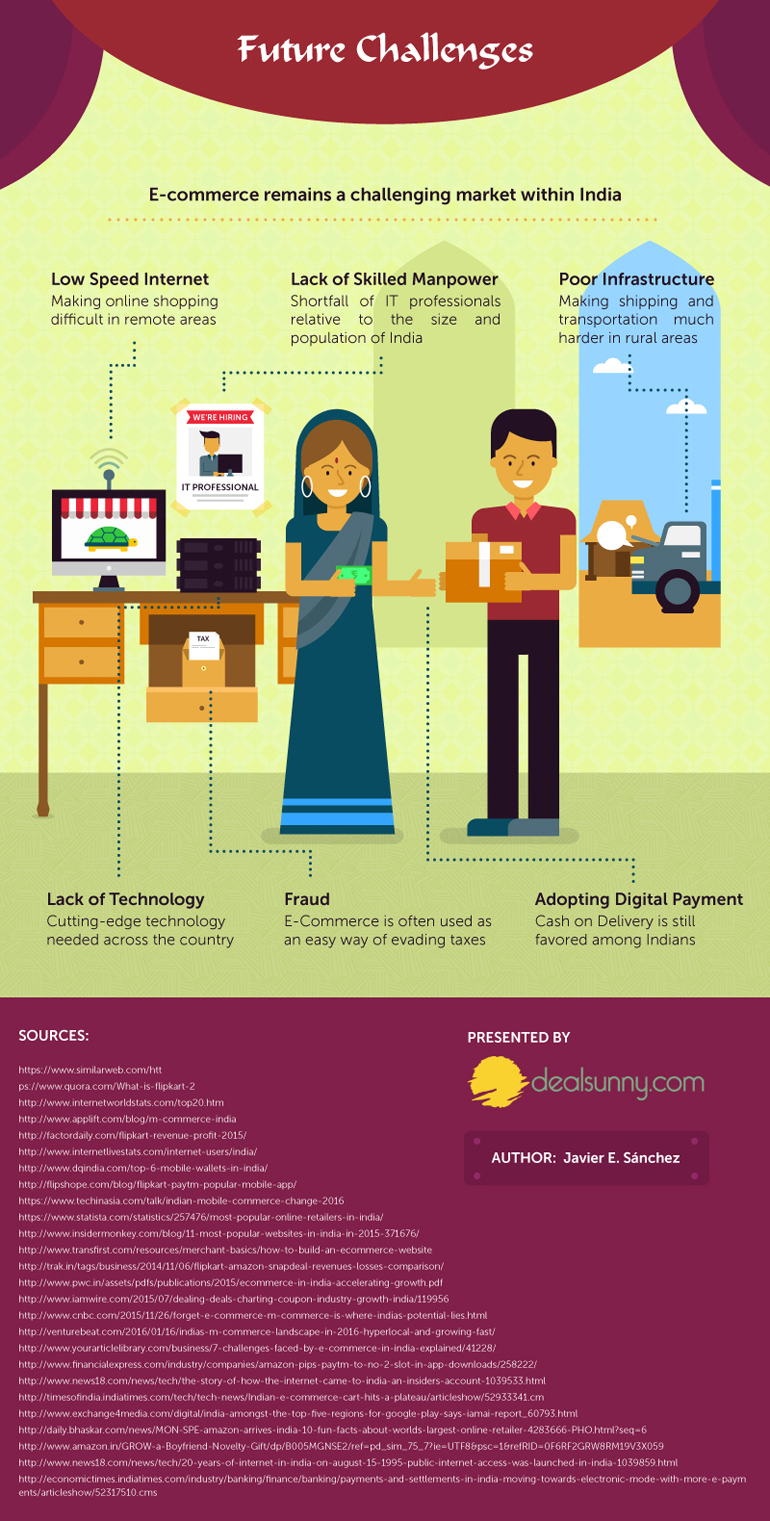