Should we forget the New Year’s resolution? 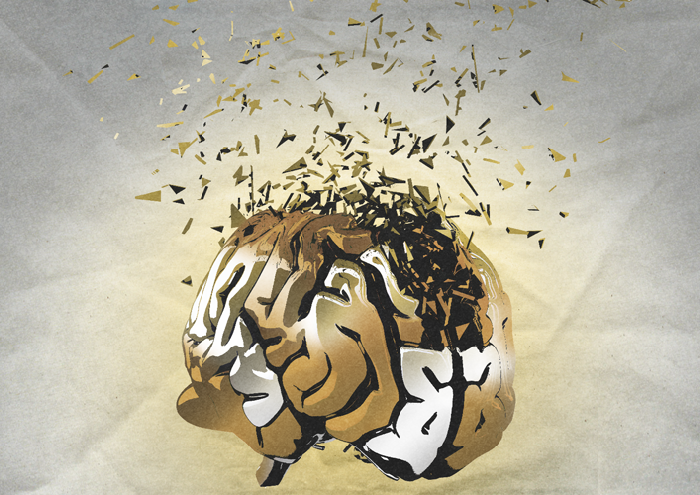 One of Aurecon’s latest Just Imagine blog post by Aurecon CEO, Giam Swiegers, argues that the best thing you can do for your career and company this year is to focus on your strengths.

Come 1 January and most of us feel pressure to make resolutions to improve something which, frankly, we usually weren’t any good at to begin with. “Take up playing the ukulele”; “Become a better cook”; “Improve my gardening” … By 17 January, you’ve usually lost all momentum and once again regressed. If this sounds like you – please stop feeling guilty immediately. In fact, you should actually feel pretty smug. Focusing on what you aren’t good at is a waste of time at best. If you work on your strengths you might be brilliant; but if you work on your weaknesses, you may only ever be average. And who wants to be average at anything?

Historically, we’ve been programmed to think that ‘good parenting’ is telling your children: “You can be anything you want to!”…or is it? Modern wisdom (and psychology) now seems to suggest the exact opposite.

Well-known psychologist Dr Martin Seligman, who coined the phrase ‘Positive Psychology’, believes that for a person to be truly happy and live a life that is meaningful, you must understand what your personal strengths are in order to use these to reach your full potential. If we took Seligman’s advice, we’d spend far more time trying to uncover our personal strengths and not waste valuable time and effort on things that take us away from doing what we were made to do.

When we focus on leveraging our natural talents, we play to our strengths and exhibit our greatest potential.

Ever heard of the world’s best juggler? Mikhail Rudenko, born during the 1950s in remote Ukraine, had a passion for juggling and juggled professionally as well as taught the same. In 1978, he started to practice with 12 balls and achieved a personal best of 16 catches (each catch with two balls). The ‘official’ record for the most balls juggled was set by Alex Baron (11 balls) in 2012 – no one has been able to top Rudenko’s feat. Interesting, he has been quoted as regretting that he wasted his time and energy on juggling with other props and if he could start from the beginning again, would practice using only small balls. If someone had told him what he was doing was impossible and that the world record one day would be only eleven, I believe he would have replied “nobody told me it was impossible”. He had simply done what came naturally.

Have you ever been part of a team that just doesn’t work despite the best efforts of everyone around the table? Or maybe you’ve experienced the opposite – a team able to deliver time and again with everyone ‘on the same page’ and consistently motivated. In the 1970s, management psychologist Dr Meredith Belbin discovered a way to predict the success of teams. His research involved business simulations which divided participants up according to their different psychological types – introverted/extroverted etc. During a five-year period he hypothesized that there are certain patterns or clusters of behavior which predict team success and that individuals often have a preference for one or more of these clusters. Another discovery included that no one team is ever perfect for every task.

At the end of the study, he was able to accurately predict which teams would succeed at projects by analyzing the strengths a group of individuals brought to a specific team engaged in a specific task. His analysis reinforces the fact that team success relies on interdependence and the right ‘mix’ of its members’ strengths.

For industry, is this a clear call for change? Now more than ever, amid world volatility and seemingly insurmountable problems that include climate change and the growing health crisis, there’s a need for diversity of thought. We have had so many people that looked exactly like us running the world before and this hasn’t (yet) resulted in significant improvement. We need a radical shift away from what we’ve done before, if we want results that are different to what we’ve always achieved.

Dr Ute Hülsheger, an Associate Professor of Work and Organizational Psychology at the Faculty of Psychology and Neuroscience at Maastricht University, is also a proponent for diversity of thinking. She advocates for diversity in skills (job-relevant diversity) as a major contributor to innovation, although she does caution that careful thought and curation are required in terms of diversity of backgrounds on a team in order to achieve the diversity sweet spot.
Interestingly, each one of the nine team roles Belbin formalized has what he calls an ‘allowable weakness’ – reinforcing the fact that we do not have to be good at everything all the time. We just have to be really good at what we are good at! There is great strength in the right mix of strengths.

Hire for your weakness

Some of the world’s best inventors were known to be weak at certain things. Mark Zuckerberg and Steve Jobs didn’t become famous for their tolerance of others.

Yet weaknesses often make us uncomfortable and this tendency to want to be ‘perfect’ spills over into our leadership style. We look at weaknesses during annual performance appraisals and how to improve these. We come up with ‘development plans’ focused on improving our ‘blind spots’.

In reality, we should be hiring for our weaknesses, not improving them. If you’re great at meeting with new clients to seal the deal but poor at the follow-up paperwork, you don’t need a course in administration. You need an effective personal assistant. If you’re a whizz at designing new processes but get bored with implementing them, you don’t need a course in follow through. You need a project manager.

Going forward, companies who embrace a diverse workforce with complementary strengths will be better equipped to compete than those who demand conformity.

Be prepared to be challenged

Warren Bennis, an early pioneer in the field of leadership studies, wrote in his book ‘Co-Leaders’ that today’s world is complicated and that the days of solo leadership are gone. In other words – autocracies are out – teams of leaders are in. Bennis believes that in today’s complicated business environment, leaders who can combine the skills of their followers will progress.

The prerequisite to this ability is a leader who isn’t intimidated by difference or uncomfortable with being challenged. Surrounding ourselves with those who always agree with us dramatically increases our likelihood of being wrong or failing.

Richard Branson has made a career out of challenging the status quo. He infiltrates businesses that have become ‘lazy’ and brings unconventional thinking to business conundrums in order to awaken potential. He is good at competing and disrupts traditional thinkers in his space. His signature style is a ‘rebel brand’.

Estée Lauder, of the cosmetic giant by the same name, built her success through sheer hard work and her signature ‘I don’t take no for an answer’ courage. “To sell a cream, you sold a dream,” said Lauder – and it was a dream she worked on in her tiny flat day in and day out, knocking on doors for hours on end to peddle her wares before securing contracts. She became famous for saying: “I never dreamed about success. I worked for it.”

But what if you aren’t an Estee Lauder… a Branson… a Jobs… or a Zuckerberg? One of the non-negotiable skills that leaders should have is an ability to manage outcomes – but let’s not forget: there are several thousand ways to get there. An authentic leader who has found their signature style and is focusing on their strengths is far more powerful than emulating tried and tested leadership principles.

In 2017, isn’t it time we threw away the formulaic blueprint of leadership or what a successful employee ‘should’ look like? What businesses today need are leaders courageous enough to advocate for a diverse workforce who are unleashed to work on their strengths. Forget the New Year’s resolution and improving what might never be. Each of us has enough strengths to contribute to the table already – what’s yours?

Subscribe here to get access to Aurecon’s latest blog posts that provide a glimpse into the future for curious readers, exploring ideas that are probable, possible and for the imagination.