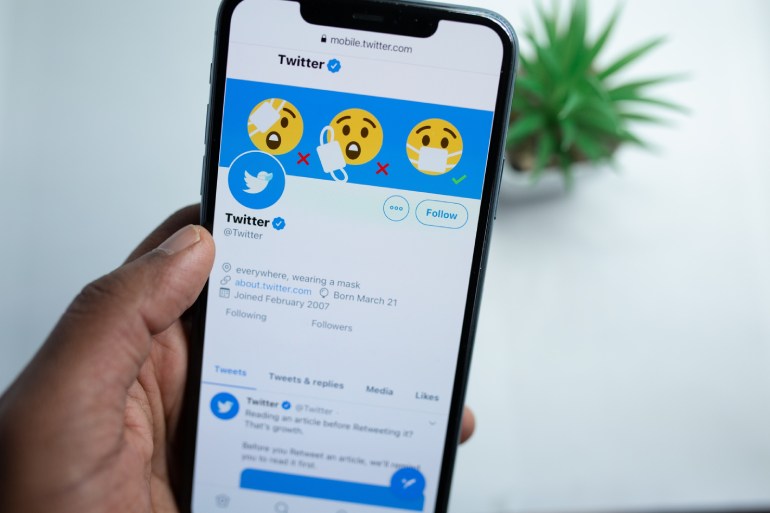 Twitter, together with K-pop Radar, analyzed K-pop stars' use of Twitter for the first time and found it to be a critical tool for artists as they built global audiences, as the fourth generation of K-pop stars actively communicates with global fans on Twitter.

This analysis, "K-pop Generations Analysis by Twitter Usage", looked at 69 total K-pop artists with more than 300,000 Twitter followers as of May 1, 2021, and analyzed the artists by generation. 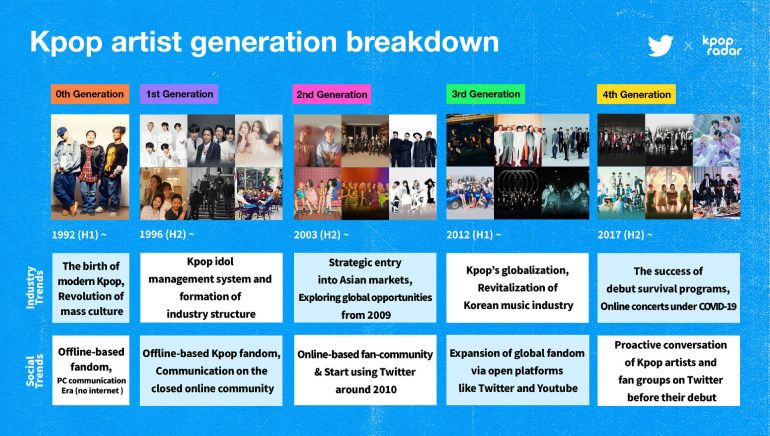 K-pop stars' method of communicating with their fans has changed in line with the development of the K-pop industry, as well as the media. First- and second-generation K-pop stars communicated with their fans through closed communities, such as fan cafes. From the third generation onward, artists shared content with their fans through global media platforms such as Twitter and started to communicate with wider fan bases through live streaming and text messaging channels. Recently, beyond releasing content, K-pop stars are diversifying ways to communicate with their fans by actively utilizing new features such as Fleets and Spaces on Twitter. In addition, as offline concerts and fan signing events were canceled due to the COVID-19 pandemic, they are actively communicating with global fans through online concert streaming, as well as #TwitterBlueroom live Q&A on Twitter. 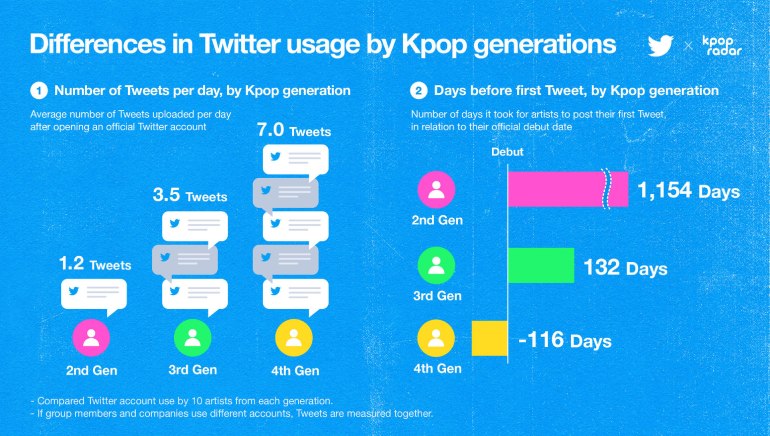 Excluding the first generation, who were active before Twitter launched, K-pop stars averaged: 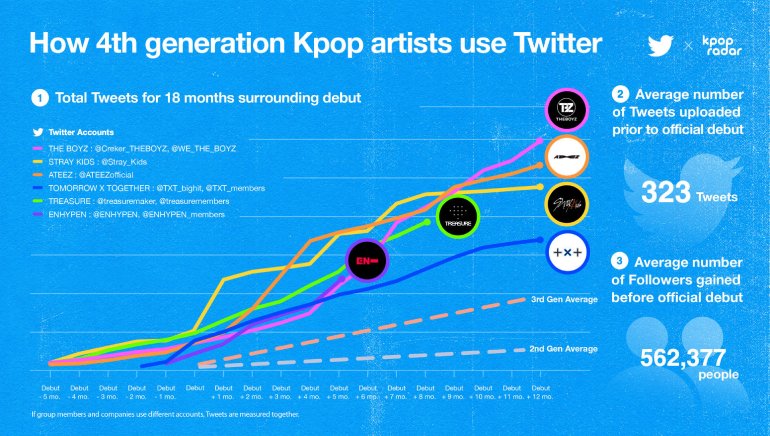 Analyzing the number of Tweets for a year following artists' debuts reveals other differences between the generations as well. Most second- and third-generation artists did not post Tweets before their debut, and slowly increased their number of Tweets after their debut. However, a notable exception is BTS: BTS opened its Twitter account in December 2012, six months ahead of debut, and actively communicated with fans globally. Currently, BTS has 36 million Followers on Twitter.

Fourth generation artists, such as ATEEZ, THE BOYZ, ENHYPEN, Stray Kids, TOMORROW X TOGETHER, and TREASURE, communicated with their fans after opening their Twitter accounts, months ahead of their respective debuts. On average, fourth generation artists Tweeted an overwhelming amount before their debuts compared to second and third generations, with each artist uploading an average of 323 Tweets, and accumulating 562,377 Followers even before debuting. 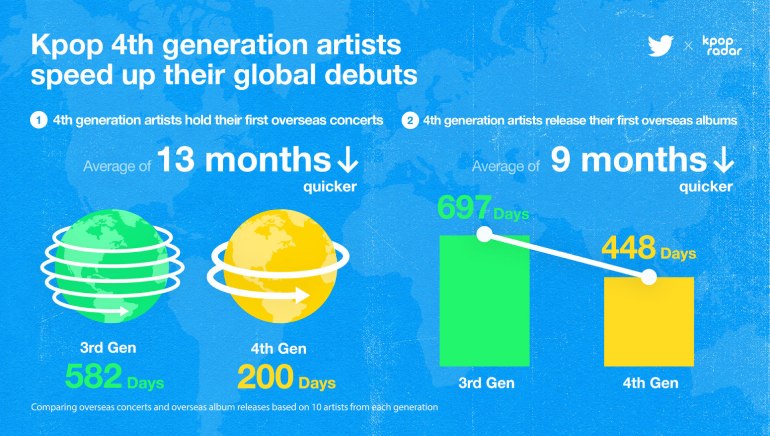 "Direct communication with global fans through Twitter has now become a success formula for K-pop artists," said YeonJeong Kim, Head of Global K-pop and K-Contents Partnerships at Twitter, who has led this analysis. "When BTS, a 3rd generation K-pop group, had intimate real-time conversations with its global ARMY, it set an example for the 4th generation to make this a feature of their engagement with fans. Fourth generation artists like THE BOYZ, Stray Kids, ATEEZ, TOMORROW X TOGETHER, GIDLE, ITZY, TREASURE, ENHYPEN, and aespa, who have been using Twitter as an active communication channel even before their debut, are advancing to the global stages faster than the previous generations, which demonstrates that digital-based communication has a significant impact on growing their fandom." (Source: Twitter)