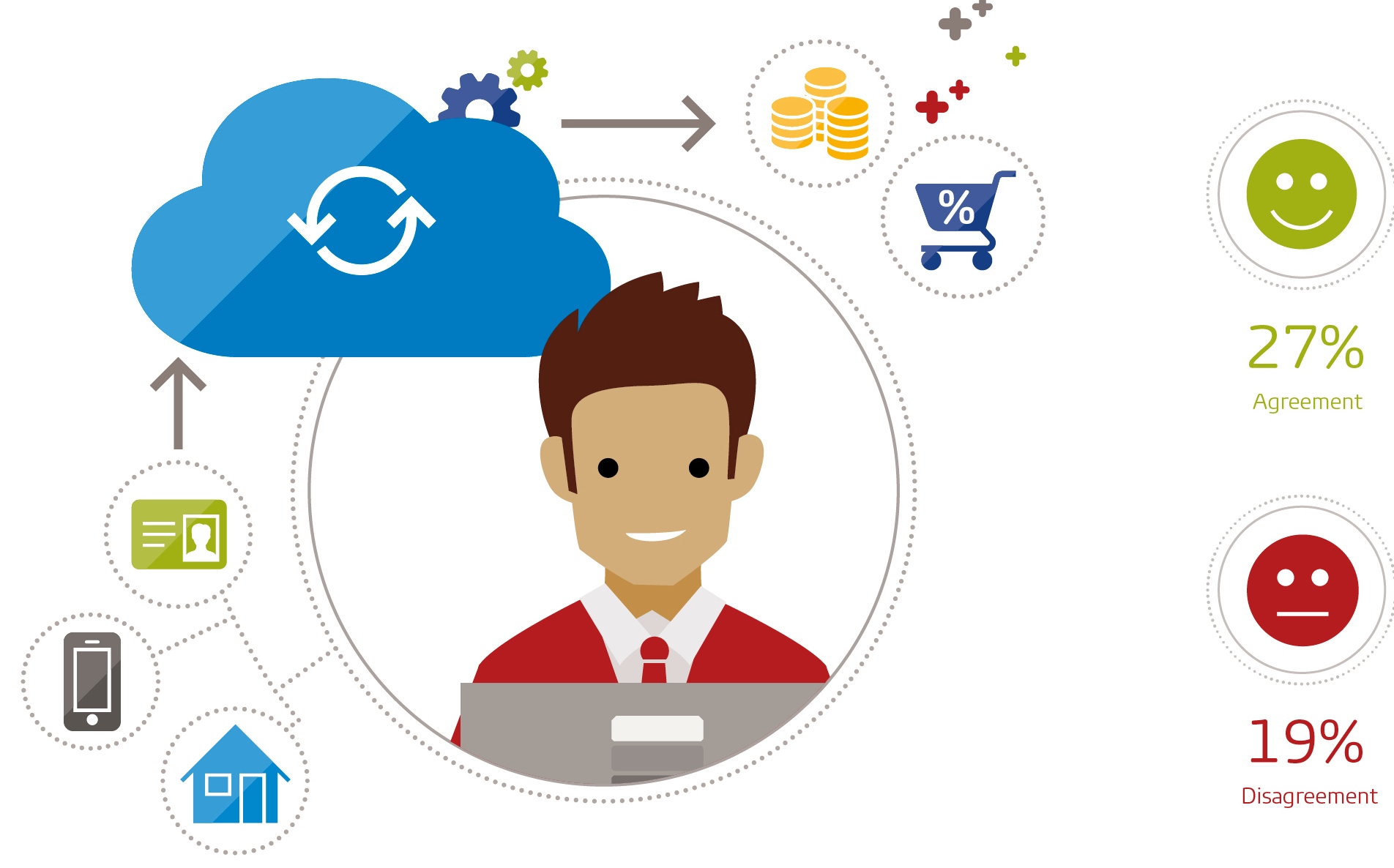 GfK asked people online to indicate how strongly they agree or disagree with the statement, "I am willing to share my personal data (health, financial, driving records, energy use, etc.) in exchange for benefits or rewards like lower costs or personalized service" - using a scale where "1" means "don't agree at all" and "7" means "agree completely." 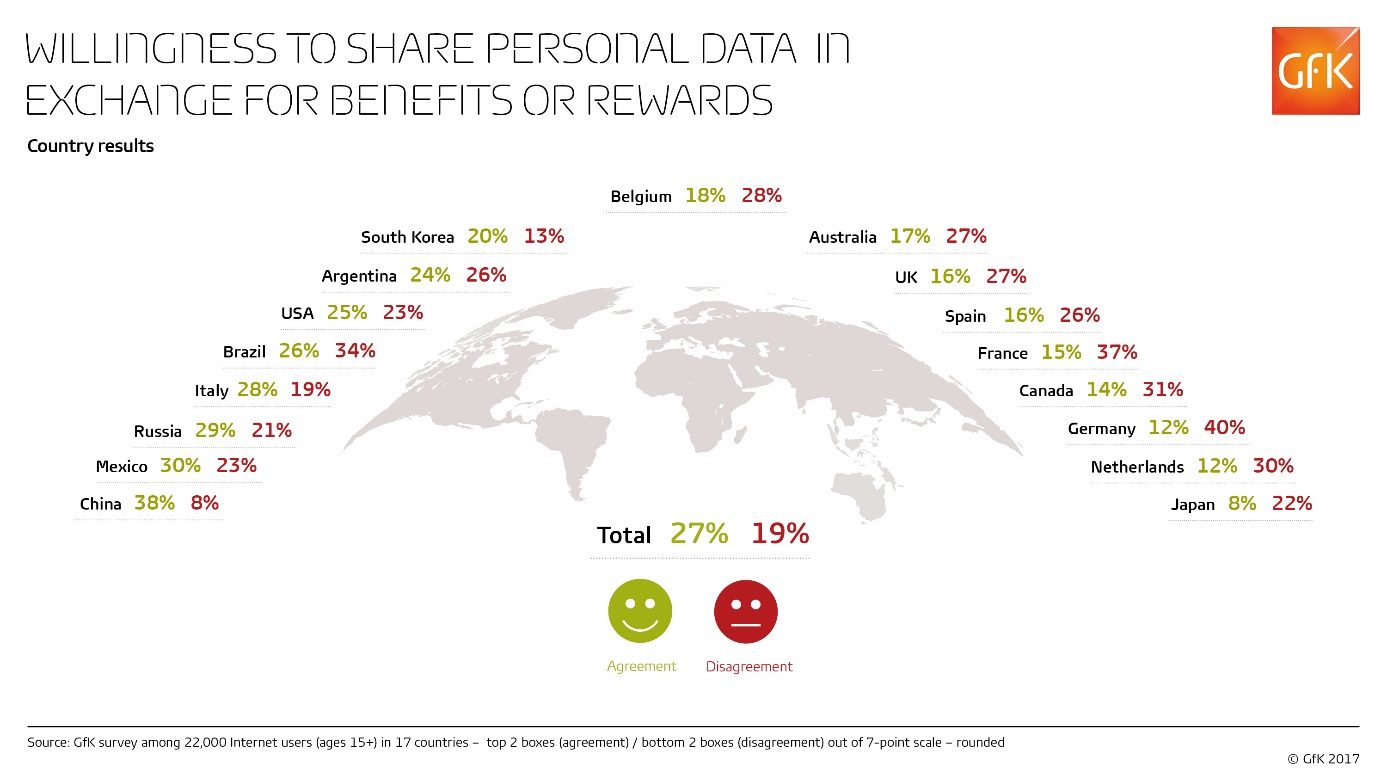 People in China are most ready to share their personal data in exchange for benefits, with 38% of the online population saying they are firmly willing to do so and only 8% firmly unwilling. Other countries with higher than average levels of willingness are Mexico (30%), Russia (29%) and Italy (28%).

Equal percentages of both men and women are firmly willing to share their data in return for benefits - both standing at 27%. However, more women than men class themselves as firmly unwilling, standing at 21% of women versus 18% of men.

People aged in their twenties and thirties are most likely to share their data, with a third saying they are firmly willing to do so (33% and 34% respectively). They are followed by those aged 15 to 19 years old, at 28%.

By using GfK's findings, businesses might save time and resources through recognizing in advance which target audiences in each country are likely to respond to standard data-sharing offers, and which audiences require bespoke offers designed to align with their specific mindsets.

To download full findings for each of the 17 countries, visit http://www.gfk.com/global-studies/global-study-overview/