Is a Master of Fine Arts the ‘new MBA’? 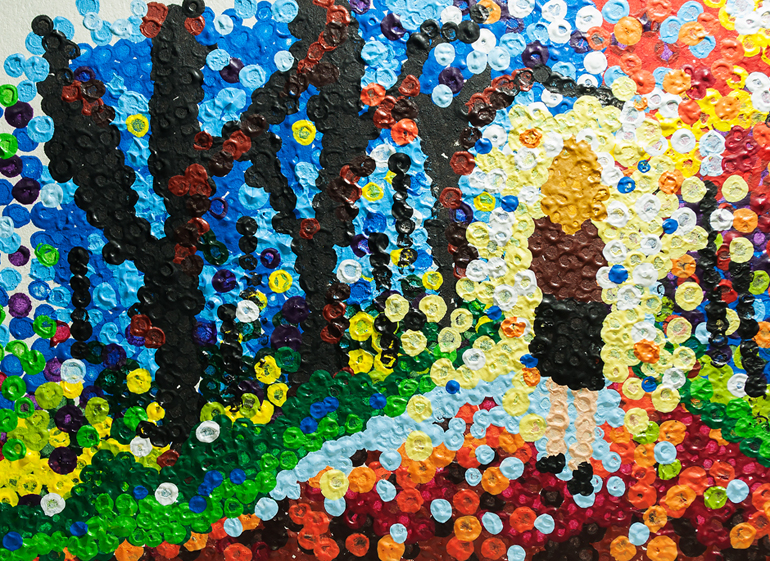 From Richard Branson to Bill Gates, ‘creativity’ ranks as one of the top ten traits of all billionaire entrepreneurs across the globe. This despite the fact that engineering, medicine, business and the professions have long held the high ground of traditional academic degrees. That said, will we soon see the demise of the MBA?

For the past thirty years or more the MBA has stood as the badge of entry into the wider, established business community and many successful leaders have used it as a springboard for corporate success. The MBA has enabled many engineers or accountants to make the transition into the higher echelons of corporate leadership and exclusive boardrooms.

However, while MBAs offer valuable grounding, they are vested in analytical thinking: they teach us to find ‘what is true’. Yet the business world is increasingly characterised by hyper competition, disaggregated supply chains and a smorgasbord of choice for consumers. In this environment, there is an imperative to embrace creative and intuitive thinking in favour of analytical thinking, in order to succeed where consumers are looking for delight and memorability.

In a highly commoditised market, it is our creative minds which cannot be replicated.

In 2011, Google’s vice-president for consumer products declared: “We are going through a period of unbelievable growth and will be hiring about six thousand people this year – and probably four to five thousand from the humanities or liberal arts.” If the MBA isn’t as relevant today as it always was – what are the essential credentials or skills needed for reaching unparalleled achievement?

Tim Brown, CEO and president of the international design consulting firm IDEO, believes that “We need to use the techniques and methodologies of design to bring hypotheses and proposals out into the world much more rapidly and try them out and evolve them in real life, rather than spending months, years, or even decades writing hypothetical reports in policy think tanks where it doesn’t actually have much of an impact in the end.”

Similarly, Roger Martin, former dean of the Rotman School of Management, considers that “The only way that you can get organisations to change is to give them different tools.”

Both of them advocate a shift in traditional business education, with Martin commenting that with America producing 150 000 MBAs annually, we’re in danger. “If they’re all being taught how to analyse things to death, that’s going to affect how they’ll shape the future of business.”

In both of his books, The Design of Business and The Opposable Mind, Martin explains the virtues of thinking differently. He maintains the secret to success lies squarely in the domain of thinking (the arts). He cautions that following best practice poses a danger: “By emulating what a great leader did in a particular situation, you’ll likely be terribly disappointed with your own results. Your situation is different. Instead of focusing on what exceptional leaders do, we need to understand and emulate how they think.”

Martin shows how integrative thinkers are relentlessly diagnosing and synthesising by asking probing questions, including: “What are the causal relationships at work here?” and “What are the implied trade-offs?” He advocates drawing on different kinds of knowledge, including conceptual and experiential knowledge. It’s a Master of Fine Arts that nurtures people’s creativity and teaches them to think in this way. 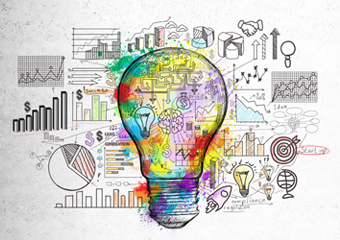 In line with this, the challenge for engineers today in a commoditised market has ceased to be technical perfection which is easily replicated. It’s about problem finding, problem solving and tackling ambiguity with a creativity bent on reimagining a future and designing ways to get there. Successful businesses of the future would do well to heed the arts and bring them back to business.

Extend this even further, and enlightened universities are now embedding the principles of design and creativity into their business and engineering schools. They are starting to recognise this is what successful businesses of the future will want from their graduates. A good example of this is the Bachelor of Creative Intelligence and Innovation at the University of Technology in Sydney where design thinking is taught to undergraduate engineers, accountants and marketers.

The classic example of this propensity is Steve Jobs – the poster child of business success. His pursuit and realisation of beauty had little to do with a formal business degree. From working at a video games manufacturer, he quit to spend seven months wandering across India looking for spiritual enlightenment – a far cry from any MBA classroom.

In his famous commencement speech at Stanford University, he also acknowledged Robert Palladino, the Trappist monk who instructed a calligraphy course at Portland’s Reed College, as inadvertently inspiring the elegance for which Apple computers are renowned today.

“It was the first computer with beautiful typography,” Jobs said. “If I had never dropped in on that single course in college, the Mac would have never had multiple typefaces or proportionally spaced fonts.”

Jobs put an emphasis on function, stressing the importance of usability and usefulness while accentuating the form, which serves the more aesthetic and perhaps social needs of customers. No company has achieved such heights of success by producing beautiful products as Apple.

Today’s successful engineer should be driven by business and technical knowledge together with art. We are living in a transition time and this time calls for new models, a new management mindset and new management tools.

Art is an important, dynamic part of the mould that makes up the progressive business climate today. Should we be studying Tchaikovsky and Shakespeare at the same time as the management theories of Peter Drucker?

One thing is for certain: relying on ‘business as usual’ in today’s landscape is as good as staying on board a sinking ship.

By Fiona Fitness
Fiona is a Marketing and Communications (M&C) Advisor at Aurecon. She is particularly passionate about finding creative solutions to problems while helping to develop and manage a number of key business initiatives and M&C projects across Australasia.