We have news for you: It’s not just another day at the office! 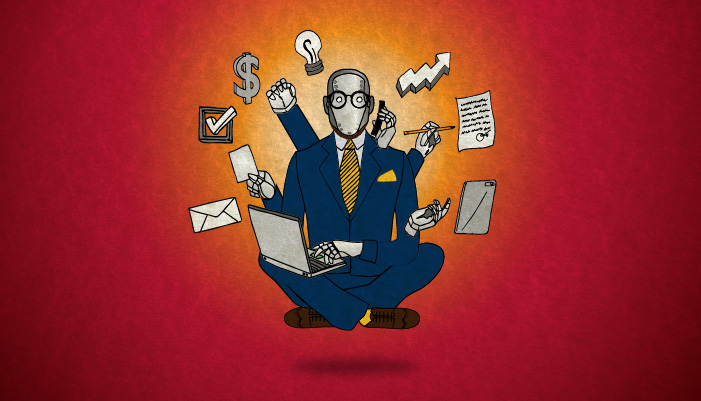 Sure, businesses have always changed as management theory, materials and technology evolves – but never before has the pace of change been as intense.

In the video ‘Humans need not apply’, the narrator (in this case, a clearly robotic voice) proposed that “Horses aren’t unemployed now because they got lazy as a species… they are unemployed because they became unemployable! Many bright, perfectly capable humans will find themselves the new horse – unemployable through no fault of their own!”

Driven by technological progress and increasing globalization, the ‘information age’ will leave no paradigm unturned as it radically disrupts our workplaces and the way we manage them. There’s an urgent need for forward-thinking companies to challenge age-old paradigms around both job definition (‘what’ we do); differentiation (‘how’ we do things) and hierarchy (‘who’ does the ‘what’).

Could changing how we view these today, help us compete tomorrow – and avoid (to as great a degree as is possible) the horse’s fate? If the price of doing things the same way becomes much higher than the price of change, how can we adapt to win?

Automation is a tool which allows us to produce abundance for little effort. While many studies and articles would have us believe that over the next 30 years, a myriad middle class professions will be outsourced to automation, a recent McKinsey article suggests that “As the automation of physical and knowledge work advances, many jobs will be redefined rather than eliminated – at least in the short term.”

According to their research, “Very few occupations will be automated in their entirety in the near or medium term. Rather, certain activities are more likely to be automated, requiring entire business processes to be transformed, and jobs performed by people to be redefined, much like the bank teller’s job was redefined with the advent of ATMs.”

In other words, automation is likely to change many great occupations, and our focus should shift from replacement to redefinition.

Rather than assume that automation will primarily affect low-skill, low-wage roles, this suggests that even the highest-paid occupations, including CEO, involve activities that can be automated. As such, there’s a need to think less about automating occupations and more about ‘redefining roles and processes’. 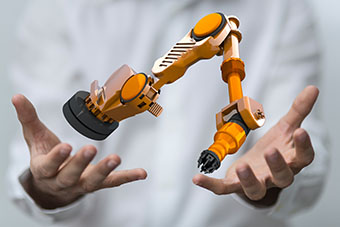 Staying ahead of metal and chip

Directly related to this is the fact that keeping your game on in future will require an ahistorical amount of creativity and innovative thinking.

We will need to differentiate that which only man can do from that which automation may absorb. Yet, research suggests that creativity and sensing emotions (that which machines cannot closely replicate, yet) constitutes only 4% of work activities across the US economy.

While these figures might be cause for alarm, they are also a call to arms. As automation increases, our focus should be on tasks that utilize creativity and emotion.

Critically, new ways of remaining competitive will also need to influence how we manage. As the advent of digital increases competition, the importance of staying connected to the market and customer needs will increase.

A case in point? About 20% of the world’s websites are run on Automattic’s WordPress platform. It’s one of the most important internet companies, but only employs a couple of hundred people who all work remotely, with a highly autonomous flat management structure.

Similarly, Basecamp, who produce software for distributed collaboration, have a structure which looks a lot like Automattic’s.

And this success isn’t limited to software companies. Manufacturing company Gore is one of the most successful firms in the world. Across its 10 000 employees, it has only three levels of hierarchy: the CEO (elected democratically), a handful of functional heads, and everyone else.

Shying away from a command-and-control structure, current CEO Terri Kelly says: “It’s far better to rely upon a broad base of individuals and leaders who share a common set of values and feel personal ownership for the overall success of the organization. These responsible and empowered individuals will serve as much better watchdogs than any single, dominant leader or bureaucratic structure.”

Yesterday’s workplaces are evolving. Jobs will be at risk not because of replacement, but because leadership and management are oblivious of the need to reshape themselves. The businesses that do not reshape themselves and the role definitions of their employees run the risk of being beaten by the ones that do. In the future, companies who respond, restructure, and evolve will be those who succeed.