Mobile is driving the gaming market 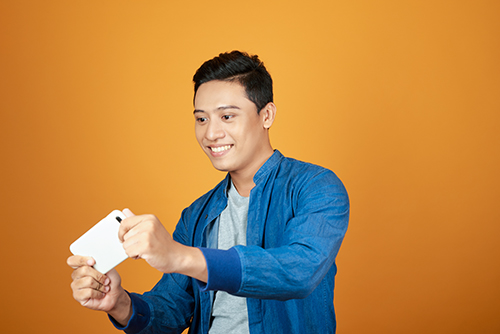 Mobile games will account for more than 60% of the total gaming market share in 2022 according to a forecast by Data.ai. Ultimately, the data and analysis service provider expects the games market to reach a total volume of $222 billion this year.

Mobile gaming takes the majority of the market shares and is expected to surpass $136 billion this year. This means that smartphone games are growing 1.7 times faster than the gaming market as a whole.

Consumer spending on the small, mobile companion has also reached a new all-time high. In the first quarter of 2022, users spent more than $1.6 billion per week on mobile games on iOS and Google Play, up 30% from pre-pandemic levels.

Mobile gaming is the most inclusive form of gaming to date for all genders, generations and gaming interests. In addition, there is the uncomplicated equipment compared to playing with the console. The smartphone has enabled full democratization of gaming, giving every type of gamer access to their niche, be it a specific subgenre or demographic. The latest report from Data.ai, powered by Game IQ, highlights the range of interests reflected in the app stores' most in-demand subgenres.

According to IDC, most mobile gamers (at a 3:1 ratio) would rather see ads in exchange for free content and services than pay for apps and thereby avoid ads, despite increasing privacy demands. Data.ai numbers also show that games funded through app stores are experimenting with hybrid models that include advertising to make free games more accessible to a wider audience and more lucrative for publishers.

Decades ago, it was already foreseeable that digitization would change the entertainment industry. In particular, the developments in the gaming sector do not seem to have been completed yet. Due to the pandemic, the numbers are even in the three-digit billion range, with mobile gaming being the strongest growth driver.

Consumer spending is up 30% from the year before the pandemic and, at $136 billion, accounts for more than half of the overall games industry market share. Although smartphone gaming is pulling all age groups in front of the mini-screen, manufacturers seem to have a special interest in Gen Z, as many of the top games are geared towards them.