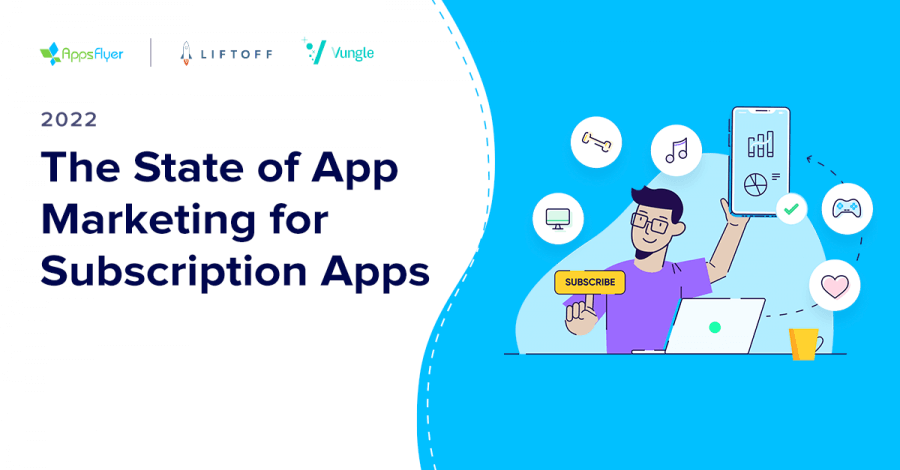 Around three months ago, AppsFlyer, in partnership with Liftoff, released the State of App Marketing for Subscription Apps, an in-depth report containing key insights that detail consumer trends and help marketers understand how subscription apps are navigating the age of digital privacy. A total of six billion installs of apps had been analyzed between January 2021 to March 2022.

As subscription-based apps grow year-over-year (YoY), reflecting the change in consumer behavior, apps in multiple categories have begun to adopt the subscription model. While gaming apps represent almost 11% of all subscription apps, it’s non-gaming apps (health & fitness, photography, and entertainment) that make up the lion’s share of apps that offer a subscription.

The growth is also positive for app developers. Subscription-based monetization strategies are predictable, easily tested, and therefore have the potential to be more profitable. Additionally, subscription apps in app stores receive a higher revenue share from subscription fees compared to non-subscription apps, with developers receiving 70% of subscription revenue, which rises to 85% after a year.

Global trends from the report include:

“While app marketers are drawn to adopting a subscription pricing model because it allows them to better predict future income and enjoy a recurring revenue stream, in reality, it’s vital to understand that offering a subscription model is a major commitment,” said Shani Rosenfelder, Head of Content & Mobile Insights, AppsFlyer. “Subscription apps thrive when providing continuous value and content and building personal relationships with their users. If an app cannot deliver on its promise to provide continuous value and content, the subscription model will not work.”

Finally, as usual, keep in mind that only apps that regularly offer new quality content will succeed, as today's consumers have increasingly high expectations.