Media Tablets on the Up in Asia Pacific, Says IDC 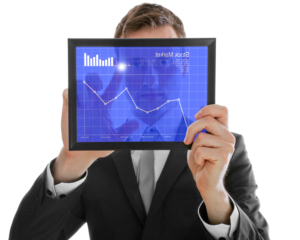 Key countries for media tablet sales in the near term include the developed markets of Australia, Hong Kong and Singapore, while China and Korea will be major opportunities towards the end of the forecast period.
IDC defines media tablets as tablet form factor devices with 7-12in. color displays, harnessing ARM-based processors and running lightweight operating systems such as Apple's iOS and Google's Android OS. Apple's popular iPad characterizes the first wave of media tablets, but further efforts will come from both PC and mobile phone makers.

"Media tablets are expected to occupy a space between Smartphones and portable PCs without replacing either. They will complement PCs as media consumption devices, while allowing seamless sharing of content with mobile phones. Currently marketed as multifunction entertainment devices, the success of media tablets will hinge critically on the availability of local applications and content," commented Bryan Ma, Associate Vice President, Asia/Pacific Devices and Peripherals Research at IDC.

"Media tablets are certainly the talk of the town today, but the next year or so will be critical for the category's evolution as early adopters figure out what they really need a media tablet for, and in what kind of usage scenario," said Bryan. "Even if e-Book content is not as readily available in Asia as in Western countries, simple web surfing and gaming apps could still provide enough of a value proposition to allow the category to move forward here."

However, despite the early promise of the category, significant challenges remain. Hardware makers appear uncertain about the choice between x86- and ARM-based platforms. The myriad of operating systems touted for the category, which includes from Android, Chrome, MeeGo and WebOS, will also further serve to fragment and impede the development of the market.

Bryan concluded, "IDC remains cautiously optimistic about the longer term potential of the media tablet segment. In Asia in particular, the iPad is likely to spark off intense competition from Asian brands, leading to a wealth of offerings in varying price tiers. With operators migrating towards 4G networks in the coming years, media tablets will further become a strategic vehicle for increased mobile data usage. There are certainly roadblocks, but the media tablet appears here to stay."