Google to Overtake Yahoo in Display Advertising this Year 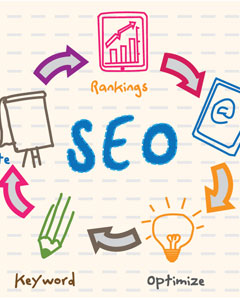 The specialist search and social marketing agency, Greenlight, expects search giant Google to overtake Yahoo and become king of display advertising by the end of the year.

The agency further predicts that 2012 will be the year of social link building and that social media sites will take on a multi-faceted identity.

2011 was a busy year for the search industry with Google acquiring Invite Media and Teracent. In early December, Google officially launched its DoubleClick Search V3 platform (DS3), a bid management program which combines Yahoo and MSN into an AdWords type interface, and made a substantial investment in the DoubleClick platform, specifically DoubleClick for Advertisers (DFA) and the Exchange, which raises the question, if online advertisers really need to invest elsewhere when Google is pretty much geared up to be the one-stop-shop.

“Google’s noteworthy acquisitions and investments in 2011 combined with the mighty AdWords suggest that by the end of 2012, not only will 90 percent of advertisers’ Search budgets be in AdWords, but also that this trend is set for display,” says Hannah Kimuyu, Paid Media Director, Greenlight.

Adam Bunn, SEO Director at Greenlight, believes that the confluence of user signals influencing search engines’ perception of brand strength, and that in general everyone who is active on social media, helps building links, which will make 2012 The Year of Social Link Building.

What users search for can tell search engines about the strength of a brand, because the strength of the brand directly influences those searches. As such, Bunn argues that social media is now the best means of influencing brand perception online. At the same time, more and more marketers are cottoning on to the fact that social media can dramatically catalyze search engine optimization (SEO) campaigns, by increasing the speed of accrual and the volume of natural links pointing to a site.

“It is time to stop thinking of SEO as a bubble”, says Bunn, adding: “It is SEO = Digital PR; SEO = your brand. This year, marketers who think like that when planning their campaigns will win, and those who do not, will be also-rans.”

According to Anna O’Brien, Social Media Director, Greenlight, social media, as it currently stands, does not support myriad different relationships and personalities. While sites like Reddit and 4chan appeal to the user who wishes to share information, cloaked in anonymity, Facebook provides a mass audience live feed. However, while these sites thrive, they live at opposite ends of the spectrum and both only currently provide a single use view.

“Somehow these mainstream sites will evolve to allow you to become more multi-faceted. This is more than Google Circles or Facebook groups. Those cater to organization of content rather than the accurate portrayal of multi-dimensional identities.”