MEF’s Top Prediction: NFC will fail to have a Significant Commercial Impact in 2012 despite increased Investment and Spectacular Trials 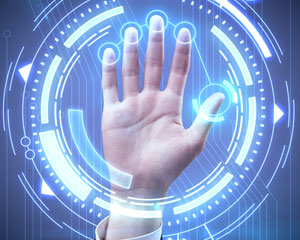 Mobile Entertainment Forum (MEF), the global community for mobile content and commerce, has released its ten predictions for 2012 and put on top of its list Near Field Communication (NFC), saying that there will be increased investment with some spectacular trials in this technology, but that they don’t expect to see it having a significant commercial impact, yet.

Andrew Bud, MEF Global Chair, explained: “This is partly due to the relatively limited number of handsets out there with NFC technology, but also that the consumer benefits haven't been demonstrated.”

He said that although everyone understands the capabilities, NFC is still a solution waiting for a problem: “There will be a lot of good ideas put into practice in 2012, and there will be some spectacular failures, but in order for it to work there have to be failures. Before it will catch on someone has to find a use that works for consumers.”

Bud said the industry, based on consumers paying for items on their mobiles, is already worth $35 billion a year, so there is no doubt that people are willing to pay, on mobile if the correct product and payment method are available.

"The industry needs to find a way of providing a simple and safe payment method, but as you make things safer they inevitably become more complicated. We need to work to find the right balance," he said.

The final prediction on the list is that location-based social commerce will replace social networking as the focus for mobile innovation for brands and retailers.

According to MEF, they received feedback from their members that social media worked fine for them, but they feel it is a bit of yesterday. Location-based services and social commerce are more important as it is about closing the deal, whereas social networks are more about advertising. MEF’s global chair admitted that there are some consumer concerns around targeted advertising which still have to be overcome, but he believes that in the end people value not being pestered with irrelevant content and also value good service, claiming: "If you can use location data to provide a good and relevant service it will overcome these issues."

Have a look now at MEF’s full list of predictions: