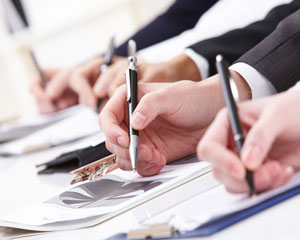 The IPG Media Lab released recently a list of five technology trends that will change the way advertisers approach marketing in 2012, including the following:

Although keyboards and mice have by no means disappeared, the ability to interact directly with your device has become a standard for the most popular consumer technologies.

Research firm Displaybank estimates that close to 900 million touch screen units of all types will be shipped in 2012, while Microsoft’s Kinect - the fastest selling consumer electronics device in history - has eliminated the need for touch altogether. Kinect for Windows is slated to become available in early 2012. In much the same way interaction with our devices is changing, the way they interact with one another is also becoming more seamless. Video is no longer the exclusive domain of the television display or even the PC. Your smartphone can power your entire entertainment experience while in the car and respond to spoken commands. 2012 will bring new meaning to the phrase “hands-free”.

Whether or not they fully understand how the cloud works, consumers have already embraced the streaming paradigm, whether it’s through their PC, in their car, or in the living room via their game console.

For music, it began when CDs started to fade in favor of digital downloads and has now progressed to customizable streaming services like Pandora and Spotify, which eliminates the need for any type of storage - hard drive or otherwise.

Video has begun traveling a similar path thanks to streaming services like Netflix and Hulu Plus, which can deliver video through game consoles, stand-alone devices like Roku, or directly through apps installed on connected TVs. Although we see the “over-the-top” phenomenon increasing in the next few years (MAGNAGLOBAL’s estimate is 9% of households by 2015), it’s still not a death knell for traditional TV (remember DVRs?). The biggest obstacle for adoption will be the availability and pricing of appropriate bandwidth.

The increasing volume of information captured by enterprise, multimedia, social media, location-based platforms, and the ‘Internet of Things’ has created an ocean of data on consumer behavior. The ability to analyze this deluge of information and turn it into actionable ideas will become a serious competitive advantage in the marketplace. A recent Corporate Executive Board survey revealed that Big Data is one of the three top issues keeping CMOs up at night - with the danger of ‘analysis paralysis’ looming large.

If the key to big data success is to identify and organize the information of greatest value, companies will need to increasingly rely on the right person for that job. The Chief Data Officer, a position which a decade ago existed at relatively few companies, now seems poised to be indispensable to corporations in a wide variety of fields. They will not only be tasked with staffing a team of skilled analysts, but will also help their CMO counterparts sleep better at night.

4.  Brick and Mortar Strikes Back

a)    Cookies for The Real World: Until recently, the digital space has offered a host of measurement capabilities and tracking that couldn't exist in the physical world. However, audience measurement tools like facial recognition, eye-tracking, and Wi-Fi sensors are helping to level the playing field. It is now possible to track how many people are in or near the store, or the gender and age range of customers looking at their digital signage. The metrics gathered from these tools will help companies better understand their consumers and make decisions that increase revenue.

b)    Digital Shopping Assistants: While 52% of 2011 holiday shoppers with smartphones used their device to help with their purchases, only 19% of retailers have special shopping assistance apps. Developing great apps to enhance the in-store experience will become essential to building customer loyalty and beating the online retailer competition.

c)    Indoor Mapping: Google's recent commitment to indoor mapping indicates a growing opportunity for retailers to deliver customized offers and loyalty rewards based on proximity in-store. Consumers can create shopping lists at home on a retailer's app and then easily find products and related offers on site.

The young children of today are part of the ‘Internet generation’, having never known a world without the World Wide Web. They are also becoming well-versed in the latest consumer technologies - a survey by PBS in May 2011 found that 70% of parents with iPads let their kids use them regularly and there are a growing number of apps designed specifically for 6-12 year olds. More recently, Microsoft added Kinect-enabled episodes of Sesame Street to its Xbox Live marketplace, allowing children to interact directly with the characters onscreen. Since today’s kids are the consumers of tomorrow, the technologies they become comfortable with are likely to be the ones that make it to the next generation.

Although near field communications has a lot of potential, there are a number of barriers preventing it from breaking through to the mainstream in 2012. A limited number of handsets support the technology, and until all major manufacturers endorse NFC over competitive platforms like Bluetooth 4.0, there is potential for a fragmented market to develop. It will also take time for users to shift gears and adopt the mobile wallet model; loyalty programs and convenient information delivery are more likely to dominate the first wave of NFC successes.

In 2011, we saw a handful of high profile executives declaring cord cutting a fad, while others sounded alarms that cable television is headed for a major crash. The truth lies somewhere between these extremes; cord cutting (or ‘over-the-top’) is real and streaming services continue to gain steam, but the number of people eschewing traditional cable is far from a mass exodus.

3.  You Need To Customize Your QR Codes

While QR code adoption continues to make modest gains, inability to quickly scan a code remains one of the format's biggest challenges. A recent study by Belgian innovation center VIGC discovered that a surprising number of codes are actually unreadable by older smartphones. For the time being, sellers would be better served keeping their codes simple and scanable, rather than giving them a branded look.