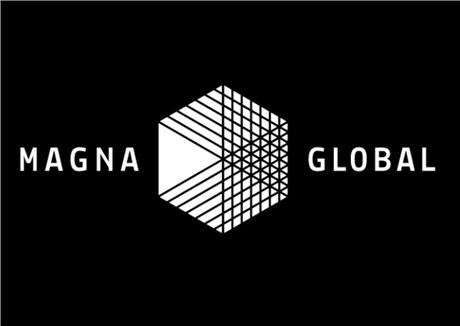 In 2012, media companies around the world saw their advertising revenues grow 3.8% to a total of US$479.9 billion, with that in Asia Pacific growing by an average 5.5% despite a slowdown in emerging Asia markets, especially China (9.2%) and India (2.6%), according to Magna Global Advertising Forecast 2013, which forecasts media owners advertising revenues to grow 3.1% in 2013.

This is 1.4% less than the previous forecast published in June 2012 (+4.5%), but this revision is mostly caused by a slow-down in economic growth and continued economic uncertainty in Europe and the US, as well as the cautionary marketing spend that took place in the second half of last year.

2013: Economy will grow at a moderate pace

The US remains the largest market ($153 billion) in advertising revenues, followed by Japan, China, Germany and the UK.

Asia Pacific will grow by +4.8%. Amidst economic “soft landing”, two of the four BRIC markets (China and India) slowed down to single-digit ad growth in 2012. However, it is expected that China and India will resume double-digit growth in 2013-2014, while Russia remains strong and Brazil will begin to benefit in 2013 from the impact of its Soccer World Cup of 2014.

In Asia, India is expected to re-accelerate after the temporary slow-down of 2012, to +8.7%. Amidst an economic “soft landing” (+7% to +8% GDP growth) that might be more durable, Chinese advertising will grow by +9.5% in 2013 before going back to double-digit growth starting from 2014. Two factors will continue to sustain China and India in the long term: a very low ad-per-capita ratio ($28 per year per capita in China, $6 in India compared to the global average of $91); and the need for global advertisers to reach the rising middle classes, seize the window of opportunity and emerge as leading brands, as only few Western brands are likely to remain significant in the long term. The fact that, for instance, car sales growth is temporarily slowing down in China, does not mean automotive manufacturers will reduce the growth of their marketing investment in the mid-term; the fight for leadership will continue.

Japan is forecasted to return to stagnation (+0.2%) when faced with economic slow-down again, and a strong comparison year 2012; Australia will post modest growth (+1%), while most other markets in Emerging Asia will experience explosive growth: for instance Malaysia (+9.7%) and Vietnam (+13.4%).

Real GDP growth will average +3.3% globally, according to the October update from the IMF, which is slightly below IMF’s July prediction (+3.5%). Advanced economies are predicted to grow by only +1.3%, although there is a widening divergence between the slow but steady recovery in the US (+2.2% growth) and protracted weakness in the euro area (-0.4%). More recently OECD downgraded its own forecasts to +1.4% among its members, and -0.4% for the euro area.

Media owners advertising revenue growth forecast for 2013 has been revised to +3.1% in the report, down from +4.5% in June. That prediction is of course based on the assumption that neither the US nor Europe will fall into their respective fiscal and debt “cliffs” and the current economic forecasts will materialize. Of the 69 markets analyzed, 57 will experience advertising growth while 12 will decline. That is better than 2012, when 22 countries out of 69 showed declining ad revenues.

On a global basis, 2013 will be a seventh consecutive year of decline for Newspapers ad revenues (-3.4%) as fewer emerging markets now record enough growth to offset the rapid decline otherwise observed in developed markets. Magazines will decline by -4.3%, still suffering from the combined pressure of television and the growing targeting capabilities of digital media. Television advertising growth will slow down to +2.3%, mostly due to the US market (US television represents about a third of global television: $62 billion in a $202 billion global market). Out-of-home ad sales (including cinema) will increase by +3.4%. Radio will grow by an average +1.5%. Because it’s on average five times cheaper than national TV or eight times cheaper than print, radio is in demand and should be able to increase its rates in 2013.

Digital media will see the largest increase in revenue in 2013 with 13.5%, as more investment shifts towards online video and mobile-based formats as well as paid search (+14%), according to the report.

We are looking forward to the future….