Outlook 2013: challenges ahead for Asian markets 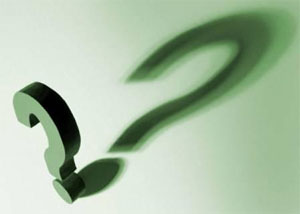 With $145.9 billion in total advertising, Asia Pacific has by now the second-largest advertising economy worldwide after North America, according to eMarketer. The total ad spending in Asia Pacific actually even grew faster in 2012 than in North America and that trend will continue, thanks to budding advertising economies and extraordinary growth rates in internet and mobile internet use in China, Indonesia and India.

With investments of $47.3 billion in 2012, or one-third of Asia Pacific’s total, Japan led the other countries in the region in ad spending, bouncing back from a 5.9% decline in traditional media ad spending in 2011 that resulted from the March 2011 earthquake and tsunami. However, Japan’s setback in ad spending in 2011, combined with China’s robust consumer base and the increasing advertising opportunities marketers are taking advantage of there, will help propel China ahead of Japan in ad investments by $3.4 billion in 2014. At that point, China will make up 31% of Asia Pacific’s total and will be second only to the US in ad spending worldwide, eMarketer states.

In 2016, digital ad spending in Asia Pacific will amount to more than $53 billion, eMarketer estimates further, and while North America will remain the world’s top digital ad market for some years to come, the momentum in Asia is far greater.

The mobile landscape presents a similar picture. Asia Pacific is by now home to some 2.15 billion mobile phone users, which is more than half of the global total and that slice is growing. By 2016, Asia Pacific will account for 57.7% of all mobile phone users, nearly ten times the North American share, with China (880 mio.)) and India (470 mio.) contributing most to this teeming mobile population in 2012. In China alone, the mobile consumer base will top 1 billion in 2014. As a result, mobile is becoming a primary platform for advertisers and marketers in the region.

Control Risks, a global business risk consultancy, recently published its annual RiskMap report, which we thought could be of interest to you. Now in its 30th year, RiskMap highlights again the most significant underlying trends in global risk for businesses and investors, and offers insights from the markets that will matter most in 2013.

Introducing RiskMap, Richard Fenning, CEO, Control Risks said: "RiskMap this year describes a world in which certainties are in shorter supply and leadership more difficult to exercise. Managing companies or countries has become as much about reacting swiftly and decisively to changing circumstances as it has to do with the implementation of a strategy or policy."

Asia's largest economies - China, Japan, India, South Korea and Indonesia - are all undergoing or approaching important leadership transitions. The resulting politics are not conducive to effective leadership, limiting prospects for positive reforms and, in some cases, raising risks of populist policies that hurt business.

Despite an upturn in key indicators, China faces a structural economic slowdown, not just a cyclical one. It can grow above 7% for years to come, but only if new leaders tackle fundamental structural reforms. Stronger 2013 growth will boost Asia, but will not roar back like in 2009; volatility and uncertainty are increasing.

In an era of weak global growth, business is more actively searching frontier markets for opportunities, with Myanmar stealing the limelight in Asia. Investors should understand it as a long-term, uncertain and very challenging bet.

Operating challenges, ranging from labour and land disputes to governance and transparency issues, will stay high on the watch-list for many business leaders in the world's fastest-growing region. Managing such risks is getting tougher in Asia's high-potential but increasingly complex and competitive markets.

Even as many of Asia's major economies face problems of their own, businesses and investors continue looking to Asian markets for growth as Western economies struggle to shake off the threat of crisis and recession. This trend raises the prospect of another round of consumer- and asset-price inflation as money heads east. It also brings pressure for new investments and operations in markets where complexity and scrutiny are growing, but most key business risks remain undiminished. The lure of markets like China, India and Indonesia remains strong, while direct investors are increasingly drawn to markets such as Myanmar in the search for untapped potential.

• Sentiment on China will rebound as new leaders settle in and growth picks up, but anyone who thinks 2012 was just another cyclical blip is in for disappointment. Investment-fuelled double-digit growth isn't coming back, 2013 will indicate whether China's new leaders will take on the daunting structural overhaul needed to set a safer course, or tinker and postpone like their predecessors - Control Risks is not very optimistic.

• Japan and South Korea will both have new leaders in 2013 - probably Shinzo Abe and Park Geun-hye, respectively. Both will struggle to avoid their predecessors' fate: promising new solutions to old problems, before becoming too bogged down in political wrangling to deliver. The spending of some honeymoon political capital may temporarily relieve policy inertia, but is unlikely to do much to inspire foreign investors.

• Indonesia and India have key elections in 2014, and related politicking and populism are increasing investment risks in these fragmented and decentralized systems. Despite Indonesia's strengths, complexities in the extractive sector discourage investment while infrastructure and regulatory progress disappoints in both countries. Corruption is under heightened scrutiny from both civic groups and enforcement agencies.

• Investors have been excited by a year of remarkable reform in Myanmar and droves of foreigners scouting deals in Yangon and Naypyidaw. This can obscure the extremely low base from which the business environment is developing, and the immense difficulty of simultaneous political and economic reform. Success will depend on developing institutions to navigate this fraught process, not just on leaders to lead it.

Summing up the outlook for Asia in 2013, Toby Latta, Regional Director for Asia Pacific, Control Risks said: "The emerging and frontier markets in Asia continue to be attractive for businesses seeking alternative areas of growth. However, leadership transitions will add to complexity in several of the region's key markets. Notwithstanding positive growth prospects for the region, business conditions will remain challenging for many, and we see risk retaining a higher position than ever before on every organisation's agenda. In less mature economies, assets, contracts and loans can be adversely affected by government actions. Navigating and managing operational issues will be an area of focus for many businesses."

Despite intimidating challenges, opportunities still exist in surprising places for those able to map and manage the complexity and risk of a volatile world. RiskMap emphasises how much the ability to exploit these opportunities depends on leaders' ability to embed both resilience and suppleness in their organisations and states.