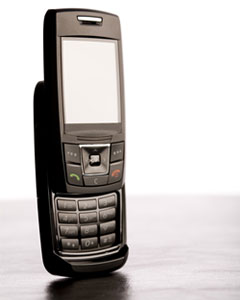 The analysis, how many Internet users visit an owner’s website and what triggered them to go there, is always on the agenda of communications decision makers. However, in these mobile times some questions increasingly come to the fore namely “what device accessed the Website” or “does the user sit in front of the PC or is he surfing the Internet via his mobile device?” A new data analysis application intends to shed light on this.

Google now offers “Advanced Segmentation”, a new function that spots mobile Internet surfers. As the mobile Internet is becoming increasingly important, it is especially interesting to know how many mobile phone users in comparison to the total users cavort on the website. According to Google, not only the sheer number is invaluable, but explicitly how many iPhone users are exploring the Website. In addition, it can find out about the mobile surfers activities and at what times the Website is most commonly used. This data analysis should be especially interesting for marketing and sales departments, as it gives insights on how to manage their Internet presence on mobile devices even better. All findings are for sure important in the light of constantly increasing numbers of mobile smart-phone users, since due to the small size of their displays they demand other requirements for the Website design than the PC or laptop user group. Google’s Advanced Segmentation isolates and also analyzes subsets of Web traffic. Customers can select from predefined custom segments such as "Paid Traffic" and "Visits with Conversions" or create new custom segments with a flexible, easy-to-use segment builder. It is in addition possible to apply segments to current or historical data and compare segment performance side by side in reports. Watch video

Another innovation of Google was launched in February 2009. Google Latitude is an add-on to Google’s highly successful mapping application Google Maps for Mobile, which allows users to track the whereabouts of others through an opt-in process. At launch, it worked in 27 countries and reportedly had 1 million users in the first week. It has since launched enhancements which include adding your city-level location to Google Talk and Gmail messages, and the Google Public Location Badge which allows users to publish their location on their website or blog.  Google’s location platform uses a number of data criteria and location solutions in order to pinpoint the user’s location. It takes the device’s dynamically assigned IP address in order to determine the user’s country information and then identifies the cell tower which is serving the user in order to determine further, the location of the user. This is done by the Google Maps application itself, so that the device can calculate its own location without any further information from or calculations by the operator’s network. In fact, Google has built its own database of cell tower locations and cell IDs, information which is collected through active ‘war driving’ and its mapping application and fed back to its database. Google Latitude also uses the network of WiFi access point locations in order to determine the user’s location, and lastly the GPS functionality on the mobile phone. Google’s service is to some extent dependent therefore on the operator’s infrastructure. In line with its core business model of advertising, Google is likely to focus on monetizing Latitude through advertising revenues, mainly local advertising. It may look at how it could generate revenues from selling contextual information on its users, presumably to advertisers. This will have to be done on an aggregated level in order not to compromise the data privacy of its users.

Ovum, the global advisory and consulting firm, who delivered most of the facts mentioned above, believes that Google will make its location tools, including APIs, available free of charge to developers on the Google platform in order to drive usage of the Web.